The Genealogy of
The Tomlinson Family 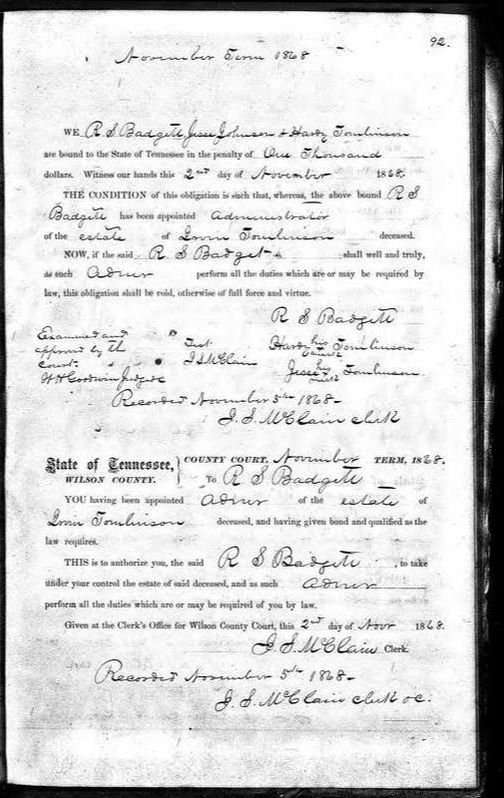 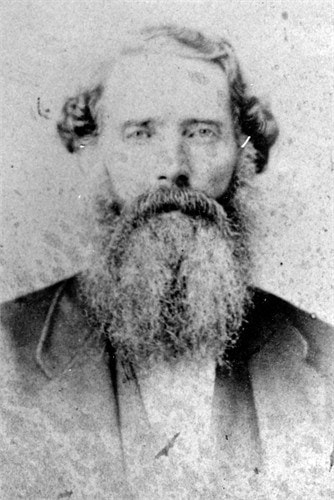 Henry and Parilee’s children are: 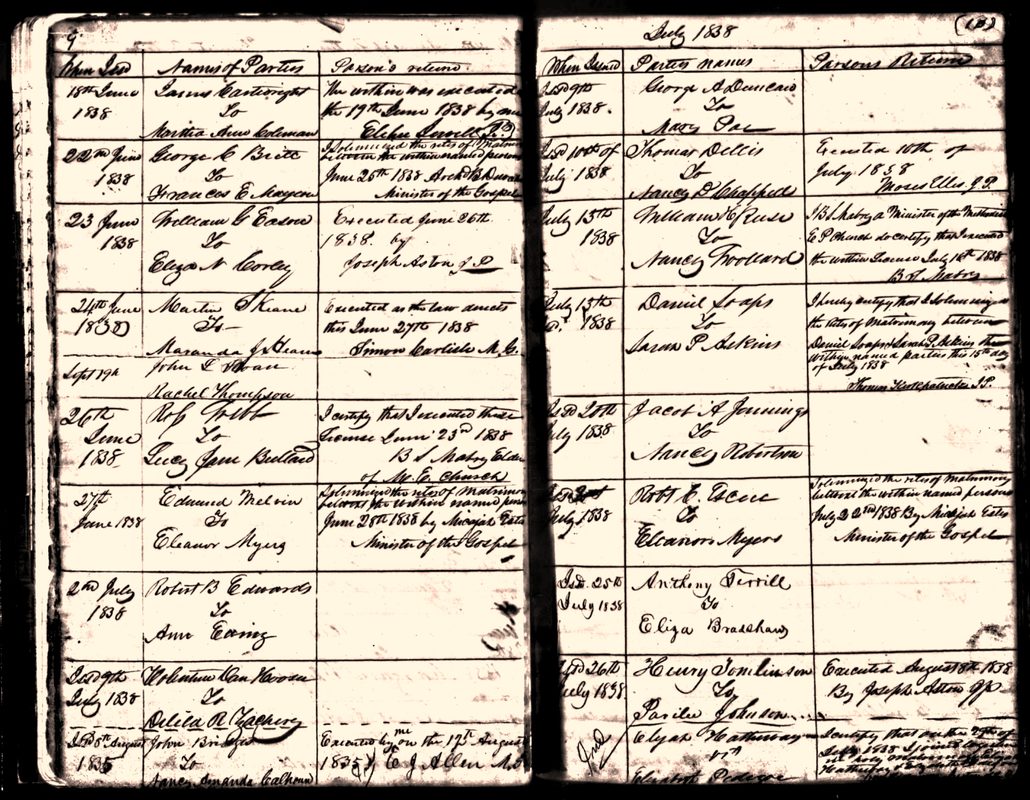 Lucy Vasta Herring
(June 1842 – 1920)
Hardy was born about 1843 in Wilson, Tennessee. Hardy’s middle name is found as either Clayton or Clinton. He married Lucy Vasta Herring on September 04, 1865 in Montgomery, Arkansas. Lucy was born in June 1842 Lucy’s parents were James B. Herring and Margaret Ann Taylor.

Records show that Hardy Tomlinson served in the 4th Regiment, Company I, Arkansas Infantry in the Civil War, rank of private. Hardy’s Petition for Letters of Administration for probating his Will state that he received a pension from the U.S. Government in the amount of $50.00.

Records, filed in the National Archives Film M376 roll 23, state that Hardy enlisted on 6 January 1862 at Dallas, Arkansas.  He was discharged on 15 July 1862. During Hardy’s time of service, the 4th McNair's Arkansas Infantry Regiment was assigned to McIntosh's Brigade, McCulloch's Division of Van Dorn's Army of the West in February, 1862. Fought at Leetown battlefield at Pea Ridge on March 7-8, 1862. Reconsolidated at Van Buren, Arkansas, then marched overland to Des Arc where the regiment was transported by steamboat to Memphis in an attempt to unite the Army of the West with the Confederate Army of Mississippi to attack Grant at Pittsburgh Landing TN, but arrived too late for the Battle of Shiloh. Reorganized at Corinth, MS on May 8, 1862. Served in Price's Division, Army of the West in the Corinth Campaign in May-June, 1862,

The 1910 census shows Nicholas to be 44 years old and living in Hanna, Hughes, Oklahoma. The 1920 census shows him living in Farris, Atoka, Oklahoma, renting his home and stated that he could read and write. 1940 records show Nicholas to be 72 years old, still living in Farris, Atoka County, Oklahoma, and was a farmer and worked at least 32 hours a week. His highest level of education was elementary school, 4th grade. Martha’s highest level of education was the 1st grade. The only other person living with Nicholas at this time was 66 year old Martha Tomlinson.

Velma was a school teacher. Velma taught schools in a variety of small towns in Texas and Oklahoma – among them were Duncan, Oklahoma, Olustee, Oklahoma, Texline, Texas, Booker, Texas, Silverton, Texas and others. Velma was a devout Church of Christ member.

Velma married a Mr. Baker and then she married Elbert C. Dickerson on December 05, 1968 in Hale County, Texas. Elbert was born April 09, 1897 and died on January 16, 1981. Elbert was buried in the Silverton Cemetery, Silverton, Briscoe County, Texas.  Elbert and Velma’s last address together was in Gordonville, Grayson County, Texas 76245.

For more on Richard and Velma, view their story on the Storyteller page, or click here

Click on arrow to go to the Tomlinson main page