The following is taken from an excerpt from "The History of Tippah County, Mississippi", by Tippah County Historical and Genealogical Society, 1981:

In approximately 1835, Edward and [his brother] William Norton moved to Tippah County from Hardeman County, Tennessee. They were among the first settlers and for a while lived in abandoned Chickasaw Indian huts. The Indians did not begin to leave this area until around 1837.

Edward and William married sisters. Edward married Nancy Ann Short and William married Sophia. They lived about 4 miles north of Ripley, which was the first settlement south of the Tennessee line. This area belonged not only to them but other Nortons. In 1838, William and a J.J. Norton owned one of the first grocery stores in Ripley. A railroad stop and crossing which is located on Pine Hill Road was named Norton Crossing in honor of Edward and William. Some of this same land on both sides of Hwy. 15 has been in the Norton family since that time.
​
Edward and Nancy belonged to the Pleasant Hill Church, Tippah County, Mississippi. Edward died on December 16, 1877 in Tippah County, Mississippi and is buried in the Pinehill Cemetery. Nancy died on April 23, 1885 and is buried beside Edward.

Children of Edward and Nancy: 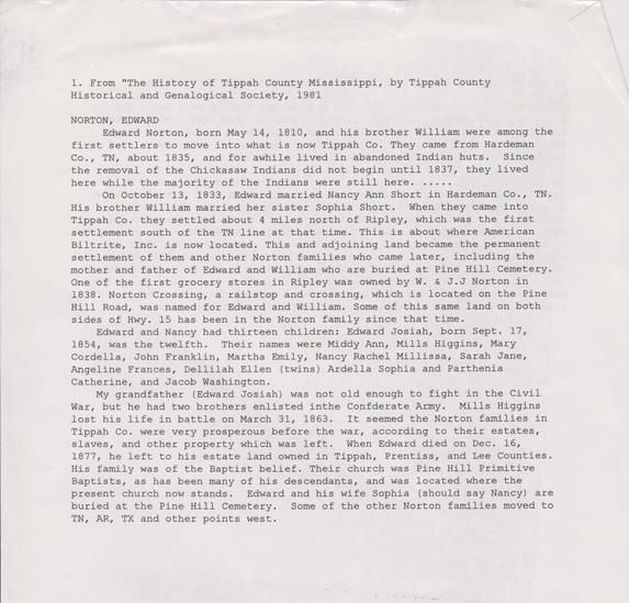 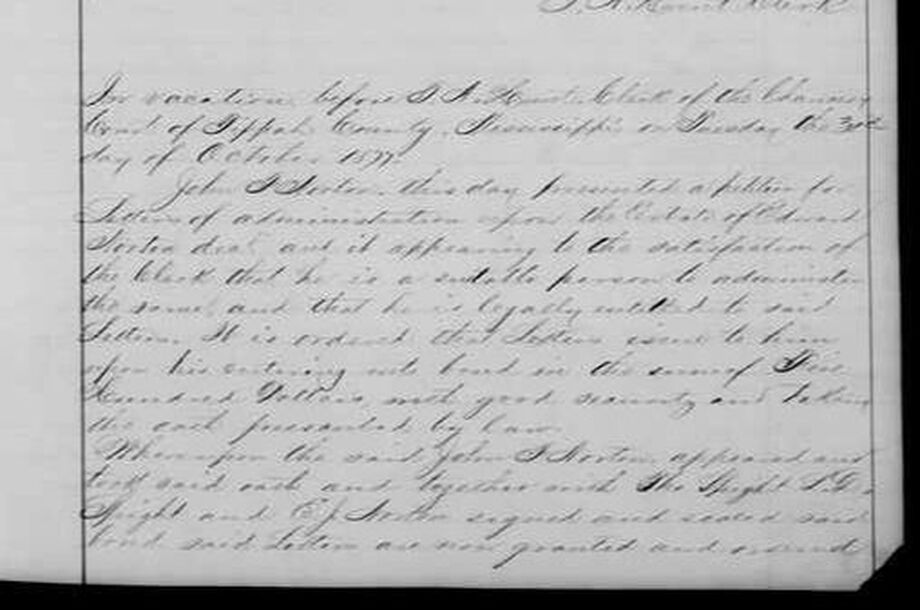 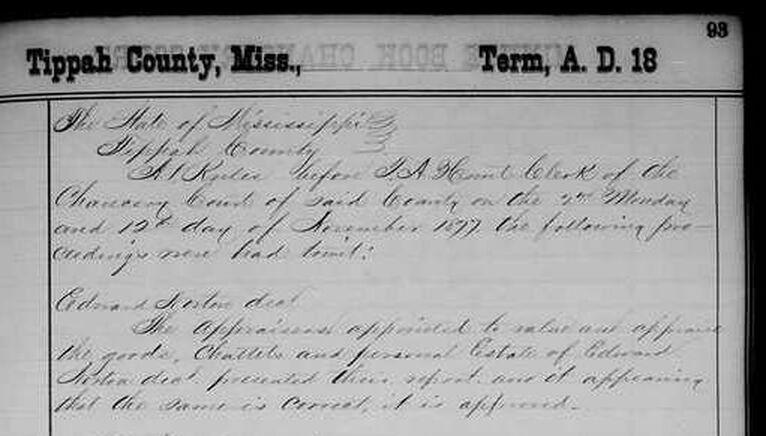 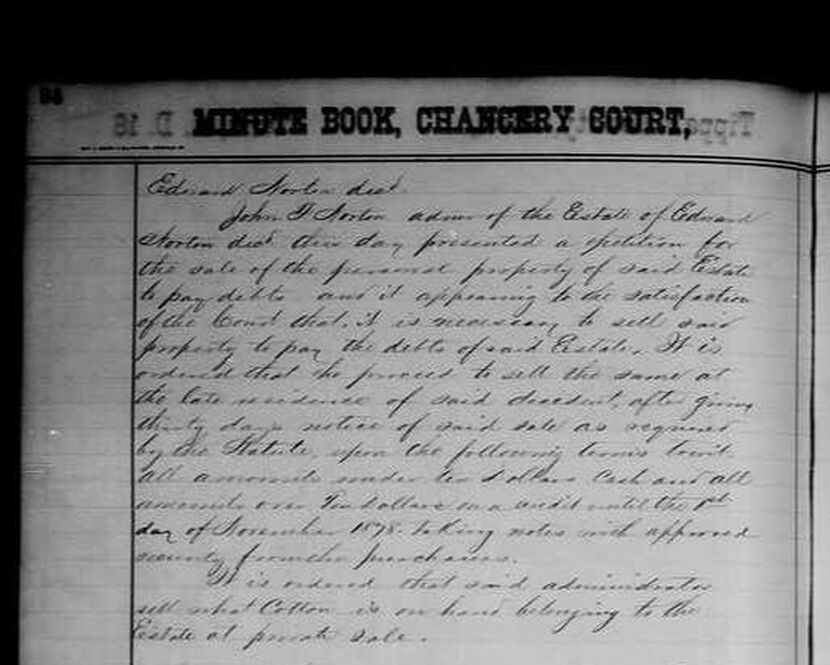 Click on arrow to go to the main Norton Family page