Luke was the son of Josiah Washington Short and Hettie Brumley. Luke married Hattie Buck, not much else is known about her, they had no children. Luke died in in Gueda Springs, Kansas on September 8, 1893 of Bright's Disease. Luke had worked as a cowboy, buffalo hide-hunter, army dispatch rider and scout, and was one of the most respected high rolling gamblers of his time. Luke counted Bat Masterson, Wyatt Earp, and Doc Holiday as friends and they came to his defense in the Dodge City Wars. He was known for his wearing of fine clothes and his generosity. At the time of his death there were more than $150,000 in loans in his book owed him by other gamblers. He had given thousands of dollars to church groups that helped build churches, take care of orphans and other works even though he was an agnostic.

The first reference to Luke in family correspondence is mentioned in a letter from a nephew of Wash's to one of his children. In the letter, he states that Luke had lived in Fort Worth and had killed a policeman in self-defense and that Luke's brother had "got in trouble in San Angelo." He related how Luke's father owned a farm near Whitesboro, Texas and Luke owned a ranch near Bowie, Texas. 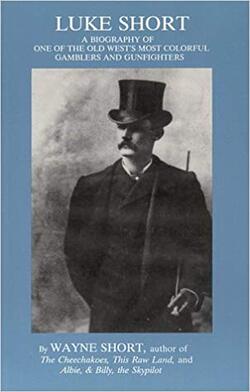 Several books, articles, etc. have been written on Luke Short. The best one I can recommend was a book written by Luke's great-nephew, Wayne Short, entitled "Luke Short, A Biography of One of the Old West's Most Colorful Gamblers and Gunfighters." I encourage you to purchase this book for a more thorough knowledge of Luke Short: before, during, and after the Dodge City Wars. Wayne Short wrote several other books such as: "The Cheechakoes"; "This Raw Land"; and "Albie & Billy, The Skypilot". I have found these books on Amazon for purchase.

​The famous Bat Masterson also wrote a story about Luke Short in 1907 entitled "Luke Short - A Dandy Gunfighter". His story can be read at https://www.legendsofamerica.com/we-lukeshort/    For information on this time in Luke's life, please read Bat Masterson's account as well as Wayne Short's book listed above.
The following are stories published by several authors:

Gunfight Feb 25, 1881
TOMBSTONE, GUNFIGHT AT THE ORIENTAL SALOON!
​A gunfight in front of the Oriental Saloon in Tombstone, Arizona, between Luke Short and Charlie Storms, both of whom were professional gamblers and known gunfighters on February 25, 1881.
Luke Short, cowboy, gunfighter, U.S. Army scout, dispatch rider, gambler, boxing promoter, and saloon owner arrived in Tombstone in late November 1880, where he met up with the likes of Wyatt Earp and Bat Masterson, and he too soon held an interest in the gambling concession at the Oriental.

On the morning of Friday, February 25, 1881, Short was serving as the lookout, seated next to the dealer at a faro game in the Oriental. At the table was another known gunfighter and gambler — a man named Charlie Storms, who had recently arrived in Tombstone. Storms, who had been drinking all night and was unaware of Short’s shooting skills, began to make several rude comments to Short. Just as the two were about to pull out their six-guns, in walked Bat Masterson. Friends with both gamblers, Masterson stopped the fight and talked Storms into returning to his room at the San Jose House.

For a short time, it seemed as if the confrontation had blown over, when suddenly, as Masterson and Short were talking on the boardwalk in front of the Oriental Saloon, Storms reappeared, took hold of Luke’s arm, and pulled him off the sidewalk. Then Storms went for his gun, but Short beat him to the draw and shot him through the heart, blowing him backward and setting his shirt afire. As Charlie was falling to the ground, Luke shot him again. As Storms lay on the ground dead, Luke Short turned to Masterson and said, “You sure as hell pick some of the damnedest people for friends, Bat!” One bystander reported that “the faro games went right on as though nothing had happened.”
http://DiscoverTombstone.com
#tombstone #OKCORRAL #wyattearp #docholliday #haunted #paranormal #ghosttown #wildwest #tucson #phoenix #boomtown #oldwest #sanfrancisco #LosAngeles #SanDiego #UK #London #VisitArizona #ArizonaHighways #saloon #alcohol #gambling #silvermine #gunfight

Two of the most visited grave sites in Oakwood are those of Luke Short and Longhaired Jim Courtright.

Over one hundred years ago, Fort Worth was a major stop on the Chisholm Trail, a cattle route from the plains of Texas to the railhead of Kansas.Lonesome cowboys facing a long, hard drive were attracted to the women, strong drink and gambling offered in Hell's Half Acre, a notorious section of town in the early days.

Luke Short, known as one of the West's best gambling men, bought an interest in the White Elephant Saloon's gambling concession. He was doing a brisk business when former city marshal Jim Courtright returned to town and set up the I.I.C. Commercial Detective Agency. Some say Courtright had a profitable business offering protection to the saloons and gambling halls, a legitimate business in the Wild West. Luke Short felt he had the experience to take care of his own needs in this area and refused Courtright's services.

Short was accused of cheating young trail hands and fleecing local boys and the out-of-towner who were trying their hand at the gaming tables. Other business owners felt this was affecting gambling hall business down the street in Hell's Half Acre. None of these accusations could be proven, but the large money investors knew Jim Courtright could handle the job of controlling Short's enterprise.

On the evening of February 8, 1887, Courtright went to the White Elephant where an argument ensued. Short and Courtright ended up shooting it out on the sidewalk. When the smoke cleared, Courtright lay dying.

Short posted a $2,000 bond, but was never brought to trial for the shooting. It could not be proven if it was murder of self defense. He sold his holdings in the saloon and moved to Kansas where he died of natural causes in 1893. His body was returned to Fort Worth and is buried a short distance from Courtright. 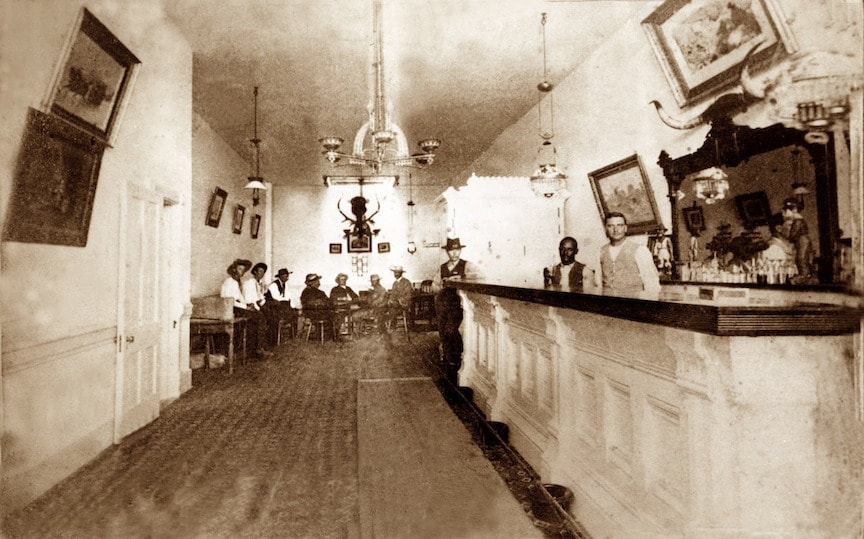 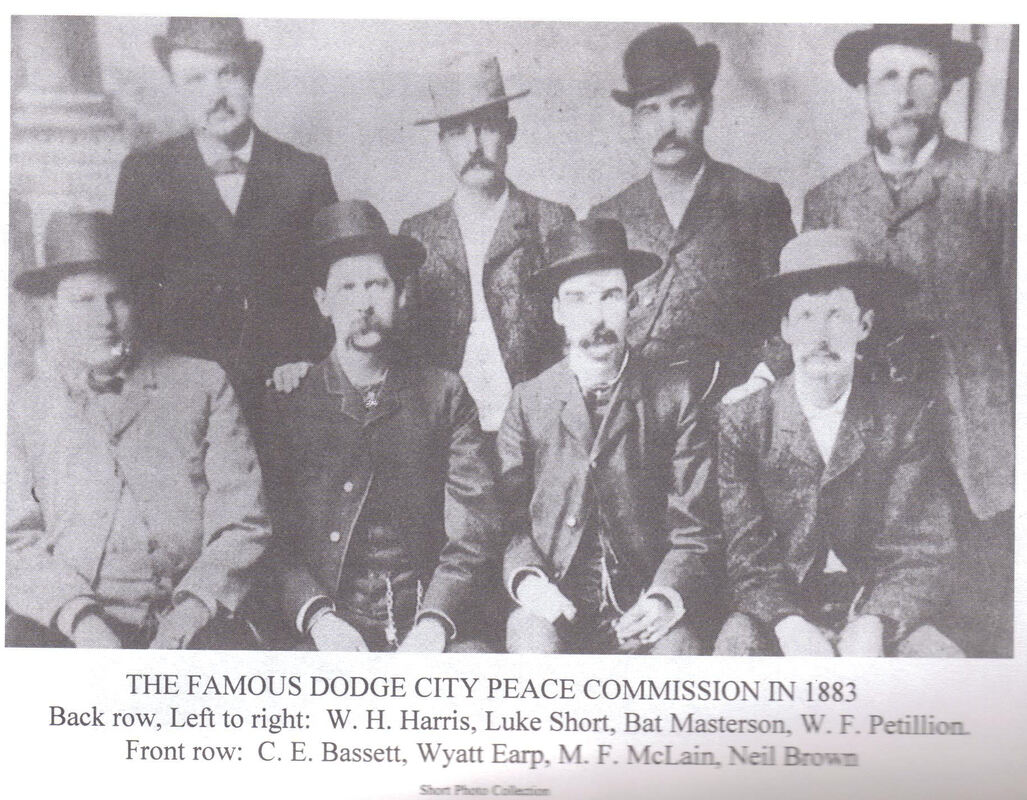 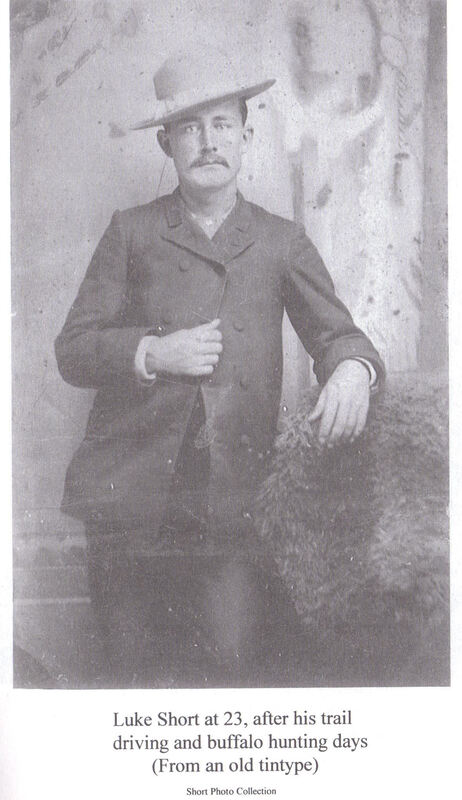 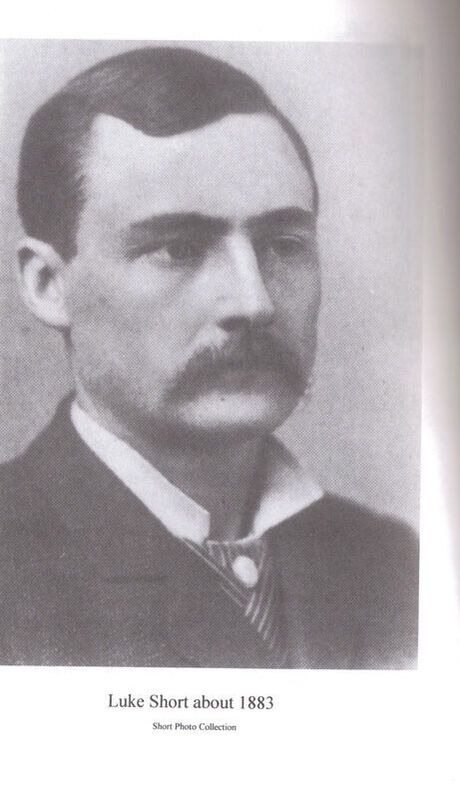