Nancy Ann Colville
(1733 – 1790)
​Samuel was born about 1730 in Washington, Virginia. He married Nancy Ann Colville in 1753 in Frederick, Virginia. Nancy was born about 1733 in Frederick, Virginia, the daughter of Joseph Colville and Elizabeth Wilson.  She was referred to more as Ann rather than Nancy.  Samuel died in 1798 in Knox, Tennessee and is buried in Strawberry Plains, Jefferson County, Tennessee. Nancy died in 1790 in Arlington, Washington County, Virginia and is buried in Sinking Springs Cemetery, Abingdon, Virginia.

Washington County Virginia 1787 tax list showing Samuel Evans and his son Joseph Evans who was executor of Samuel's will. Samuel has one male over age 16 and less than 21. Females and males under 16 weren't counted.
​

Page 30
The following story is found in the book “History of Southwest Virginia, 1746-1786” by the Historical Society of Richmond, VA J. L. Hill Printing Company, 1903.

Washington County, 1777-1870.    Page 269
At the time of the organization of the county.  Dr. Thomas Walker, Joseph Black and Samuel Briggs agreed to give one hundred and twenty acres of land in the county of Washington agree- ably to a survey thereof made by Robert Doach for the purpose of establishing a town thereon, and for raising a sum of money towards defraying the expenses of building a courthouse and prison. This offer was made by the gentlemen mentioned to the County Court as an inducement to have them establish the county seat near Black's Fort and adjoining their other lands.

Tradition says that the court hesitated for some time in making a selection between Wolf Hills, (now Abingdon), and Shugarts- ville, (now Green Spring).

And likewise to build a prison fourteen feet square, with square timber, twelve inches each way, and a good shingle roof," with directions to line the side wall and under floor with two-inch plank, and put nine iron spikes in each plank, six inches long in lieu of a stone wall.

The courthouse was built of logs and stood upon the lot occupied by the present residence of Mrs. James W. Preston. The jail oi prison (a fair description of which has been previously given), stood on the lower end of the present courthouse lot, a short distance from the street and north of the present courthouse. On the 30th day of April, 1777, the County Court "ordered that Arthur Campbell, William Campbell, Daniel Smith, Joseph Mar- tin, William Edmiston, John Coulter and Eobert Craig, gents, be appointed trustees to dispose of the land given to the county by the Honorable Thomas Walker, Samuel Briggs^ and Joseph

Page 290
From the orders of the court at this term, it appears that Samuel Evans had not completed the courthouse, pursuant to contract, and Joseph Black was directed to agree with Evans as to the amount he should receive for the work that he had done upon the court- house; and the sheriff was directed to agree with some person to finish the courthouse.
At the April term of this court, a statement of the county levy was made for the year 1779, which is as follows:
"Ephraim Dunlop, for services as State's Attorney for the year 1777 and for the year 1778, £200.00 Abraham Goodpasture, for building prison, 500.00
Samuel Evans, for building courthouse, 100.00
Abraham Goodpasture, finishing courthouse, 100.00
page 841
Samuel Evans is listed as a constable   Joseph Evans also listed as a constable
page858
Samuel Evans listed as being at Battle of King's Mountain
Southwest Virginia, 1746-1786.
Page 139
Charles Cummings at the Reverend Presbytery of Hanover when sitting at the Tinkling Springs, in Angusta county. This call was reduced to writing and signed by the members of the Sinking Spring and Ebbing Spring congregations. It was presented to the Presbytery by Samuel Edmiston for the services of Mr. Cummings at Brown's meeting-house, in Augusta county, on June 3, 1773.
The call with the signatures thereto is as follows: "

A call from the united congregations of Ebbing, and Sinking springs, on Holston's river, Fincastle county, to be presented to the Rev, Charles Cummings, minister of the gospel, at the Eeverend Presbytery of Hanover when sitting at the Tinkling Spring: Worthy and Dear Sir, — We, being in very destitute circum- stances for want of the ordinances of Christ's house statedly ad- ministered amongst us ; many of us under very distressing spiritual languishments ; and multitudes perishing in our sins for want of the bread of life broken among us; our Sabbaths too much pro- faned, or at least wasted in melancholy silence at home, our hearts and hands discouraged, and our spirits broken with our mournful condition, so that human language cannot sufficiently paint. Hav- ing had the happiness, by the good providence of God, of enjoying part of your labors to our abundant satisfaction, and being uni- versally well satisfied by our experience of your ministerial abili- ties, piety, literature, prudence and peculiar agreeableness of your qualifications to us in particular as a gospel minister — we do, worthy and dear sir, from our very hearts, and with the most cor- dial affection and unanimity agree to call, invite and entreat you to undertake the office of a pastor among us, and the care and charge of our precious souls, and upon your accepting of this our call, we do promise that we will receive the word of God from your mouth, attend on your ministry, instruction and reproofs, in public and private, and submit to the discipline which Christ has appointed in his church, administered by you while regulated by the word of God and agreeable to our confession of faith and directory.

And that you may give yourself wholly up to the important work of the ministry, we hereby promise to pay you annually the sum of ninety poimds from the time of your accepting this our call ; and that we shall behave ourselves towards you with all that dutiful respect and affection that becomes a people towards their minister, using all means within our power to render your life comfortable and 140 SovtJL'west Virginia, 17Ji6-17S6. liapp}''. We entreat 3'ou, worthy and dear sir, to have compassion u])on us in this remote part of the world, and accept this our call and invitation to the pastoral charge of our precious and immortal souls, and we shall hold ourselves bound to pray. (George Blackburn, Win. Blackburn, John Vance, John Casey, Benjamin Logan, l»(bert Edmiston, Thomas Berry, Robert Trimble, AVm. McGaughey, David Dry den, V.'m. McNabb, John Davis, ] [albert McClure, Arthur Blackburn, "^ Tiathl. Davis, Saml. Evans, \Vm. Kennedy, "
​
​Samuel and Nancy Ann’s children:

Gordon Aronhime Papers, Library of Virginia
Southwest Virginia Card FileDescription of CollectionGordon Aronhime (1911-1983) was a historian, writer, and photographer who resided in Bristol, Virginia. (Accession 32554) Aronhime's exhaustive research into the early history of Southwest Virginia focused on the upper Holston-Clinch River area during the period 1770-1795. As part of his research he attempted to verify and/or locate mills, forts, settlements, military events, place names, and Indian affairs. He wrote biographical sketches of a number of prominent area settlers. There are also sketches on revolutionary war soldiers and activities, the postal system, and Washington County tithable lists (1782-1784).
The card file which has been scanned lists all verifiable adult males in the area in the last quarter of the eighteenth century, as well as information on early East Tennessee settlers. Another card file includes a partial list of those present at the Battle of King's Mountain (1780) and lists of ministers (with genealogical information). 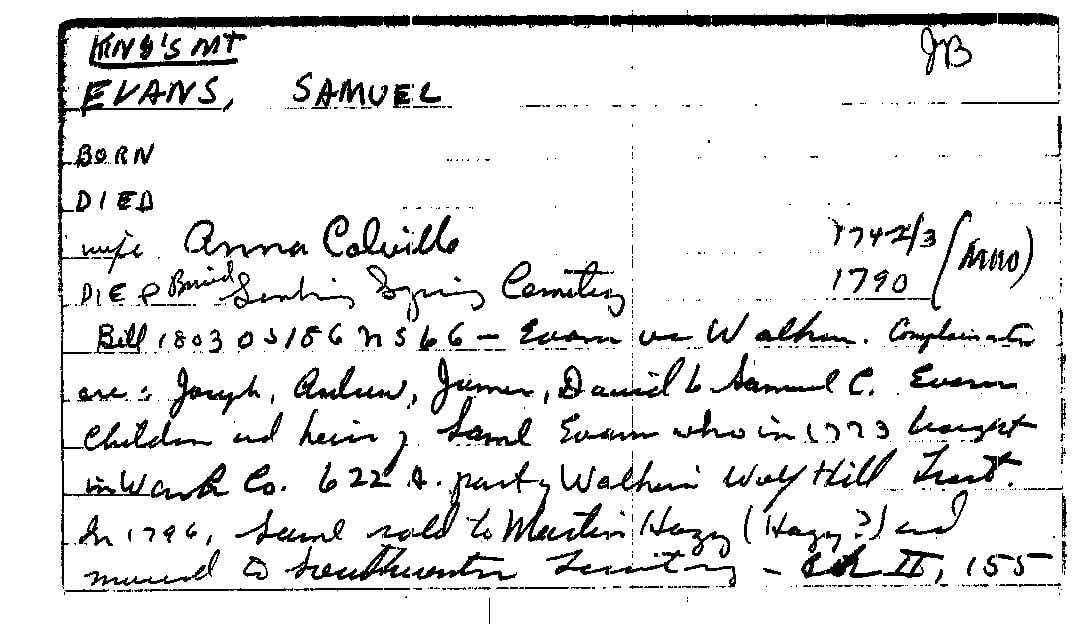 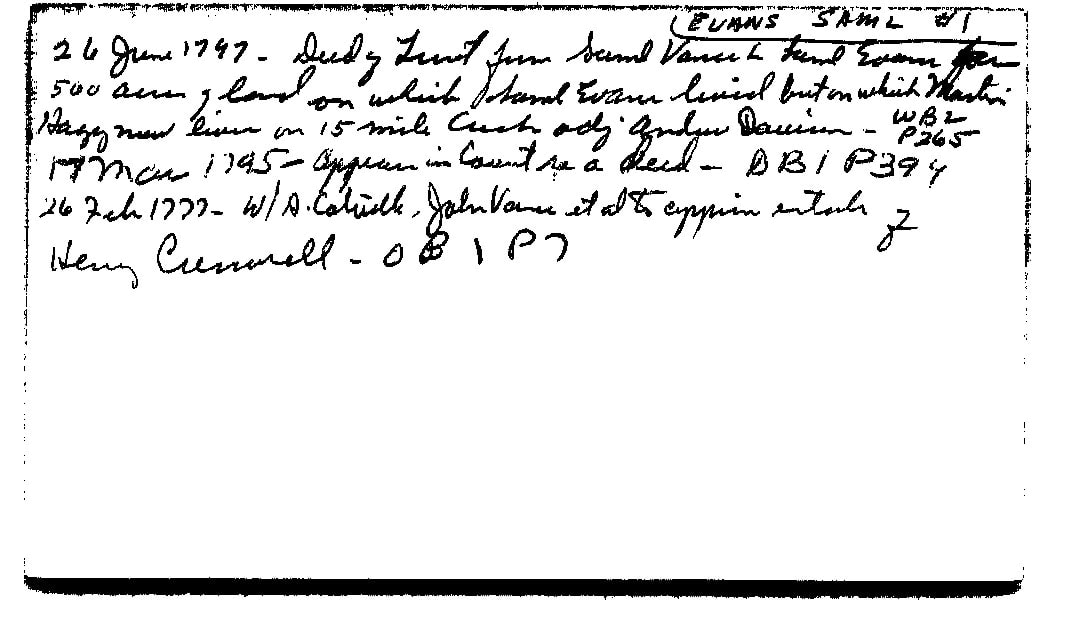 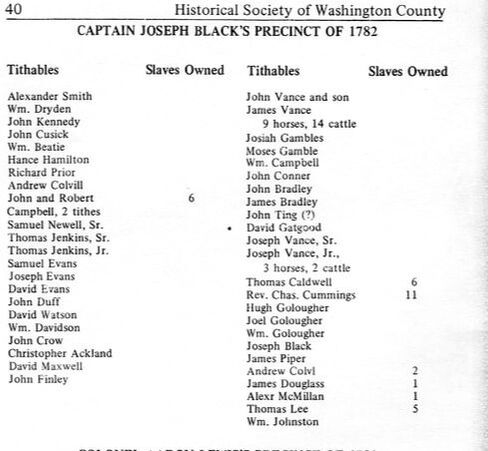 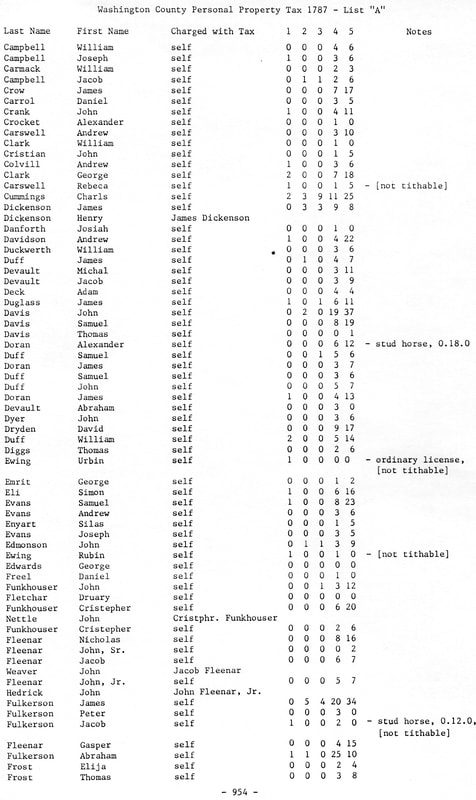 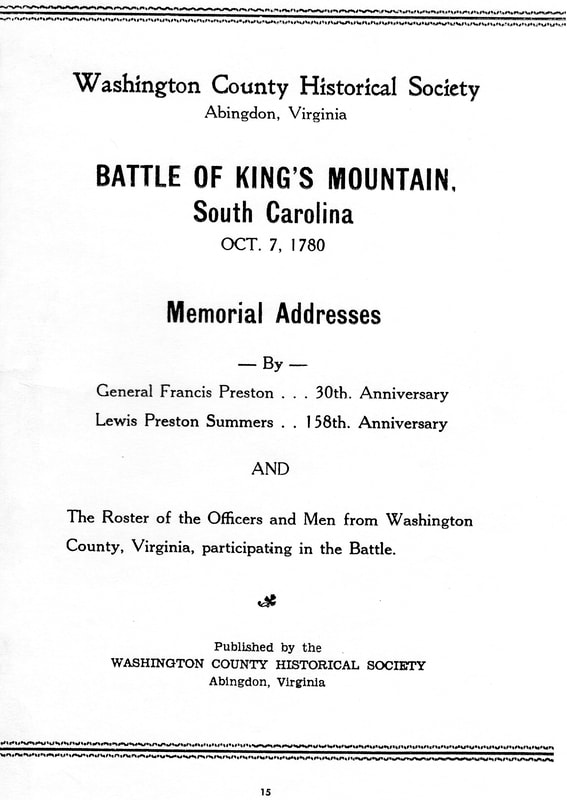 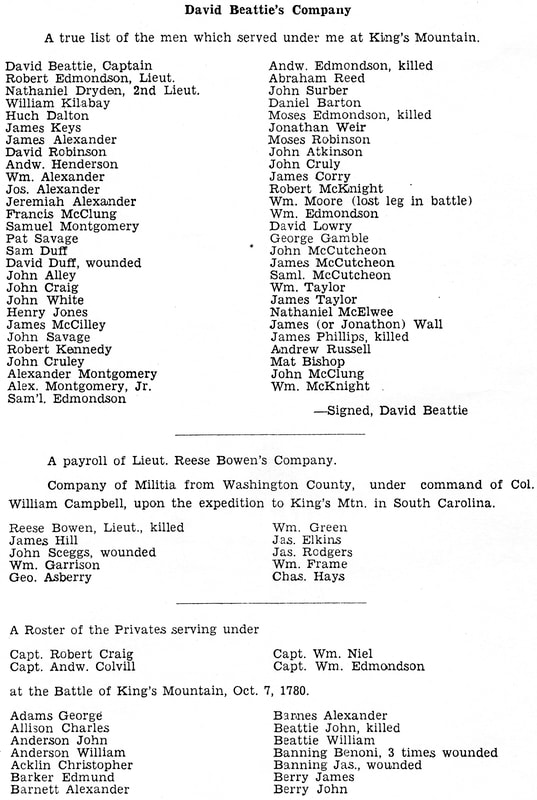 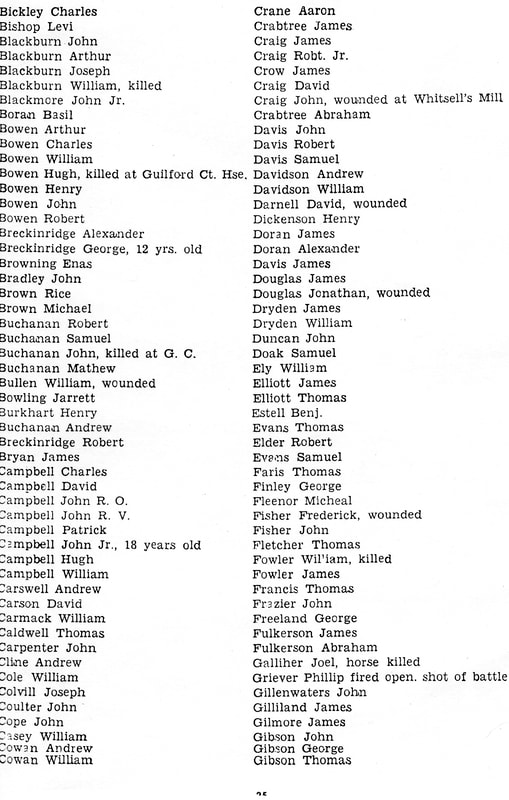