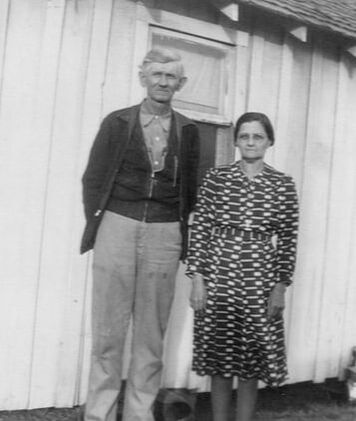 Richard Thomas Teague and Mittie Lann Starr
- Picture courtesy of Sherri Heitzmann
Richard was the 6th child of Charles Taylor and Elizabeth (Burkett) Teague and was born in Texas on December 20, 1878. Mittie was born in Pope County, Arkansas on September 27, 1888 along with her twin sister, Minnie to Joseph and Malvina (Yates) Starr. Mittie and Richard were married on October 4, 1905 in Comanche, Chickasaw Nation, Indian Territory.

A story was told how both Richard and Mittie, along with Lee (Richard's brother) and Minnie went to the First Church of the Nazarene in Duncan. Mittie and Minnie were both known to shout "Hallelujah" many times during the service, echoing one another. 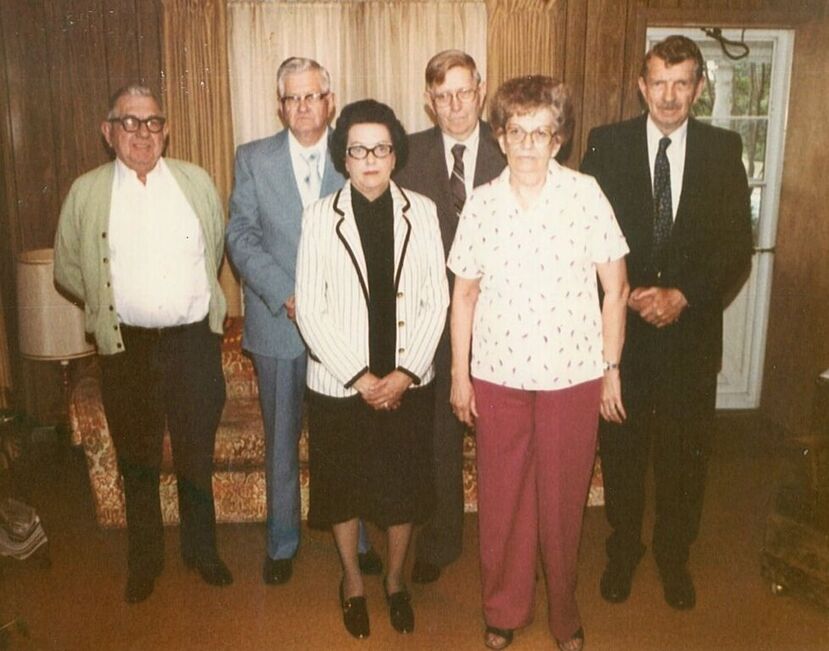 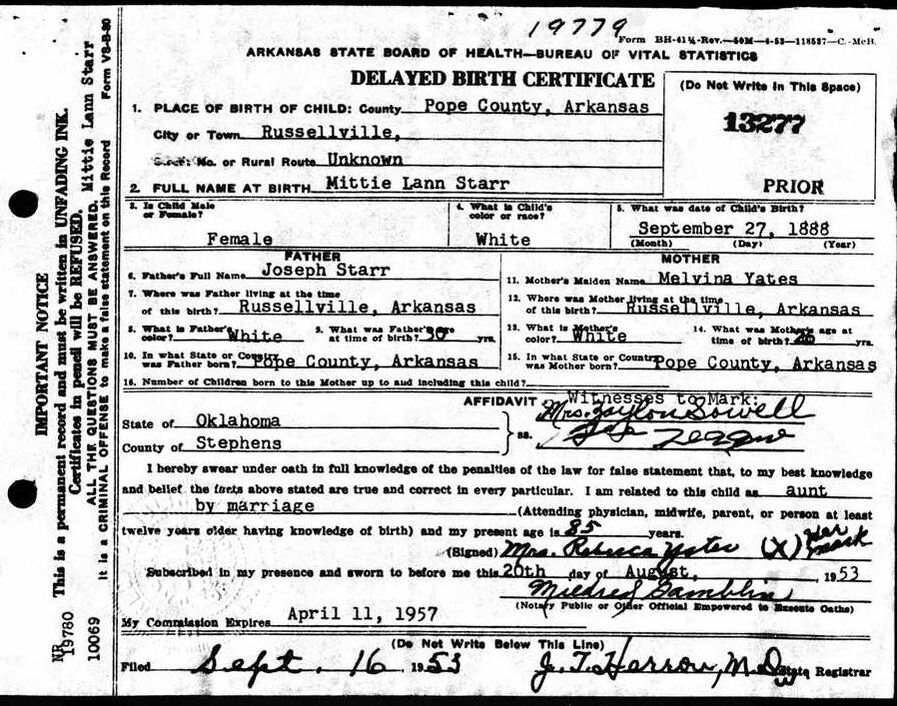 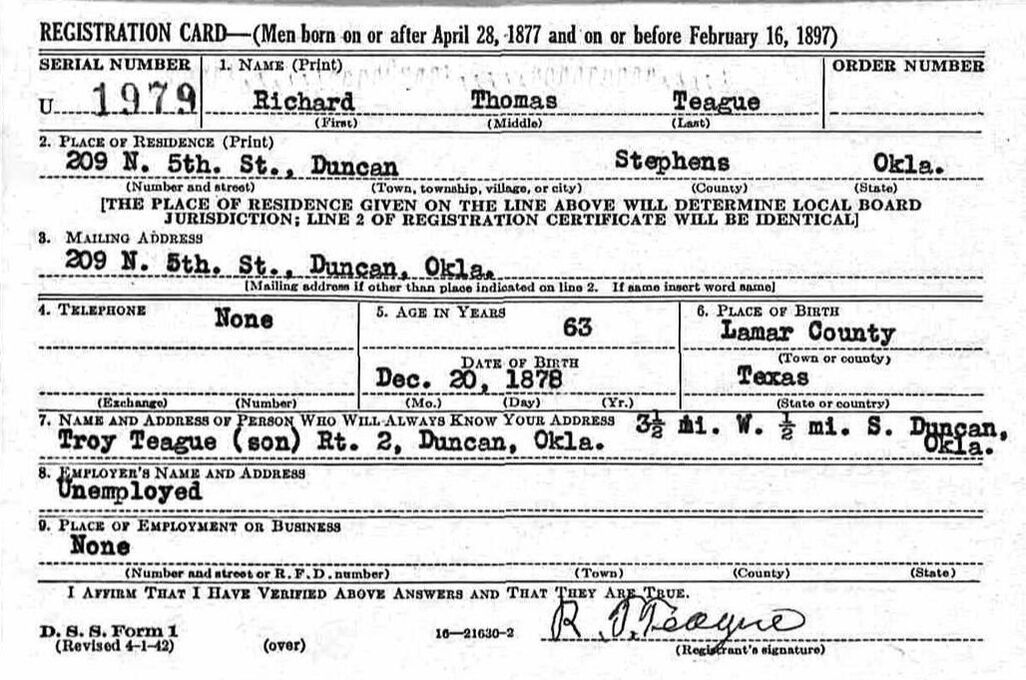