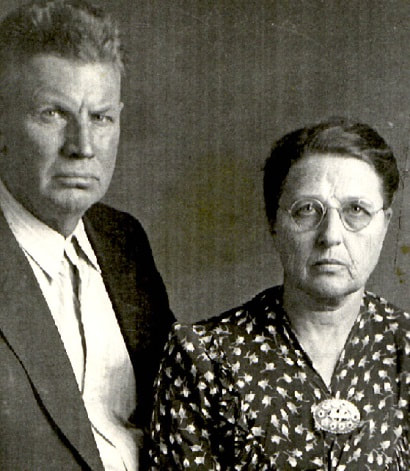 Lee and Minnie Teague
; Lee (nickname was Kipe) was born on March 10, 1888, in Decatur, Wise County, Texas. On most documents his name was given as Robert Lee when provided by other people.  On documents he provided information for he stated his name as Lee Robert, so I am stating his name in the order he did.  He was the youngest son of Charles Taylor Teague and Elizabeth Burkett.  Lee married Minnie Ann Starr on October 29, 1905 in Ryan, Indian Territory.  Minnie was born on October 27, 1888 in Pope County, Arkansas to Joseph Starr and Melvina Yates.

Lee's mother, Elizabeth Burkett Teague, died right after he was born. He came with his family to a farm near Comanche, Chickasaw Nation. Lee farmed for many years near Empire City, Oklahoma and then moved to a farm on Cow Creek southeast of Duncan, Oklahoma.

Aunt Minnie and Grandma Mittie loved to laugh. They were highly-strung ladies – and I do mean “ladies.” People have commented to me about what ladies the “little Starr twins” were. But, they didn’t “suffer fools gladly.” They could go off like sky rockets when people didn’t behave like they felt they should. But, they were tender and loving, too, and always giggled like teenage girls when tickled. Gotta tell you a story….

It seems that Aunt Mary Starr Norton, who lived southeast of Duncan at one of those little towns, got a new car (I’d guess back in the ‘20s or ‘30s, probably) and she came to visit Grandma and Aunt Minnie. When she had to go home, they decided to go with her and have a longer visit. Besides, they wanted to ride in that pretty new car.

Well, Aunt Mary was a new driver, but she was doing pretty [well] until they got to a steep hill near Turner Falls and began to go downhill.  Aunt Mary got to going faster and faster and her sisters got more and more scared and began to beg her to slow down. When she put her foot on the brakes, they failed. No brakes! All three of them just lost it. They were shrieking their heads off and later they declared that by the time they reached the bottom of the hill, they were all three driving the car!

Isn’t that wonderful? I’m sure that was some sight. I don’t know how they got the car stopped, but it obviously worked out okay.

Now, Uncle Lee was an interesting man and I loved to stand around watching and listening when my dad was telling him stories. Uncle Lee loved for Daddy to tell stories. I remember him sitting out on their little back porch when they lived out west of Duncan, with his chair tipped back and his foot braced against the porch post, while he whittled and laughed at Daddy’s stories. This would be usually be on Sundays. After he finished laughing at the last story, he’d say “Tell another one, Mag!” The family called Daddy “Mag.” This came from when he was a little boy and sensitive and shy.  He’d get his feelings hurt when his older brothers would tease him and he’d go behind the door and cry.  They laughed at him and called him, “Sister Maggie.” Now, that’s awful! He said his mother collected scraps for the pigs and put them in a bucket which was hung behind the door – the very place Daddy went to pout. One day he was back there pouting and sniffling when Grandpa [Richard] Teague suddenly pulled the door back and reached for the bucket of scraps. Scared the daylights out of both of them! So, he yanked Daddy out and gave him what-for. Poor Daddy.

Anyway, Daddy loves to tell stories and Uncle Lee loved to hear them, so they enjoyed each other’s company. Daddy said that Uncle Lee sat there in that chair with his foot propped against the post so much, the post finally came down one day. Ha!

Uncle Lee never got any education since he was so little when his mother died and Grandpa Charlie “put his kids in the back of the wagon and began dragging them around from here to yonder until he met up with the Widow Johnson and married her.” Her name was Sally Johnson and she apparently mothered Uncle Lee pretty well. He was completely attached to her. She was an “old-timey shouting Methodist,” the story goes, and one night at a revival meeting, when everone was shouting and singing, Sally slipped out of her seat and began to sort of dance down the aisle. Uncle Lee fell in right behind her, hanging onto her dress tail, and stayed right with her.

When he started to school, in the Paradise community near Decatur, TX, he was timid and scared of his shadow.  The first day of school, on the way to school, one of his step-brothers who had hidden, put an old bear skin over his head and jumped out from behind a tree and scared him so bad he tore out for home.  The story goes, he refused to ever go to school again. Well, school or not, he was plenty smart and nobody was able to cheat him.

He had a warm, teasing relationship with his children. One night we stayed all night with them and right after everyone had gone to bed, Uncle Lee called out to B-Jack, “B-Jack!” “What?” B-Jack’s voice yelled back from another part of the house. “Come in here and scratch my back!” commanded Uncle Lee. “Scratch it yourself, you old hog!” shouted B-Jack. Laughter rang out from every room in the house and Uncle Lee was laughing the loudest. I held my breath for awhile, afraid B-Jack would surely get a whipping, but no such thing. It was just fun time.

I was just talking about shouting in church and it reminds me that nobody could shout with more exuberance than Grandma and Aunt Minnie.  They used to come to church at the little church where my dad did some preaching and was Sunday School Superintendent. Usually either Aunt Minnie or Grandma would be playing the old pump organ. When the preacher got into his sermon, or the music would get very enthusiastic, suddenly on one side of the church one of the Starr twins would shout. From the other side, where her sister was sitting, would come an echo. For awhile, there was a real “shouting match.” It was a bit un-nerving for a little girl. But, I’m not poking fun at them. They were real Christian women and I have no doubt their prayers have sustained – and still sustain – all of us, their children, grandchildren, great grandchildren and on down.

Another of Peggy’s stories:
Uncle Lee had his own private chair and if you were sitting in it when he entered the room, if you didn’t rise and give him his chair, he would invite you to do so. Sometimes he was a little brusque, but it was just an act. He got a kick out of give and take kind of interchange. Lots of laughing going on there. I have a clear memory of eating Sunday dinner at their house (Aunt Minnie and Mildred were wonderful cooks) and there was fried chicken, of course, and someone was called on by Aunt Minnie to ask the blessing. Can’t recall who, but maybe Daddy. Anyway, I watched Uncle Lee while this was going on. He took his fork and poised it over the platter of chicken, just above his favorite piece and as soon as “Amen” was said, he stabbed the chicken with his fork and dropped it on his plate. I can still hear Aunt Minnie’s shocked “Leeee!” And everyone laughing! And, Uncle Lee laughing loudest of all.

Regarding Lee’s father, Charles Taylor Teague, Peggy wrote:
Great Grandpa Charlie Teague had some violent encounters when he lived in TX, and I think they may have begun in Henderson Co., TN.  His family seems to have fought for the North in the Civil War  and held some offices in Lexington. His brother, Jasper N. was Sherrif and he was deputy. However, he also ran a saloon. Uncle Jasper also ran a hotel and I think the saloon was in the hotel.  At various times Charlie ran a wagon yard and other similar enterprises.  He also kept a string of horses and mules, which he traded, and he farmed. His father, John Robbins Teague, was a Justice of the Peace. His brother, William, was a judge in Rains Co., TX at one time 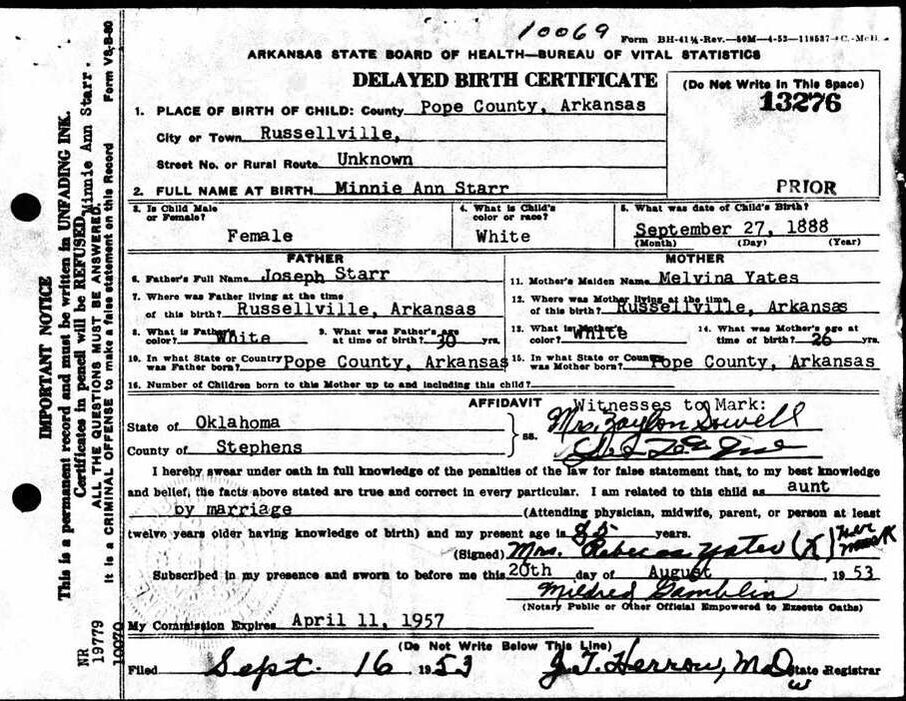 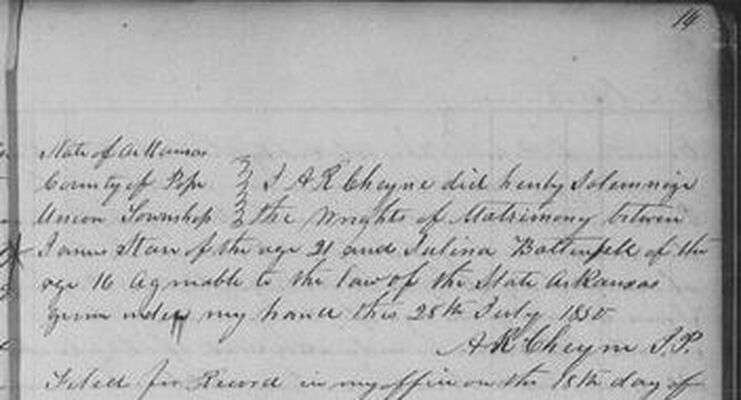 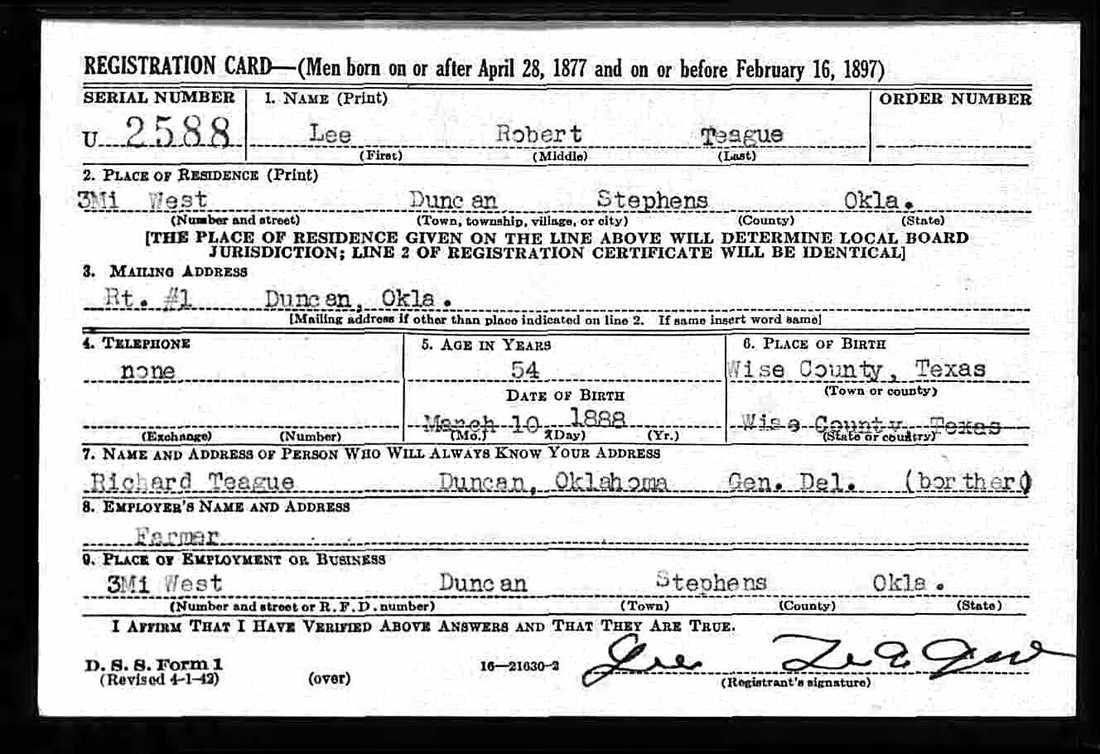 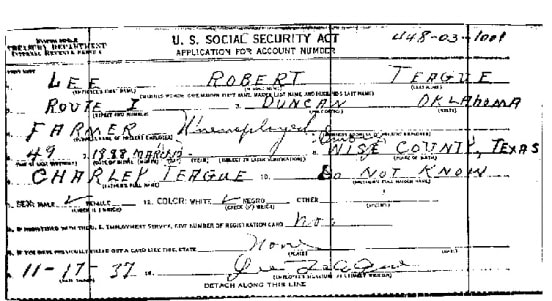 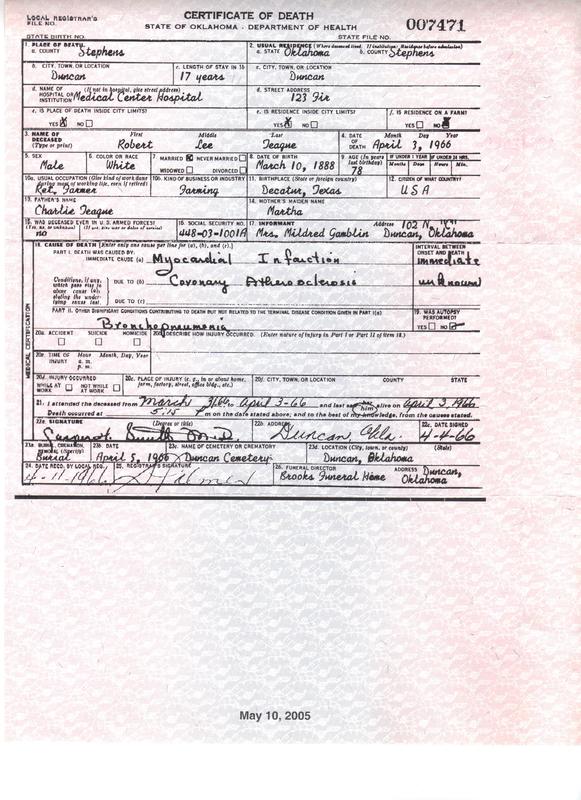 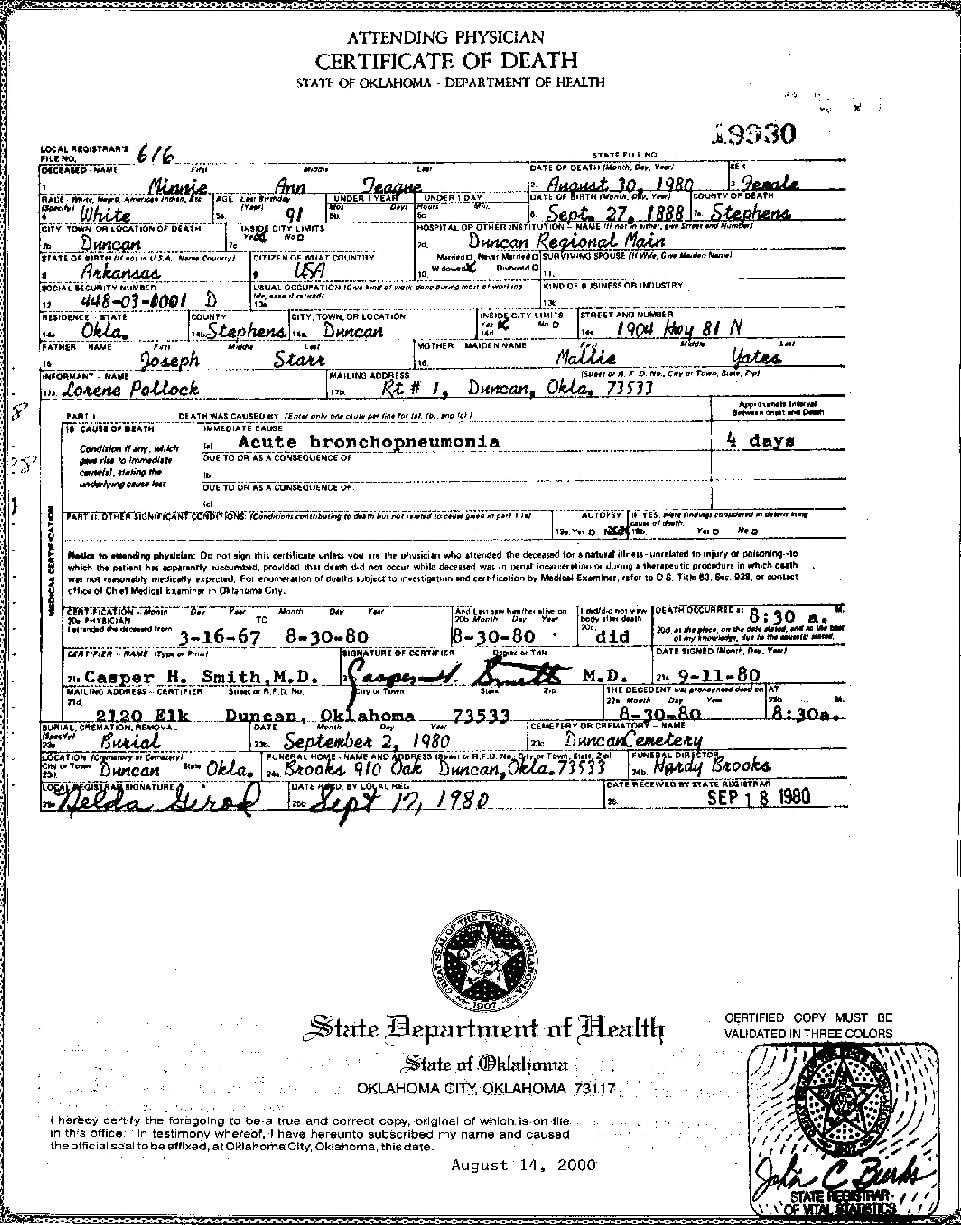 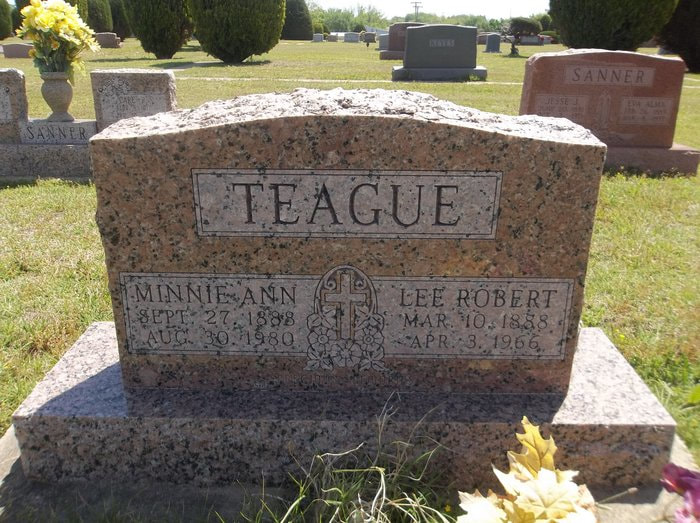