Catherine Elisabetha Mayer. Catherine was born January 23, 1719/20 in Bierstadt, Hesse-Nassau Germany. Oberalben, RheinPfalz, Germany. At that time Bierstadt was a small village next to Weisbaden - it is now part of Weisbaden. Catherine died circa 1760 in Paradise Township, York County, PA.

Lorentz was trained to be a stone mason and shoemaker. He left his stone mason tools to his son, Phillip Swissgood. Lorentz was admitted as a Burger (adult citizen) at Wiesbaden, Germany on 22 Dec., 1746. In 1746 Wiesbaden was part of Nassau. Lorentz's name appears in the records in Germany as Laurentius and Lorentz. The Church used the Latin Laurentius and the government used the German Lorentz.. His sons, with the help of record keepers and census takers, changed their surnames in many variations. "Swissgoot" was first English spelling of Schweissguth. In the tax records for 1762, Lorentz is listed as - Swissgood, Laurence. In 1769 he is listed as - Schweisguth, Lorentz, with 100 acres.  In 1783 he is listed as - Schweisgut, Lorentz, with 150 acrres. In 1795 he is listed as - Schweisgood, Lawrence, with 100 acres. Laurentius immigrated, in 1751.

Lorentz and Catherina were Evangelican Lutherans. They attended Jacob Lischy's church in York County, PA. Lorentz settled in Paradise township, York County, PA on the west side of the county. Here he owned 100 acres. Lorentz constructed a stone cottage.

Lorentz, Catherine, Sophia, and Maria arrived on 16 Sep., 1751 in the Port of Philadelphia, PA aboard the English sailing ship Edinburgh. They sailed from Rotterdam, via Cowes, England, to Philadelphia. Lorentz was given the Oath of Abjuration (renouncing former citzenships) on 16 Sep., 1751.

Lorentz paid the Supply Tax in 1782 making him eligible for inclusion in the Daughters of the American Revolution (DAR) for his patriotic service. He is Ancestor #A133459. 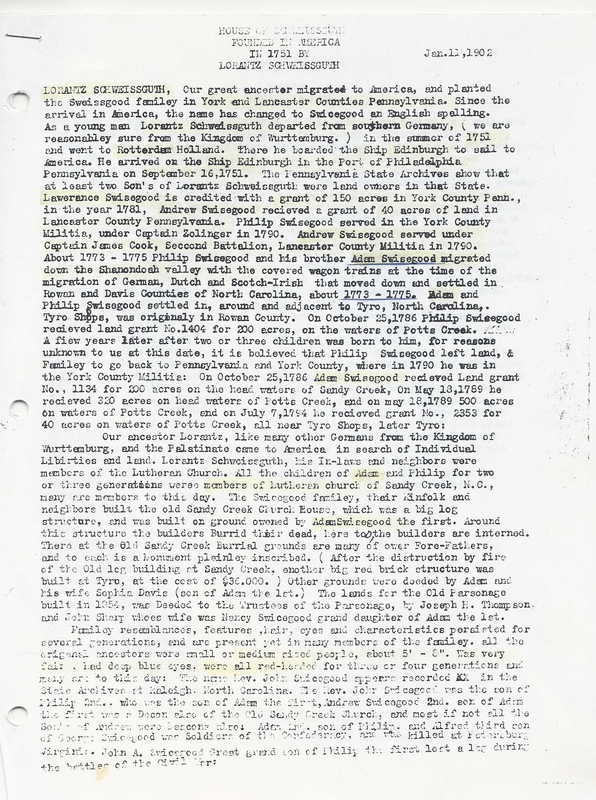 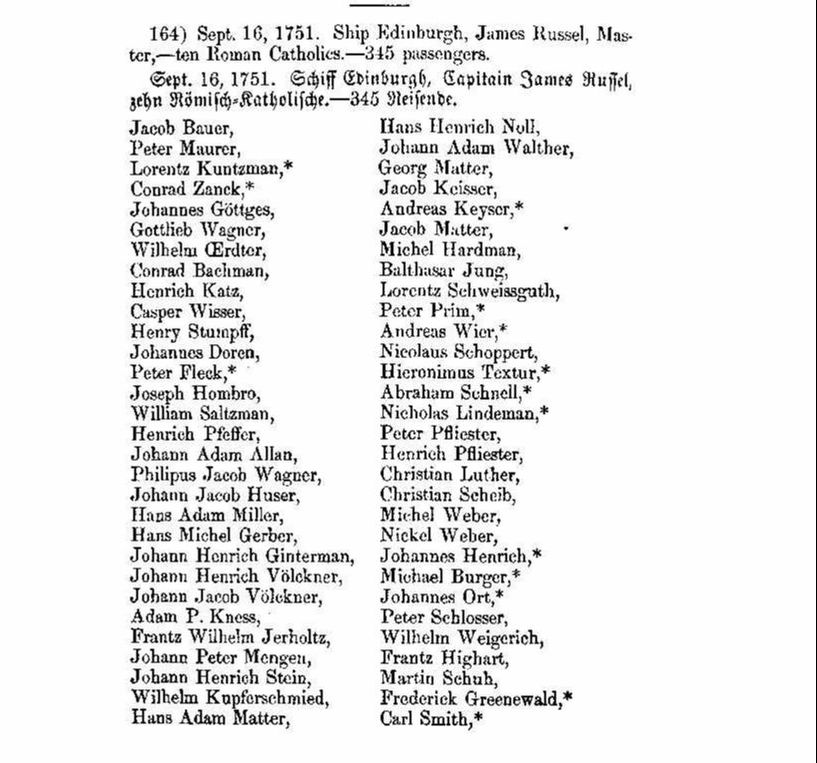 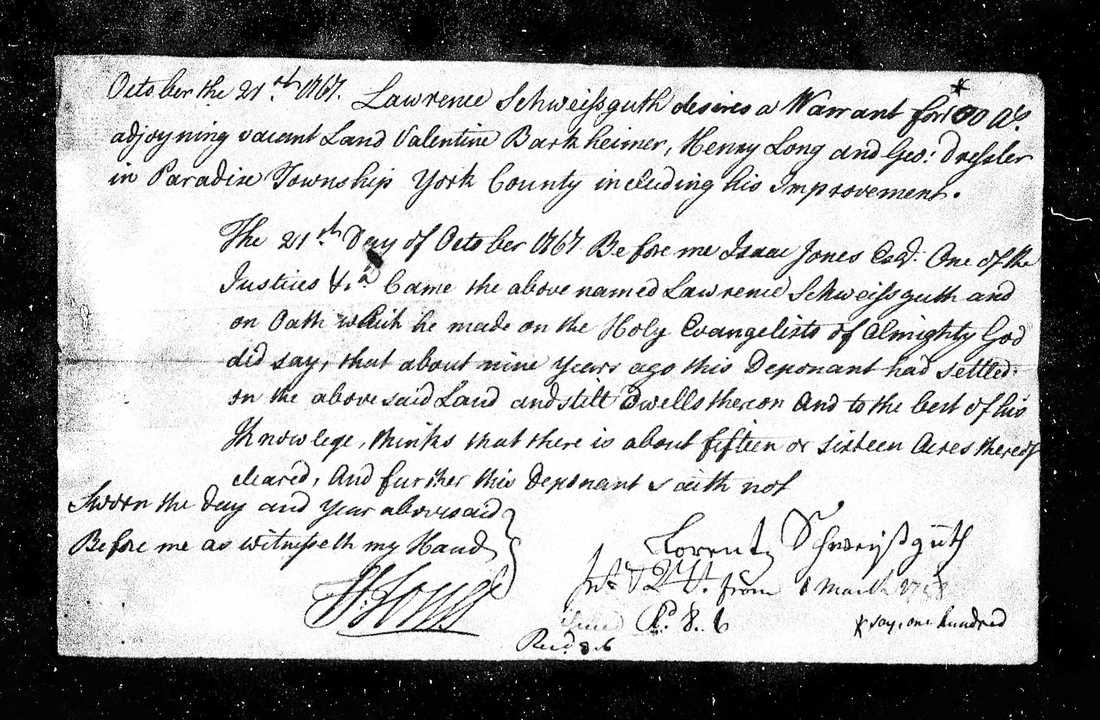 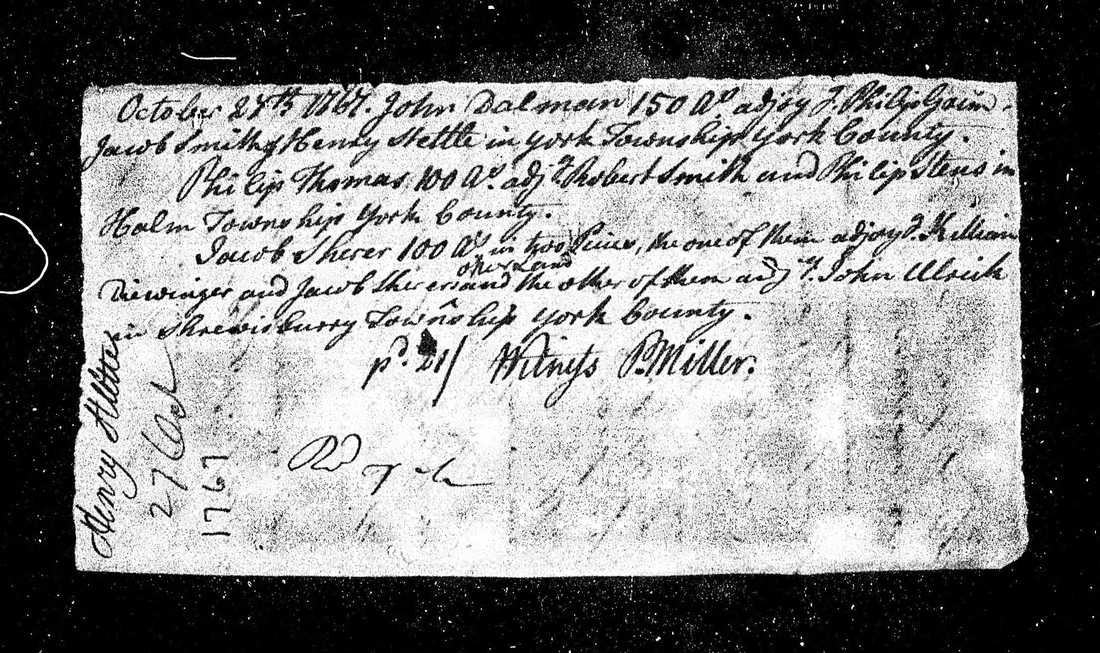 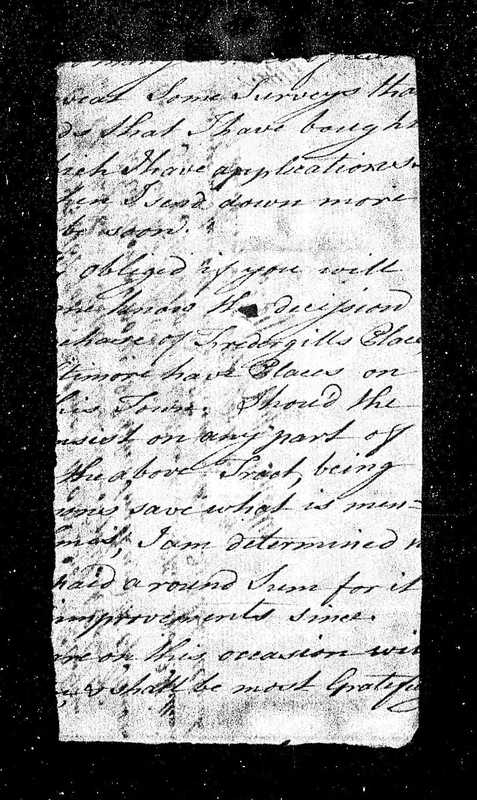 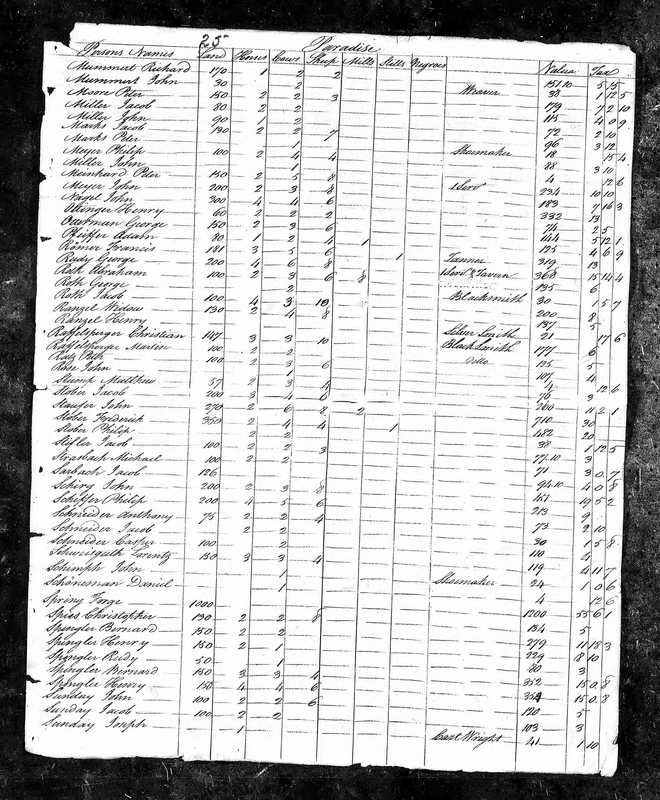 Click on arrow to go to the main Swicegood Family page