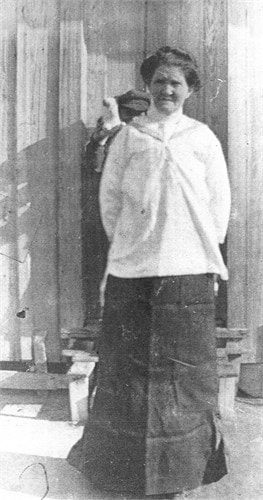 A Teague/Starr cousin, Sherri Heitzman has paperwork showing that Joseph as ½ Cherokee Indian. Those papers are not in my possession at this time. Sherri states her grandfather,  Richard Teague, helped them fill out the application. “They were registered but then there was a fire where the information was and it was all lost. They didn't go back and register again because of all the discrimination against American Indians.”

The US Census Records shows that in 1880 Joseph is listed by himself as Jo Starr, occupation as a laborer, he was 22 years old and living in Liberty, Pope County, Arkansas. In the 1880 census Mallie was 17 years of age and living with her uncle and aunt G.W. and Jenney Barns and cousin Mary, age 20 in North Fork, Pope County, Arkansas.  The 1900 census states Joseph and Mallie as Joseph J Stan, age 42; Nellie Stan, age 38; Gelina C, age 13; Minnie A, age 11; Mittie L, age 11; Vinnet D., age 8.  The difference in the last name was probably due to the penmanship of the census taker making his double “r” looking like an “n”.  Their home in 1890 is listed as Township 2, Chickasaw Nation, Indian Territory, town of Comanche. The 1920 census states that Joseph W. and Melvina lived in Brown, Stephens County, Oklahoma with Elbert, age 24 and Teddie age 15.

Children of Joseph and Melvina: 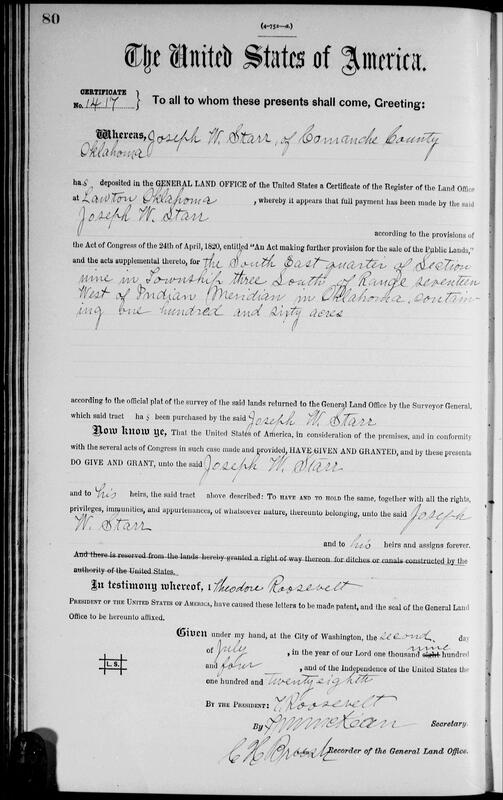 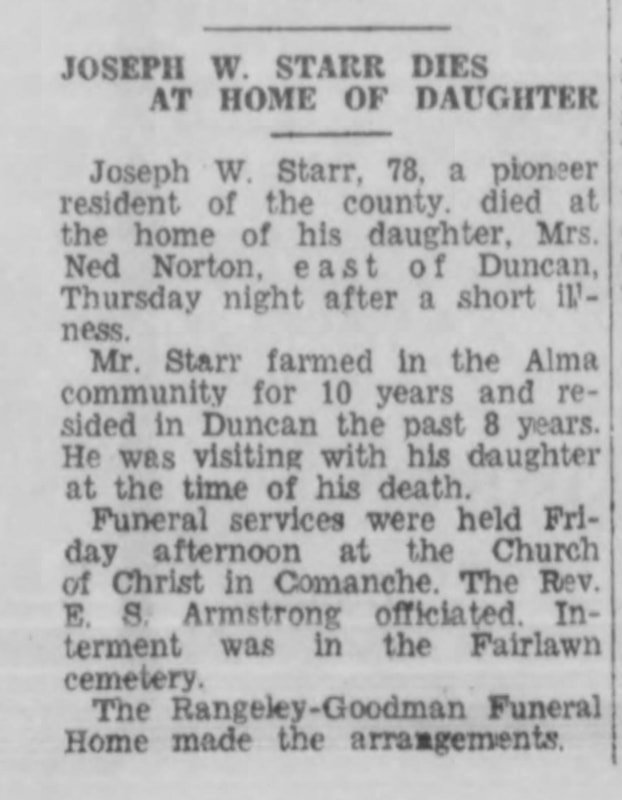 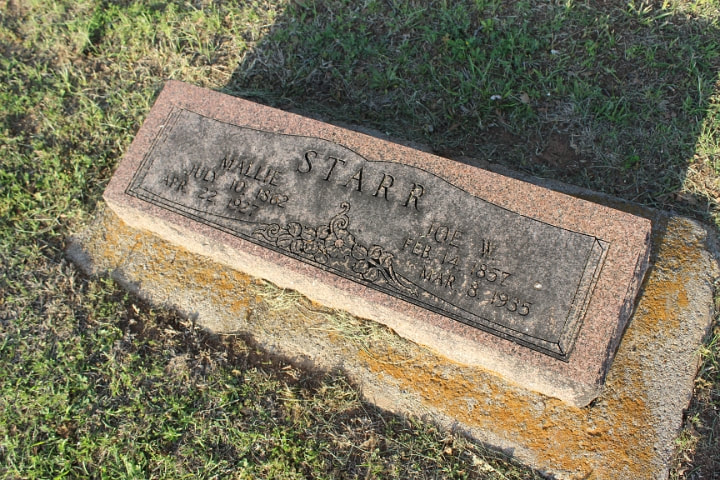 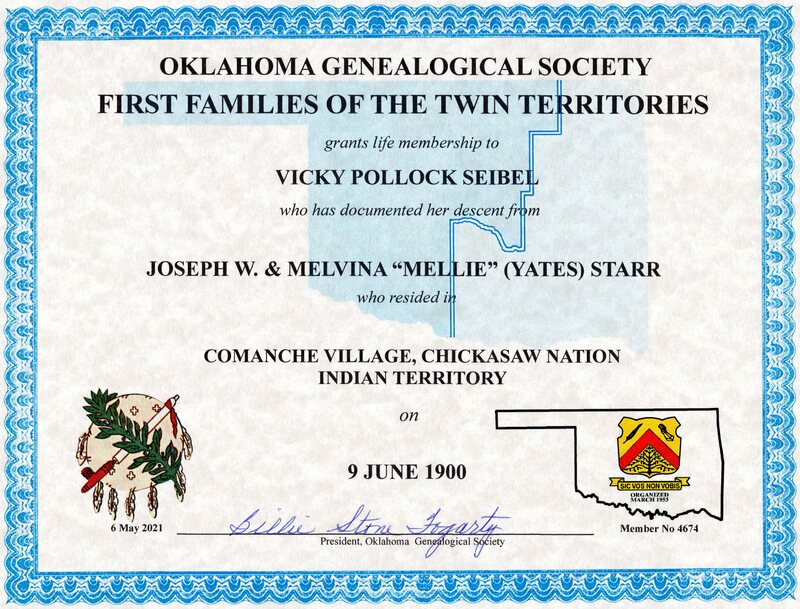 Along with the links at the top of each page, the following buttons are links to the Starr Family pages: