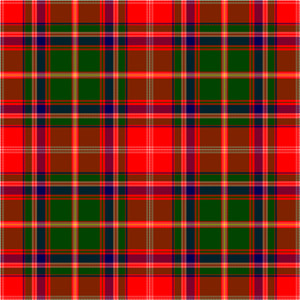 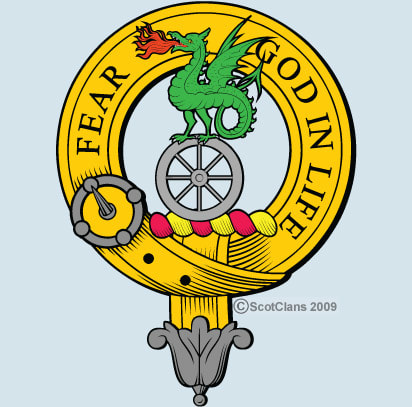 The following is an excerpt from the book “The Battle Abbey Roll Volume III”, page 105 telling the history of the crest:

William de Somerville, who, about the year 1150, witnessed
a charter of Malcolm King of Scotland for Sawtrey Abbey in Huntingdonshire
(Mon. i. 851), and in 1158 was indebted to the Crown twenty marks of silver,
but v/as in Scotland (Rot. Pip.). He had attached himself to the fortunes of
King David L, from whom he received a grant of the lands of Carnwath. His
grandson further obtained in 1174 the barony of Linton in Roxburghshire.
According to an old MS. in the Advocate's Library, quoted by Sir Walter Scott,
" he was made by King William (the lion) his principal falconer, and got from
that king the lands and baronie of Linton, in Teviotdale, for an extraordinaire
and valiant action, which, according to the manuscript of the family of Drum,
was thus :

In the parochen of Lintoun there happened to breede a monster, in
forme of a serpent or worme : in length, three Scots yards, and somewhat bigger
than an ordinarie man's leg, with a head more proportionable to its length than
greatnesse. It had its den in a hollow piece of ground, a mile S.E. from Lintoun
church : it destroyed both men and beasts that came in its way. Several
attempts were made to destroy it, by shooting of arrows, and throwing of darts,
none daring to approach so near as to make use of a sword or lance. [William]
Somerville undertakes to kill it, and being well mounted, and attended with a
stoute servant, he cam, before the sun-rising, before the dragon's den, having
prepared some long, small, and hard peats " (bog-turf dried for fuel) " bedabbled
with pitch, rosett, and brimstone, fixed with a small wire upon a wheel, at the
point of his lance ; these, being touched with fire, would instantly break out into
flames ; and, there being a breath of air, that served to his purpose, about
the sun-rising the worme appeared with her head and some part of her body
without the den : whereupon his servant set fire to the peats upon the wheel
at the top of the lance, and John Somerville, advancing with a full gallop,
thrust the same with the wheel, and a great part of the lance, directly into the
serpent's mouth, which wente down its throat into the belly, and was left there,
the lance breaking by the re-bounding of the horse, and giving a deadly wound
to the dragon ; for which action he was knighted by King William ; and his
effigies was cut in ston in the posture he performed this actione, and placed
above the principal church door of Lintoun, where it is yet to be seen, with his
name and sirname ; and the place where this monster was killed is at this day
called the Wormes Glen. And further to perpetuate this actione, the barons of
Lintoun, Cowthally, and Drum, did always carry for crest a wheel, and thereon
a dragon." The rude piece of sculpture that commemorates the exploit is still
in its place ; and a falcon on the knight's arm probably denotes his office of
falconer.​

​
Carnwath House -  now gone.  Carnwath was in the ownership of the Somervilles from 1140 up to sometime in the late 17th century, when the family got into debt and had to sell the estate. It went to the Lockharts.
Sources:

“Debrett’s Complete Peerage of The United Kingdom of Great Britain and Ireland” 22nd Edition; ed. William Courthope, Esq.; p. 473-477
“The Peerage of Scotland Containing an Historical and Genealogical Account of the Nobility of that Kingdom” by George Crawford, Esq.; 1716; p. 445-446
“Memorie of the Somervilles; being a History of the Baronial House of Somerville” by James Eleventh Lord Somerville; 1815
“The Battle Abbey Roll with some Account of the Norman Lineages Volume III” by the Duchess of Cleveland; 1889;  pg. 103 – 106
ScotClans; Clan Somerville; URL: https://www.scotclans.com/scottish-clans/clan-somerville/
The Scottish Nation; Somerville; URL: http://www.electricscotland.com/history/nation/somerville.htm
Thomas Somerville, 1st Lord of Somerville; Wikipedia, URL: https://en.wikipedia.org/wiki/Thomas_Somerville,_1st_Lord_Somerville
Ragman Rolls; URL: http://www.rampantscotland.com/ragman/blragman_index.htm
​
​​