The Genealogy of the
Seibel Family

Catherina was born on December 9, 1824 in Rudeneweise, Russia. Her parents were Heinrich Johann Georg Baumbach and Katherina Margaretha Dell. Catherina Elizabeth died in 1879 in Temesch, Crimean Peninsula, South Russia.
Heinrich Baumbach was born in 1800 in Rundewiese, Belowesche, Chernigov, Russia. He died on September 25, 1851 in Grunau, Aleksandrovsk, Ekaterinoslav, Russia at the age of 51. Katherina was born in 1805 in Chernigov, Russia and died in 1850 in Temesch, Crimea, Ukraine, South Russia.

Elizabeth Bechthold
(August 04, 1864 - March 12, 1942)
Karl, he never went by his first name of Heinrich, was born March 20, 1863 in the Colony of T(D)emesch, Krimm (Krimm is short for Crimea), South Russia to Johann Konrad and Elizabeth Baumbach Seibel. He was the youngest of seven children, brothers Heinrich, Conrad, George, Lenhart, Ludwig and Johannes, and sister Elizabeth.

​Karl "chose" to marry Elizabeth Bechtold who lived in the Colony of Byten, about 30 miles from Temesch. Elizabeth's parents were Margaret Farber Bechthold and Heinrich Bechthold. Karl had become friends with Heinrich and Margaret before "choosing" Elizabeth to marry. At that time, most marriages were arranged between parents or matchmakers. It is not for certain whether Karl personally picked or was parentally planned, but the match was reported to the pastor of their church and announced in open church services three Sundays in succession before the wedding.
Elizabeth and Karl were married October 3, 1880. They lived in the colony of Temesch with Karl's father, Konrad, for another 13 years. During this time they had six children. They were:
1.      Kathrine, b. February 2, 1883
2.      Maria, b. March 29, 1885
3.      Elizabeth, b. May 18, 1887
4.      Konrad, who died in infancy
5.      Karoline, b. January 16, 1891
6.      Twin sister to Karoline who died at birth 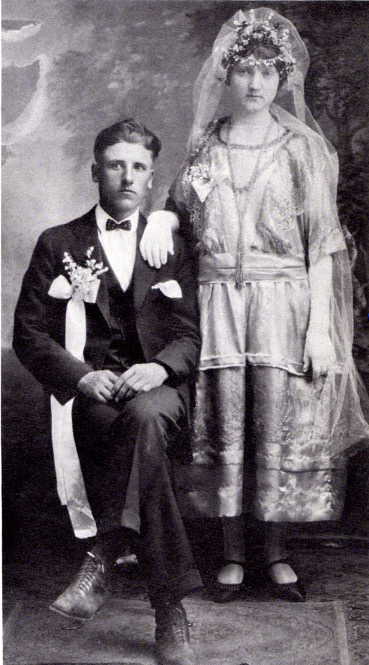