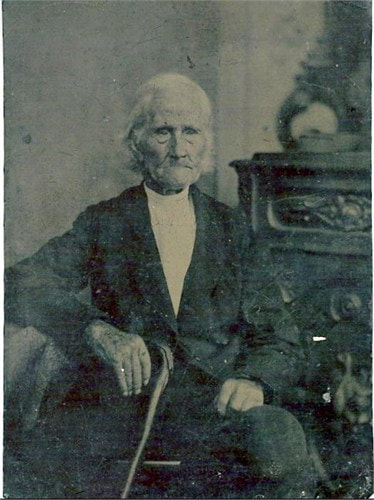 ​Southway was born in 1750, in Charleston, South Carolina. He married Miranda Tignor. Miranda was born in 1765.  Southy and Miranda had seven sons and five daughters.

In Charleston, South Carolina, on November 4, 1775, Southy/Southey/Southway Nelson enlisted, along with a John Nelson (believed to be a brother, enlisted as a private in the same company) to fight on the American side of the Revolution (Captain Joseph Elliott’s (?) Company C of the 1st Carolina Regiment, Commanded by Charles Cotesworth Pickney). According to family lore and a book by Pat Alderman (Overmountain Men) Southy fought in the Battle of Kings Mountain.

By 1778, Southy was settled in what is now Washington County, Tenn. A list of "Early East Tennessee Taxpayers" has Southy owing poll tax on 100 pounds of personal property; tax 1-0-6 (in English currency, pounds, shillings and pence) or 1 pound and 6 pence. His last pay stub from the Revolutionary War (dated 1783, and found in the North Carolina State Archives) has him a resident of Washington and Sullivan Counties, North Carolina. In 1797, a Southy purchased 100 acres of land from a Henry Shields on the Nolachuckey River in what is now Eastern Tennessee.

Children of Southway and Miranda: 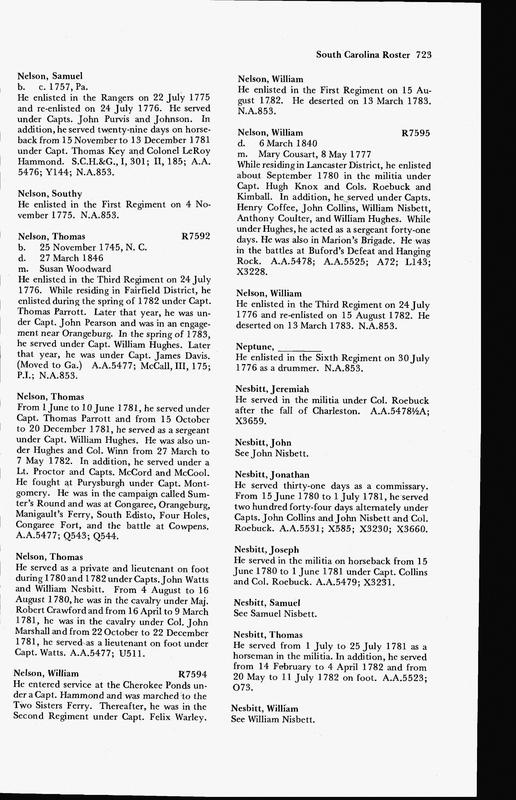 Click on arrow to go to the main Nelson Family page