Johanna Murray
(March 1828 – 1909)
James was born about 1813 in Tennessee. He was the son of Elisha Nelson and Sarah Elizabeth Henry.  James married Johanna Murray on May 06, 1849 in Crawford County, Missouri. They were married by George C. Brackenridge, JP. Johanna was born on March 1828. She was the daughter of John A. Murray and Holly Earp of Nash, North Carolina.

James died in 1859 in Missouri. After James’ death, Johanna married James Swafford on March 4, 1861 in Dent County, Missouri. Johanna died in 1909 in Arkansas.

Children of James and Johanna:

Children of Johanna and James Swafford: 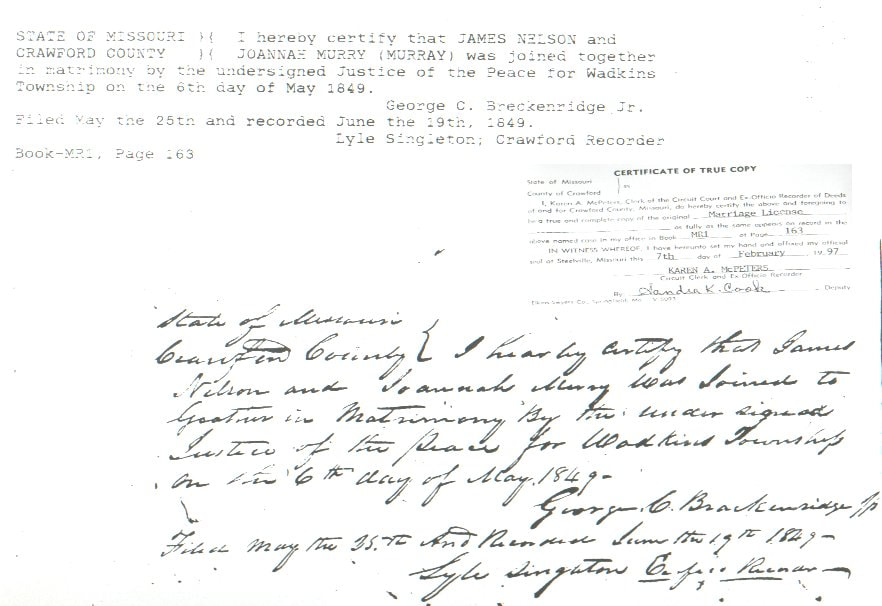 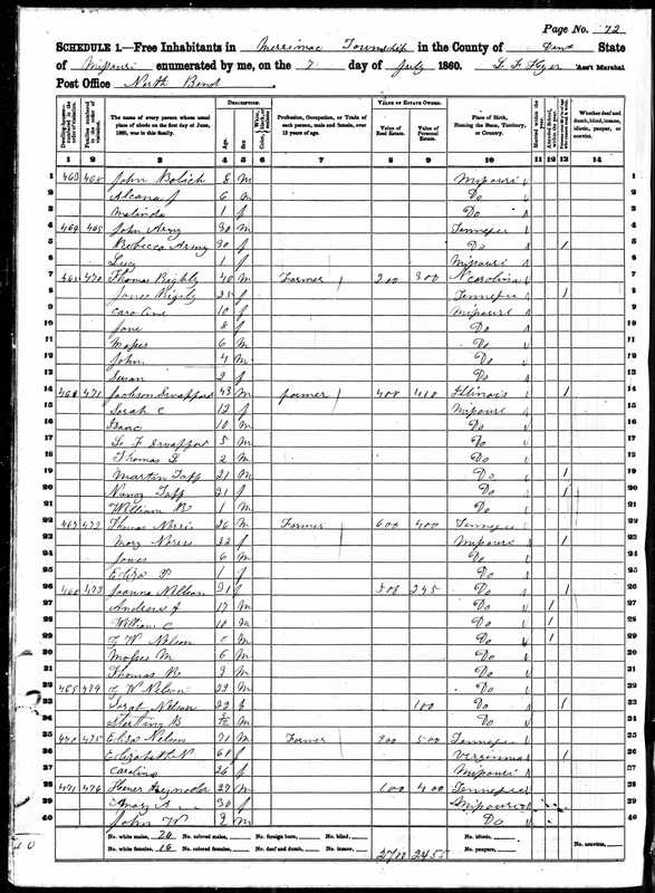 Land Plat of property owned by James and his father, Elisha, in Dent County, Missouri. The plant also shows land owned by Johanna's second husband, James Swafford.
​The following is information on the land patents owned by James: