William Neely came to Tennessee from Virginia in November 1779 with Col. Robertson overland driving livestock and to clear land as his wife and 10 children joined Col. John Donelson's flatboats from Fort Patrick Henry and journeyed to Fort Nashborough to meet William arriving 4 months later than planned in the spring of 1780.    William helped build Mansker's Fort.

The record of the travels of Margaret Patterson Neely and her 10 children with Col. Donelson is expertly told by P. M. Terrell, another Neely descendant, in her book "River Passage. This book is available as a book or for a Kindle through Amazon and other sellers.  This is the most complete and spell-binding story I have found that uses all the documentation available and tells the Neely family's trials being a part of the first settlers and founders of Fort Nashborough and surviving countless Indian attacks. SPOILER ALERT:  My 6-g-grandfather Isaac (Ike in the book) gets shot!

Excerpts from the book "River Passage" regarding William, Margaret and their son Sam which explains where the original home is now located:

"Neely, William (Sr.) – cleared the land around the original Fort Nashborough, founded Neely’s Salt Lick at Neely’s Bend (now Larkin’s Sulfur Spring in Madison, Tennessee) and built the log home mentioned under Sam Neely. Only four months after his family joined him in the Cumberlands, he was attacked and killed at Neely’s Salt Lick. He was only 49 years old."

"Neely, Margaret Patterson (Maggie) – though she made it to Fort Nashborough, she was killed just two years later in an Indian attack near Neely’s Bend at the age of 45. Her youngest son, John, who was 6 years old at the time of the river voyage, was killed at the same time."

"Neely, Sam – married Mary “Polly” Watkins and had two children, Sam and Joshua. He lived the rest of his life in the home the Neely family built in the spring and summer of 1780. The home became known as the “Sam Neely Home” and was relocated to Clarksville, Tennessee in the 1960’s, where it stands as of this writing at Hachland Hills. He became an Indian fighter and killed the Indian who killed his mother and little brother Johnny. Though his mother thought his hot temper would result in a short life, he outlived all his siblings except Mary. He died in 1845 at the age of 76. Mary and her great-grandson visited him only months before his death."
-  Source: Terrell, P.M.. "River Passage" Drake Valley Press. Kindle Edition.


The following two paragraphs give a window into what the Neely family experienced in Neely's Bend. Excerpt is found in the book "History of Davidson County, Tennessee":

"The three first years of the stationers on the Cumberland were years of privation, losses, and gloom. Remote and separate
improvements had to be abandoned. The people were driven in, and were under the necessity of congregating at the Bluff,
or French Lick Station, and at Eaton's. Some continued at Freeland's. At Mansker's they lingered to the close of this year.

"Some began to regret that they had not gone with their friends who had parted their company at the mouth of the Tennessee;
​               others wished the boats had not been broken up to make but indifferent cabins among the cedars. Shall we flee the
country?' was the question. Better,' said some, to leave while we may than remain and die of hunger, or be massacred
by savages. 'No,' said a few resolute men, ‘no! And there were some brave-hearted women who said No. This is the place
for which we set out, and here we will remain.' So said Mrs. Cartwright, Mrs. Neely, Mrs. Robertson, Mrs. Donelson,
Caffery, Purnell, Jennings, Blackemore, and the wives of the Bledsoes, who came by the long land-route,—women whose
names deserve to be forever memorable. Nearly every one of these held the same religious sentiments, and often'
comforted themselves and. others by their ' trust in Providence.' "


*A Lick is a place where animals can go to lick essential mineral nutrients from a deposit of salts and other minerals. Mineral licks can be naturally occurring or artificial (such as blocks of salt that farmers place in pastures for livestock to lick).


William Neely and Margaret Patterson had the following children:

4.  MARY NEELY was born in 1761. Mary died in 1852. Captured by Indians at the time her father was killed. She wrote a diary which was used as a source in the historical non-fiction book "Songbirds Are Free" written by P. M. Terrell, who is also a descendant of William Neely. The books can be purchased through Amazon and other booksellers.

6. WILLIAM NEELY was born in 1766. "HOUSE, 3rd General Assembly, 1799-1801; representing Davidson County. Born in South Carolina, December 12, 1776; son of William and Margaret (Patterson) Neely. Extent of schooling not determined. Parents were among first settlers at site of present-day Nashville, Davidson County. The father was killed by Indians in 1780 and the family had been granted 640 acres of land as a result; the mother was killed eight years later; subject lived on portion of land in Neely's Bend, Davidson County. Married three times; first in Davidson County on March 18, 1793, to Esther Walker; second marriage in Davidson in February 1820, to Polly Birdwell; third wife was Jane; her family name and date and place of marriage not found; subject did not name any children in last will and testament. Neely died in Davidson County on May 27, 1842; buried in Spring Hill Cemetery, Nashville. Sources: Haywood, Civil and Political History of Tennessee, 219-45; Putnam, History of Middle Tennessee, 117-18; Arnow, Seedtime on the Cumberland, 306, 333, 362; Acklen, Tennessee Records, I, 78; "Davidson County Marriage Book, I (1789-1837), pp. 27, 220; D.A.R., Roster and Soldiers, 1206-1207. "  Source:  "Biographical Directory of the Tennessee General Assembly Volume 1 1796-1861"


​
Diary of John Donelson (founder of Nashville), 1779. The Journal documents the 1779-1780 river voyage of Col. John Donelson and others, including women, children, and African Americans. The travelers sought to establish the first permanent settlement (Fort Nashborough) west of the Appalachians.

​    Excerpt from Website:
"This journal documents the 1779-1780 river voyage of Col. John Donelson and others, including women, children, and African Americans. The travelers were seeking to establish the first permanent settlement to the west of the Appalachians - 200 miles further west than previous settlements. On December 22, 1779, Col. John Donelson’s group departed on the boat Adventure from Fort Patrick Henry on the Holston River. After many harrowing adventures and considerable suffering, they arrived at French Lick, which is now Nashville, Tennessee. Donelson’s crew included many family members of the men who took a different route west with James Robertson [William being one]. This group joined Donelson’s flotilla at the mouth of the Clinch River, and was led by Capt. John Blackmore. Upon arriving at the French Lick and joining Robertson’s group, a forted station was constructed next to the Cumberland River. The successful completion of this voyage in April 1780 culminated in the founding of the settlement of Nashborough (later Nashville). The document purports to be a firsthand account of this journey, but the authenticity of the item has recently been called into question. Although the diary prominently displays the words, “the original” on the front, it is possible that the author of the journal is not John Donelson himself, but rather, his son, John Donelson, Jr. A detailed investigation of this possibility can be found in: Paul Clements, “Tennessee Notes: An Analysis of ‘The Original’ Donelson Journal and Associated Accounts of the Donelson Party Voyage.” Tennessee Historical Quarterly 64, no. 4 (Winter 2005): 338-349. A short introduction to this document is available here: http://tsla.tnsosfiles.com/digital/teva/intros/33635.pdf . "

Source:  Tennessee Virtual Archive Website URL: ​https://teva.contentdm.oclc.org/digital/collection/tfd/id/600/
Excerpts:
"Monday May 10,1784. The House.....Mr. Person from the Committee to which was referred the Petition of the Inhabitants of Davidson Co., Reported as follows: vizt: --
each and every one of them, receive a grant of six hundred and forty acres of land, including their pre-emptions, without being required to pay any price to the state for the same, provided that every person receiving such grant shall pay the office and surveyors fees for the same.
​
And the committee are further of opinion that the Heirs or devisees of: Zachariah White, Alexander Buchannan, James Leper, James Harrod, Alexander Thomson, David Maxwell, Robert Lucas, Timothy Tirrell, William Hood, Edward Carvin, William Nieley, James Shanklin, Samuel Morrow, George Kennedy, John Robertson, Abel Gowen Sr., Abel Gowen Jr., Nicholas Trammell, Philip Mason, James Turpin, Nathan Turpin, Jacob Stump, Nicholas Gentry, William Cooper, Jacob Jones, James Mayfield, William Green, William Johnston, Samuel Scott, George Aspie
​
who were killed in the settlement and defence of the said County of Davidson, receive grants for the same number of acres in the same manner, and on the same terms and conditions as the former."
Source:  Land Grants Davidson County Tennessee. URL: https://sites.google.com/site/davidsoncounty/home/land-grants
​ 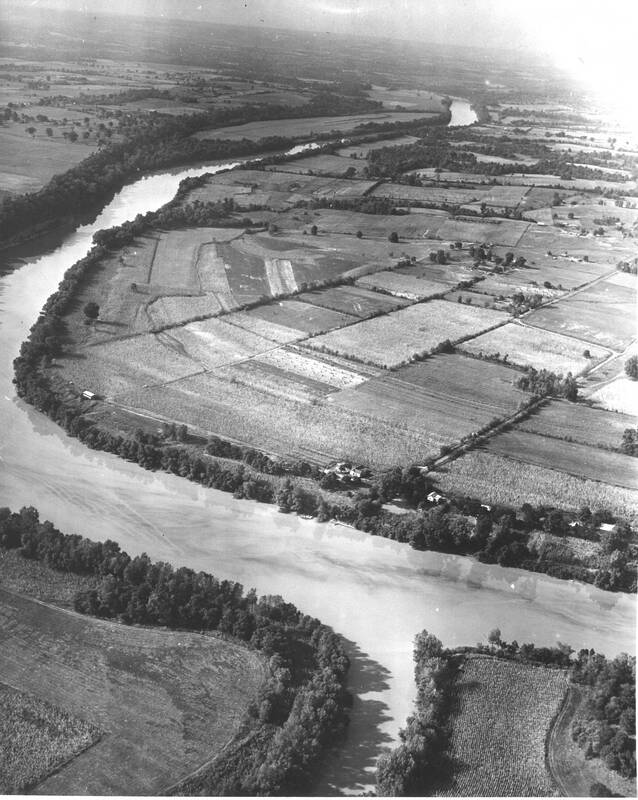 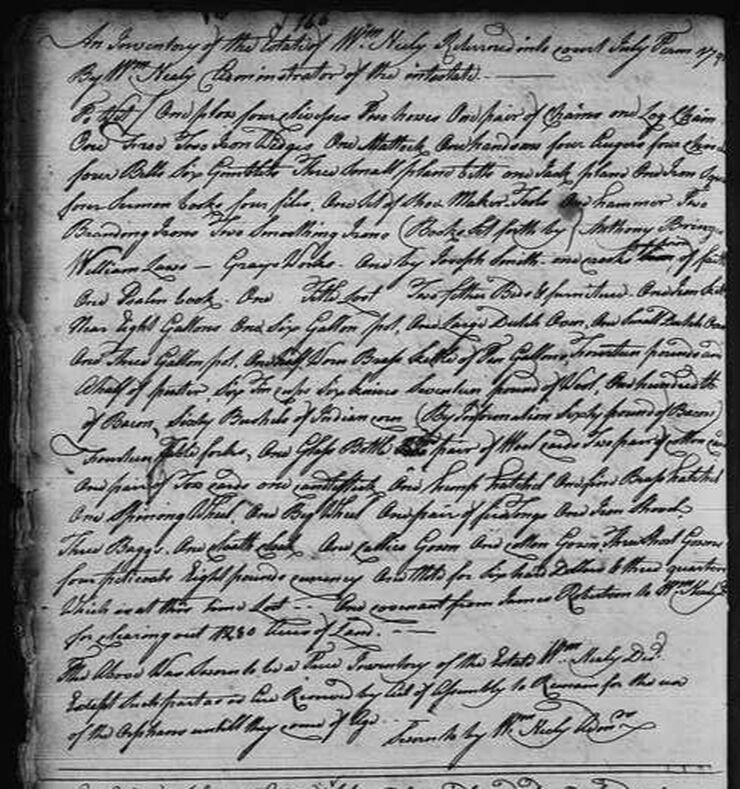 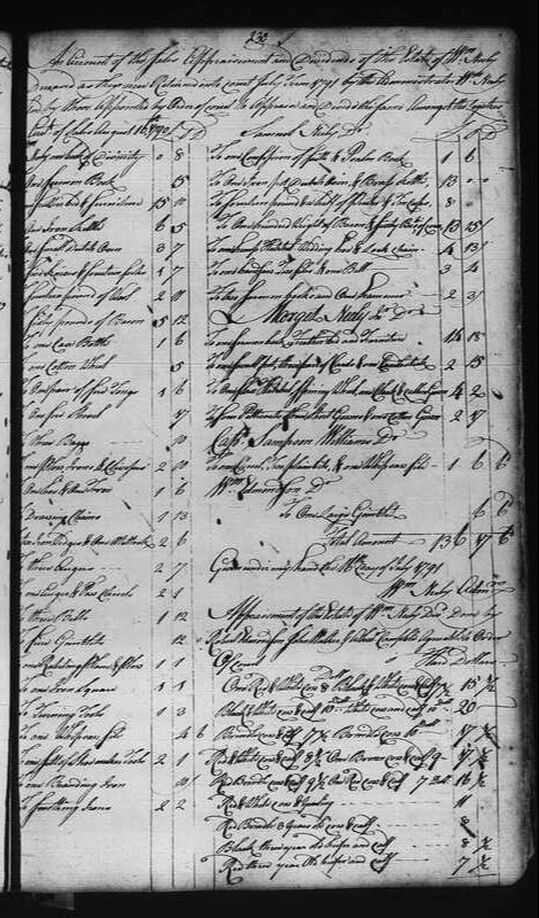 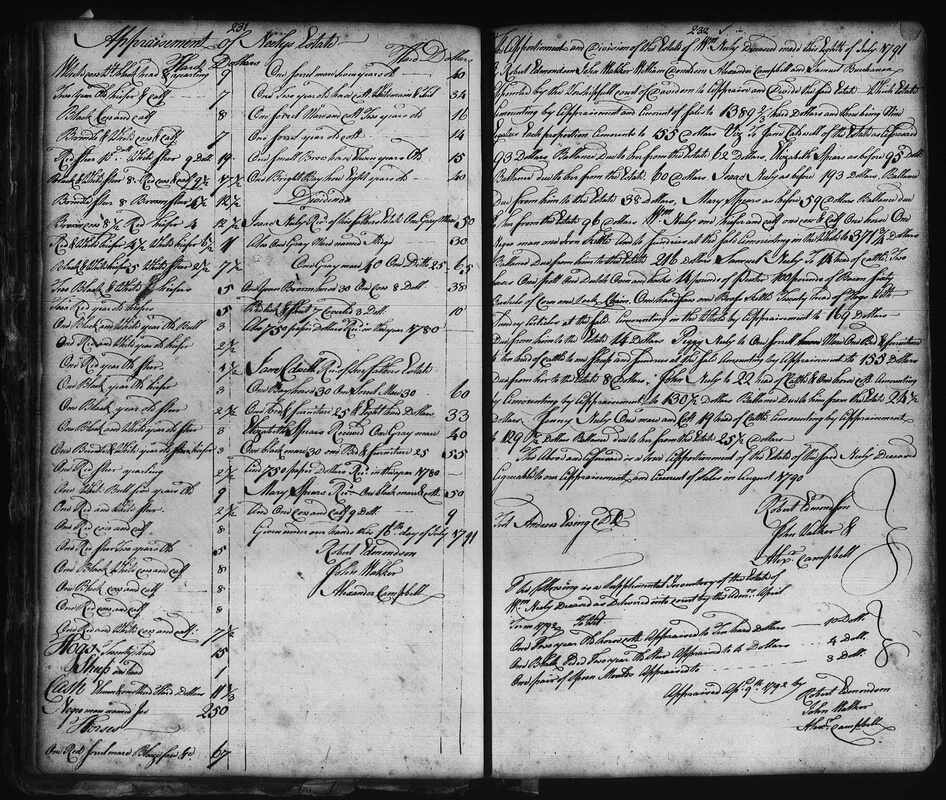 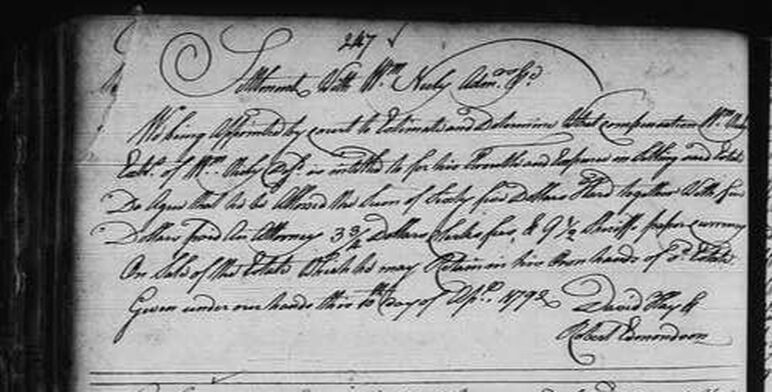 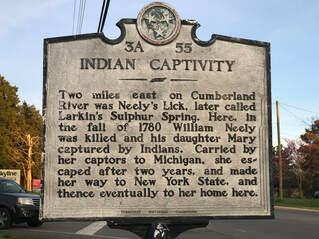 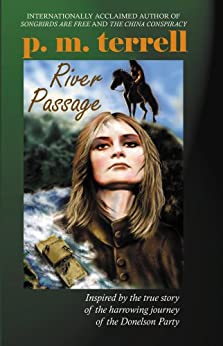 "River Passage" story of the Neely family's journey to Fort Nashborough. MUST READ! Click on the image to be taken to the Kindle version on Amazon
Other Sources:

Carr, John, A Pioneer of the West.  "Early Times in Middle Tennessee". The Parthenon Press, Nashville, 1857.

Drake, Doug and Jack Masters, and Bill Puryear. "Founding of the Cumberland Settlements, The First Atlas 1779-1804, Showing Who Came, How They Came, and Where They Put Down Roots";  2010