Philippa
​William Mead was born in Lydd, Kent, England. William was baptized December 27, 1592, in Watford, Hertfordshire, the son of Priscilla Mead and Dorothy Grey. His gravestone states he was born in 1600, but baptism records state he was baptized in 1592.  He married in Watford, Philippa, last name unknown, and they had four known children. (Note: Priscilla was considered a man’s name in this time).

William and Philippa immigrated to America with their children Joseph, John, and Martha. Another daughter, Mary the eldest of their children, died before they left England. The Mead family is purported to have left from Lydd, Kent County, England aboard the ship “The Elizabeth,” believed to be in the company of Pastor Richard Denton (See Rev. Richard Denton’s story on page 320) and his Watford entourage, in April of 1635. They arrived in Plymouth Colony in June of 1635. Their voyage had been a hard one, with scant provisions, and cramped accommodations, very typical of crossings at that time. It wasn’t until the late 1800’s that passage became more comfortable.

They did not come to America for religious freedom, as a lot of early settlers had, but to build a new life in a new country. William was not tolerant of the straight laced people of Boston, nor did he care for the organized religions and their harsh doctrines. In 1636 discontent manifests itself around Boston, and Rev. Thomas Hooker, Roger Williams and Mrs. Hutchinson lead a revolt against the established church and left Massachusetts bound for Rhode Island, and Connecticut. This left only about eleven families still in Cambridge. With the many families that revolted from this environment, William and Philippa joined the group of Massachusetts Bay Colonists, led by Roger Williams, and moved to Connecticut. Connecticut and Rhode Island, though strict by today’s standards, were not ruled by the tyrannical oligarchy of the Massachusetts government, and offered more religious and personal freedoms for those that moved there. It is here where you see the attempt to separate the government from the church. These Connecticut Colonists, tired of the church control into their everyday lives, set up their governing body separate from the rule of the church. Their attempt probably wasn’t any better for the colonists, but does show the start of a basis for the American Constitution, separating Church and State.

William and his family first settled in Wethersfield, Connecticut, which is near Hartford and was under the jurisdiction of the Connecticut Colony. On December 7, 1641, they moved to and established Stamford, Connecticut, with forty one other families. Stamford was under the rules of the New Haven Colony. There William was granted five acres and a town lot, a place to build his home.

William Mead, the immigrant, was a well respected man of early colonial Connecticut. William was very active in the governmental proceedings of Stamford, Connecticut, and left his mark throughout his community, and in history. He was the ancestor to most of the Mead’s of Connecticut, New York, Vermont and those that settled Meadville, Pennsylvania. It is said over a million Americans have William’s blood flowing in their veins.

Early in the Colonial period, defense from attacks by Indians was developed by organizing militia groups, sometimes called train bands. Train was a term shortened from the word trained. All able men, including our Mead ancestors, were required to participate in the defense of their community, as well as when needed, in the Colonies as a whole. These settlers were required to attend scheduled training, and keep at the ready, a rifle, powder, bullets, and match. Certain members of these train bands were also required in turn, to be at a moment’s notice, ready for a call to service. These became known as the minutemen. The command structure in the early days was by appointment, usually by the local governing body. Later a common practice was by election by the members of the militia. These militias and the need for them placed the Colonies in the ready, when the Revolutionary War broke out.

When the English came to Connecticut in the 1600’s, the Dutch were in control of that part of southwest Connecticut in which the Mead’s settled. With a history of the Dutch people supplying fire water to the Indians, and the Indians resultant rampages against the settlers, there were continuous skirmishes between the two groups. The many massacres that occurred on both sides eventually subsided when the Indians dwindled in numbers. These many outbreaks of war between the settlers and the Indians became known as the Colonial Wars, and continued almost continually until after the Revolutionary War. Life on the frontier was a continuous battle for survival at best.

In 1650 the Dutch Governor of New Amsterdam (New York) agreed that control over Greenwich would transfer to the New Haven Colony. It was still considered as part of the town of Stamford as it was settled by people from Stamford. In 1656 the General Court at New Haven said that the inhabitants of Greenwich lived in a “disorderly and riotous manner.” They accused them of selling liquor to the Indians, receiving and harboring servants who had fled from their masters, and joined persons unlawfully in marriage. The Colony of New Haven decided to assert its control on the unruly citizens and bring them back in line, to live a more orderly life. They sent the settlers of Greenwich dispatches requesting them to submit to their authority. They refused, stating they were an independent state under letters from the King of England, and when they could not produce such documents, on threat of arrest, they begrudgingly agreed to place themselves, including our Mead ancestors, under the jurisdiction of the New Haven government. In 1665 New Haven Colony and the Connecticut Colony became one, and Greenwich fell to the control of the Connecticut government in Hartford. In 1667 a school was built, and Greenwich was up and running, becoming the base for our Mead family’s long history, that spread throughout America. There is still today a very large presence of Meads in Greenwich.

William’s oldest son Joseph was born in 1624, in Watford, England, and married Mary Brown in 1654 at Stamford, Connecticut. Joseph was a barrister, though not formally educated in law, he defended fellow townspeople, his brother John Mead, and his sister Martha Mead, on numerous occasions in the New Haven Courts. He was noted as being the first lawyer in Greenwich.

Joseph and Mary moved to Hempstead on Long Island and lived there for a few years. Joseph was the Assistant Justice of Hempstead, Long Island, New York, for the short time he lived there and was selected to procure a minister for Hempstead before returning to live in Connecticut. From 1669 to 1671, Joseph was a representative for Greenwich, Connecticut to the Colonial Assembly. In the Greenwich Town records, he with his brother John is listed as one of the first 27 proprietors of Horseneck (Greenwich) Conn.

In 1655 William and Philippa’s daughter, Martha Mead, was charged with “fornication outside of wedlock,” and was ordered to stand trial by the magistrates of New Haven. She became pregnant while she was engaged to John Richardson, though he was not the father of the baby. Martha and John married in 1653, and left Connecticut and moved to Roxbury, Massachusetts to avoid a possible scandal. The baby was born and died a month later, so they returned to Stamford, Connecticut to resume their lives. The secret leaked out a few months later, and the charges were filed. Martha, who suffered from epilepsy, said she was unconscious and taken advantage of, and did not know who her assailant was. Many of the townspeople testified on her behalf, nevertheless, she was found guilty by the unsympathetic New Haven Court. The Court stated that the sexual act surely would have involved pleasure by its participants, and
sentenced Martha to a severe public flogging and a fine. The flogging was suspended because she was pregnant again, this time by her husband John Richardson. Her fine was 10 Pounds. John Richardson and Martha’s father, William Mead, paid the fine on installments, which included two “milch cows.” In reading about this sort of crime, the courts usually went heavy on the punishment for women and light on the men. It was the consensus that men had this in their nature and could not help it. In similar cases, many of the men got off with just a fine. Soon after her conviction, Martha and John, to avoid further reprisal, moved to nearby Westchester County, in New York.

There John Richardson, in partnership with Edward Jessup, bought Indian lands from the local Indians, the Shonearoekite and eight other tribes. This patent dated April 26, 1666 was known as West Farms Patent and was granted to them by King James. The name was given to describe its location relative to the other settlements in Connecticut.

The boundaries of their land was the Bronx River to the East; East River to the South; Harlem River and the Hudson Rivers to the West; and the township of Yonkers on the North. Within a year Edward Jessup died and willed his land to his daughter Elizabeth Hunt, the wife of Thomas Hunt. Today Hunt’s Point on the East river is named for this family.

In 1873 West Farm was removed from Westchester County and annexed into New York City. In 1898 it was made a burrow of New York City, known as Bronx. A descendant family through Elizabeth, the daughter of John and Martha, still owns land in Bronx. Their name is Tiffany.

John and Martha had three daughters: Elizabeth who married Gabriel Leggett; Mary who married Joseph Hadley; Bethia who married John Ketcham.
​
After John passed away, Martha remarried to Captain Thomas Williams who was a very prominent man in Westchester. He died a few years later leaving no heirs.


Children of William and Philipa:


The following is the book "History and Genealogy of the Mead Family..." by Spencer P. Mead, L.L.B.

Download File
The following is the link to download the book "Genealogy of a Branch of the Mead Family..." by Lucius Egbert Weaver. It not only has the genealogy of the Mead family, but also the Denton Family.  I am related to the Mead family on my mother's side of the family, while I am related to the Denton Family on my father's side.   This is the first time I have found a connection between the two families before my parents were married.

Download File
The following book tells the story of not only the Richardson family -- some I do not know the relation to our John Richardson -- but tells of the Mead Family starting on page 906.
​ 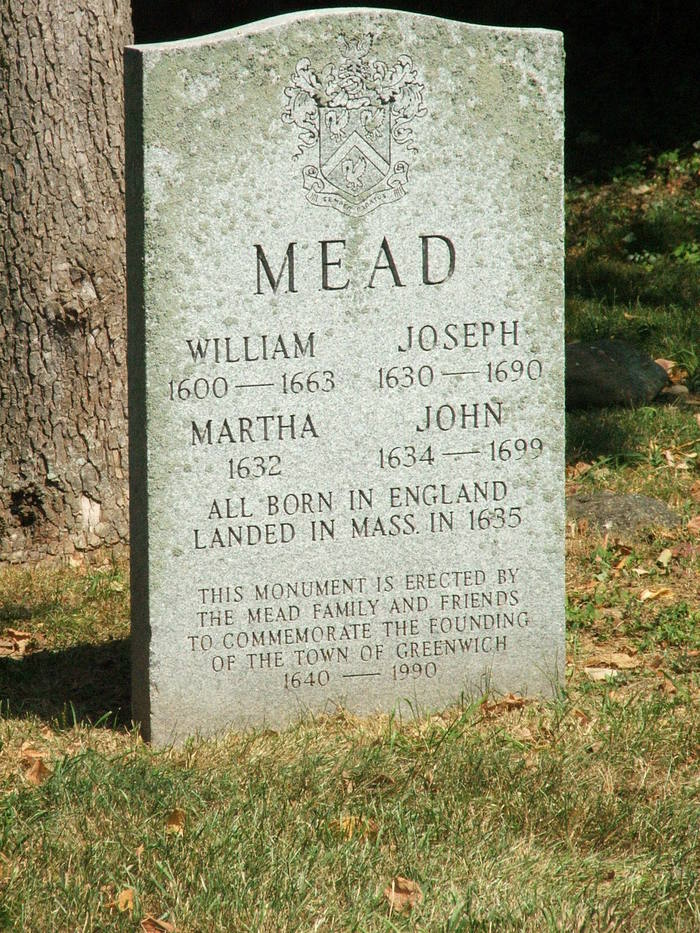 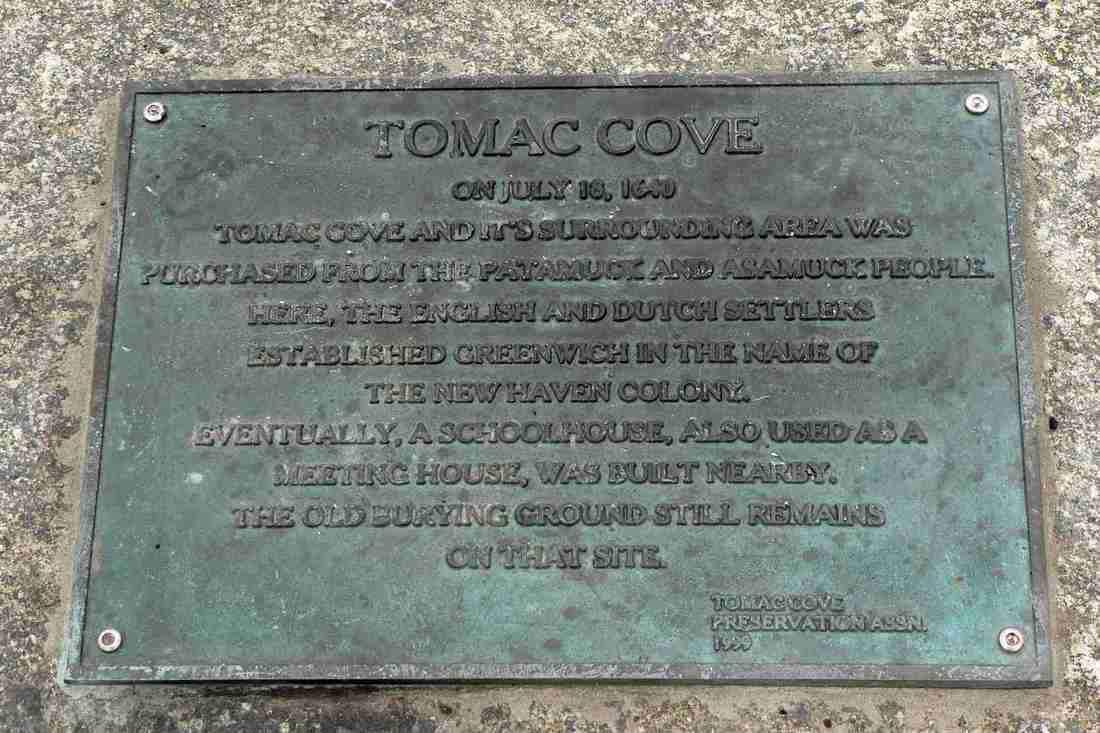