David fought in the War of 1812 as a private in the 1 Regiment Mounted Gunmen (Dyer's) Tennessee Volunteers. A partial history of this regiment is as follows. David's official participation is still being researched:

BRIEF HISTORY:
One of two regiments which Dyer commanded at different times of the war, this regiment was part of General John Coffee's cavalry brigade throughout most of the Creek War. The unit participated in most of the battles of the war, including Talladega (9 November 1813), where they formed the reserves, and Horseshoe Bend (27 March 1814). There were several companies of "spies" in the regiment: companies of cavalry that were sent on reconnaissance patrols and usually took the lead in the line of march for Jackson's army.
BRIEF HISTORY:
Part of Coffee's brigade at New Orleans, most of this regiment took part in the night battle of 23 December 1814. Most of the company muster rolls show casualties from this engagement. Portions of this regiment also participated in the capture of Pensacola from the Spanish in West Florida (7 November 1814). The initial rendezvous point for this unit was Fayetteville, Tennessee. From there they passed through Fort Hampton, to Baton Rouge, and finally to New Orleans. 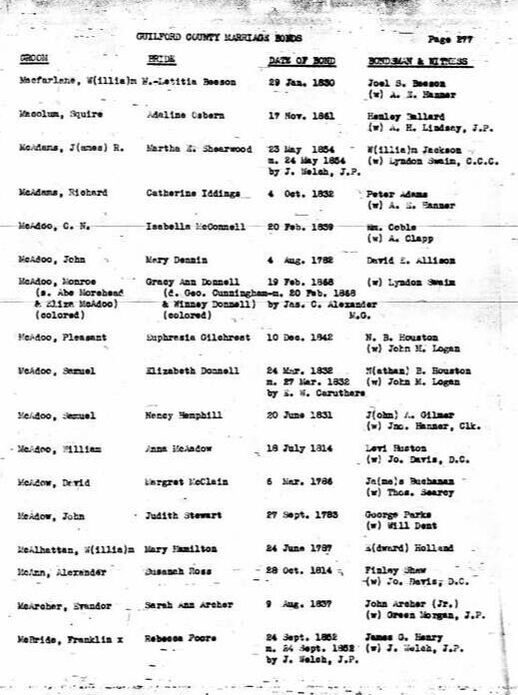 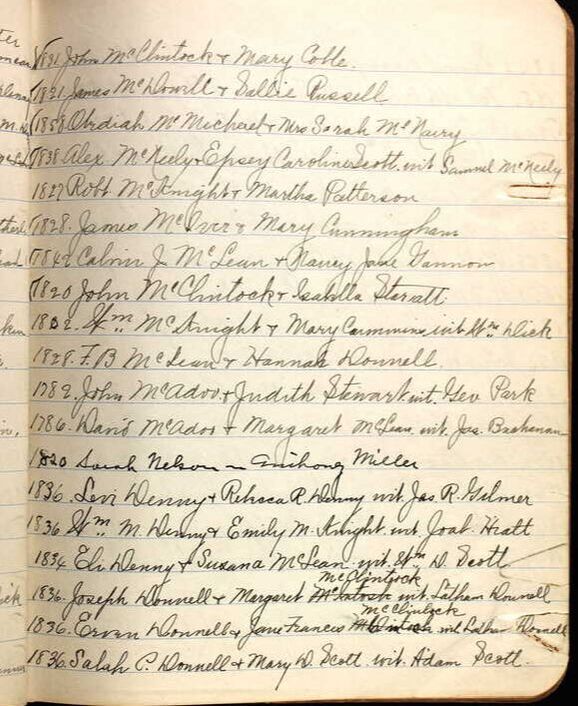 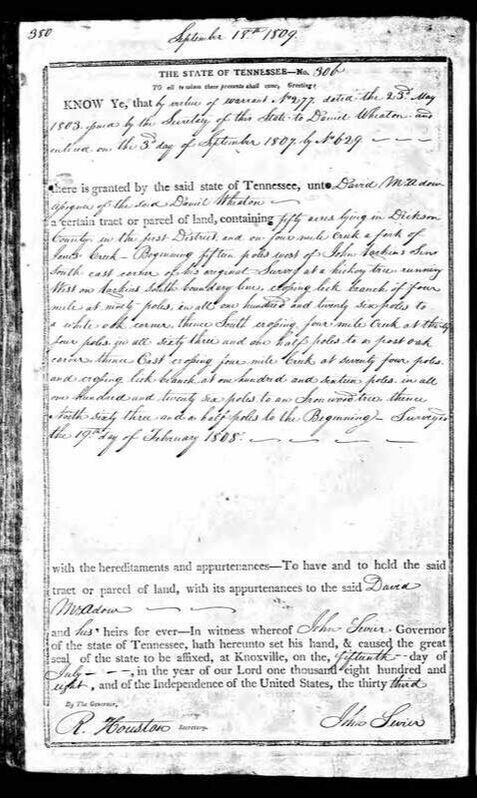 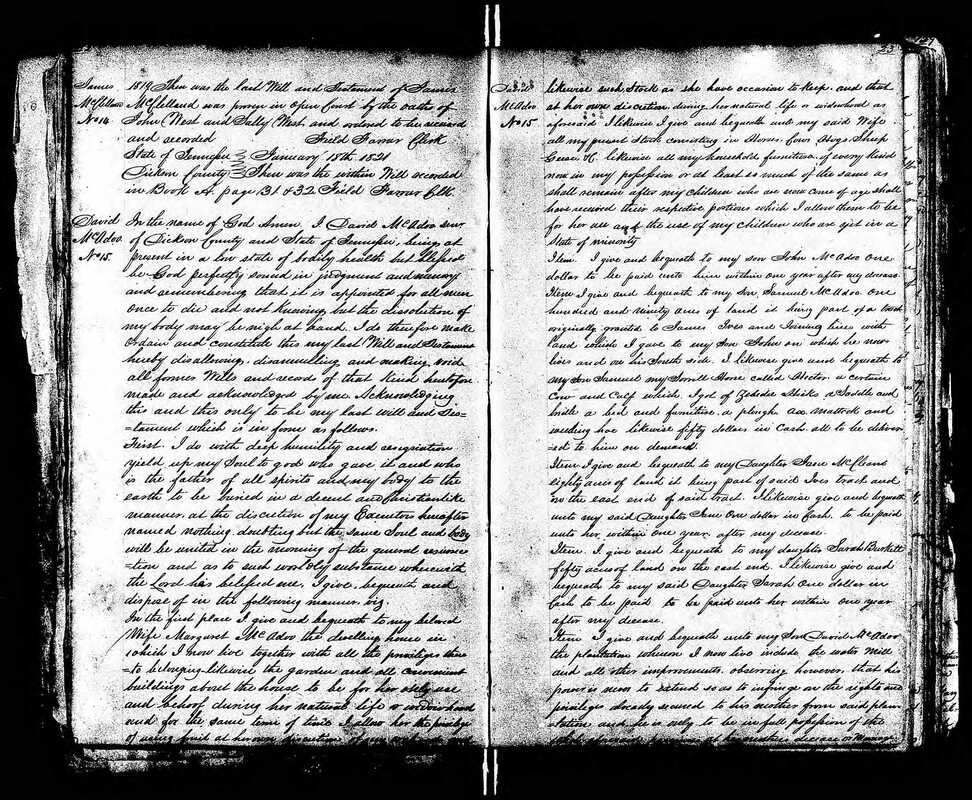 Will of David McAdoo 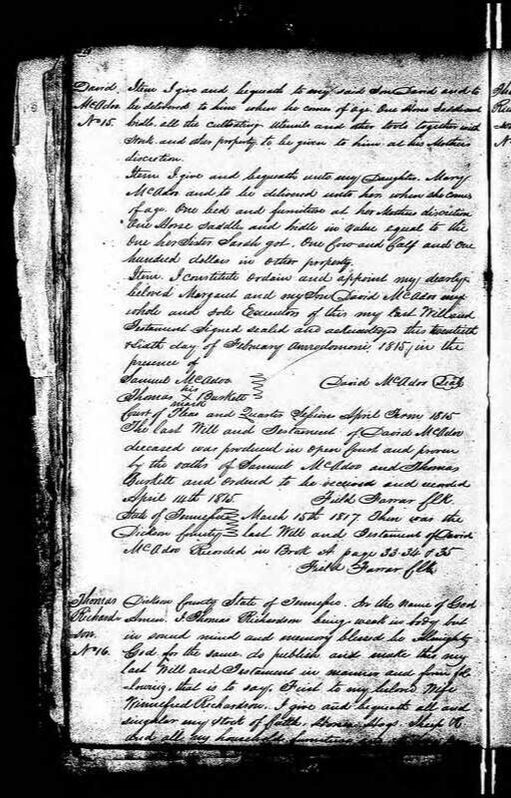 Click on arrow to go to the main McAdoo Family page