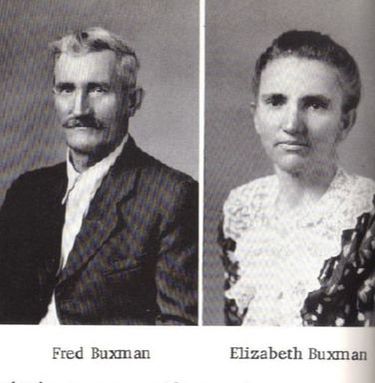 Fred Buxman
​(March 6, 1881 - October 17, 1957)
Abraham was born on December 25, 1882 in Kartmyschik, Crimea, Russia. His parents are unknown at this time. Abraham married Elizabeth Gudie while still living in Russia.  Abraham was killed by lightening on May 31, 1912 while fixing a fence on his farm.  He is the first person to be buried in the Kiowa Cemetery, Lipscomb Co., TX.

Elizabeth Gudie was born on September 30, 1888 in Kartmyschik, Crimea, South Russia. She was the daughter of John Gudie and Margreta Elizabeth Littau. Elizabeth died on February 24, 1972 in Darrouzett, Lipscomb Co., Texas. She is also buried in the Kiowa Cemetery, Lipscomb Co., TX.

After Abraham’s death, Elizabeth married Friedrich Buxman. Fred was born on March 06, 1881 in Miller, Russia and died October 17, 1957 and is also buried in the Kiowa Cemetery Lipscomb Co., TX. 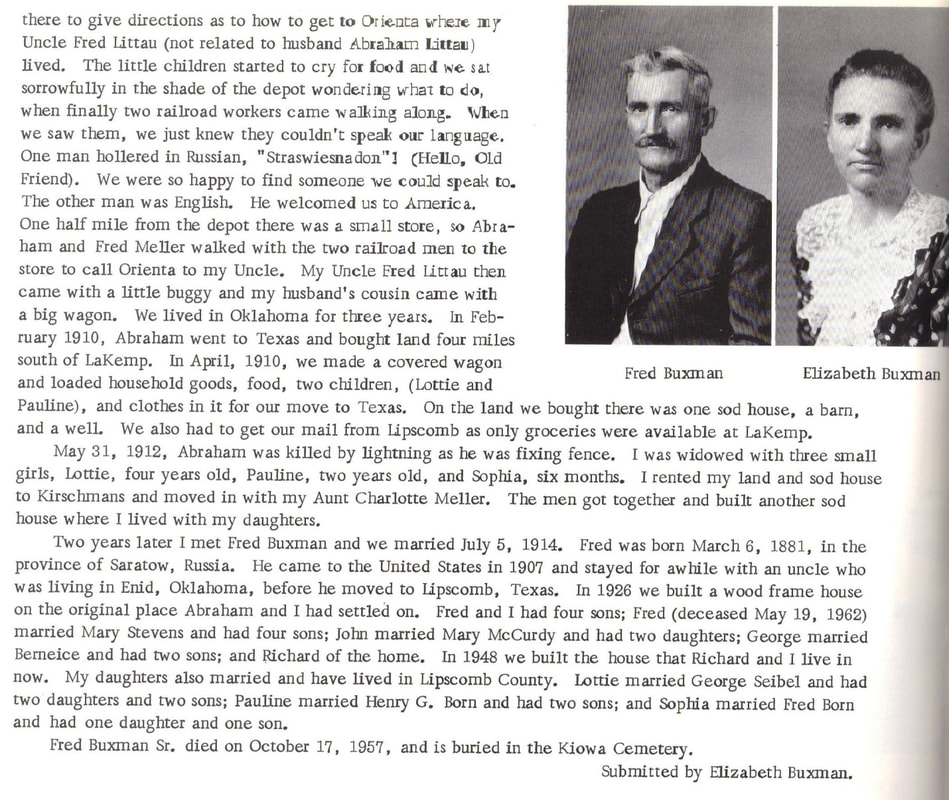 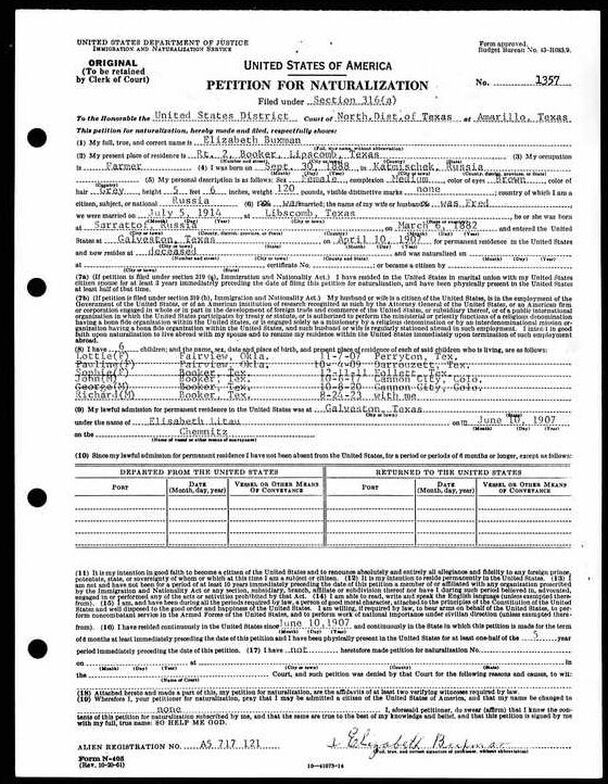 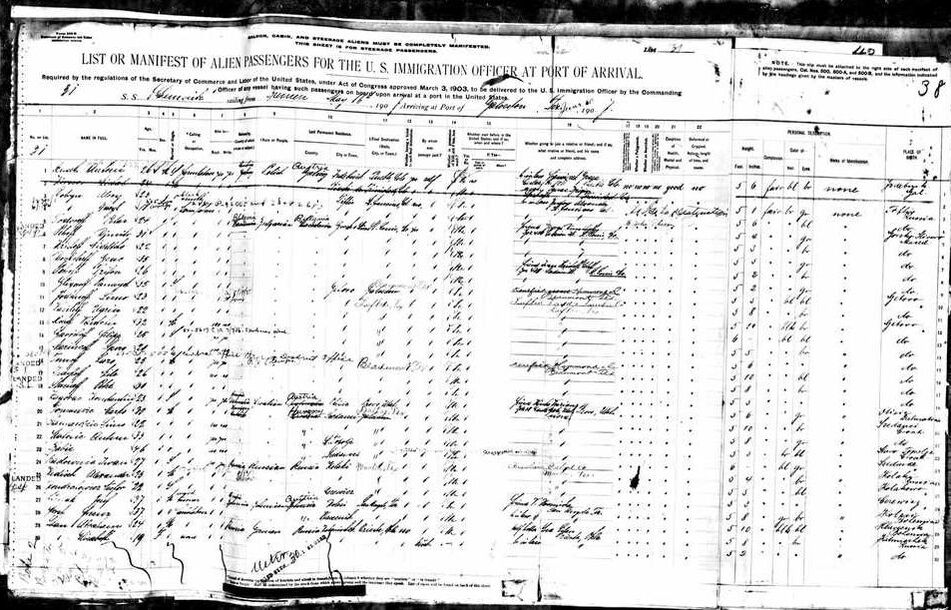 Ship Manifest of the Ship Chemnitz. Abraham and Elizabeth are on lines 29 and 30, the bottom 2 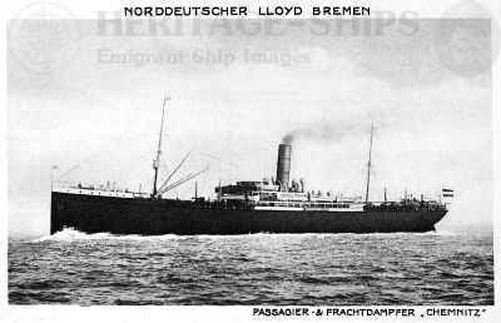 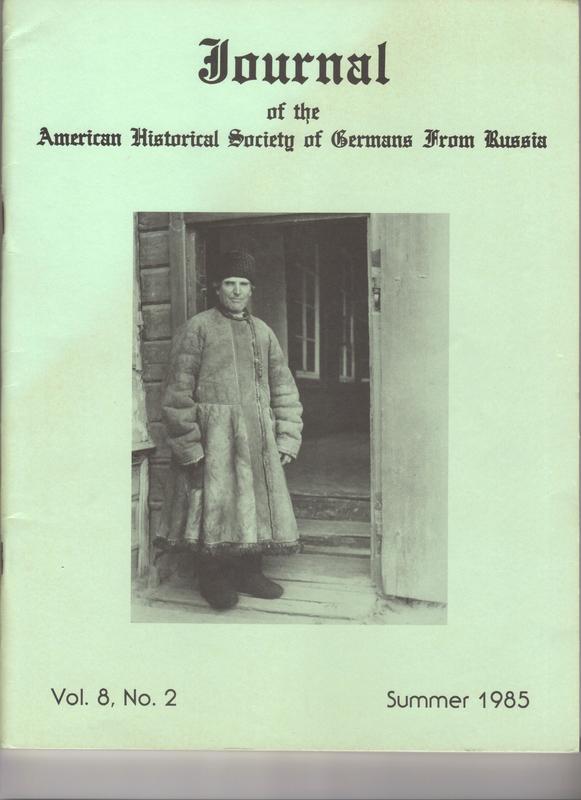 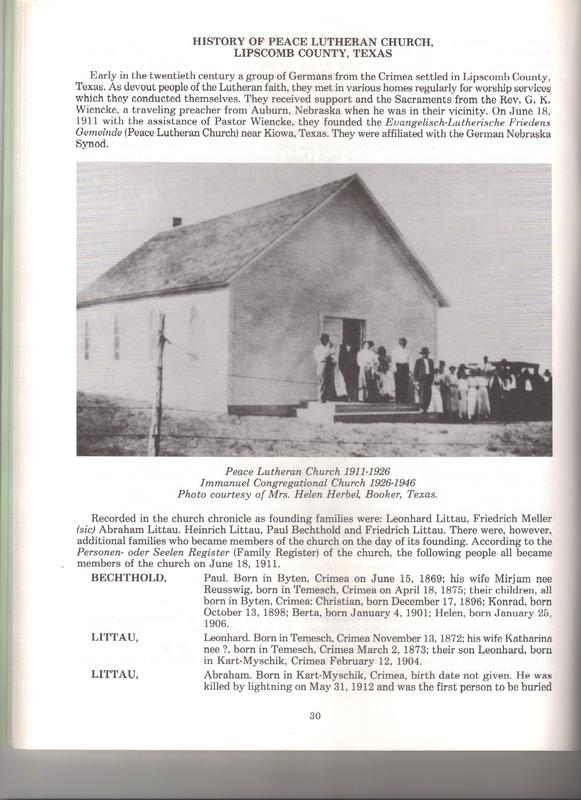 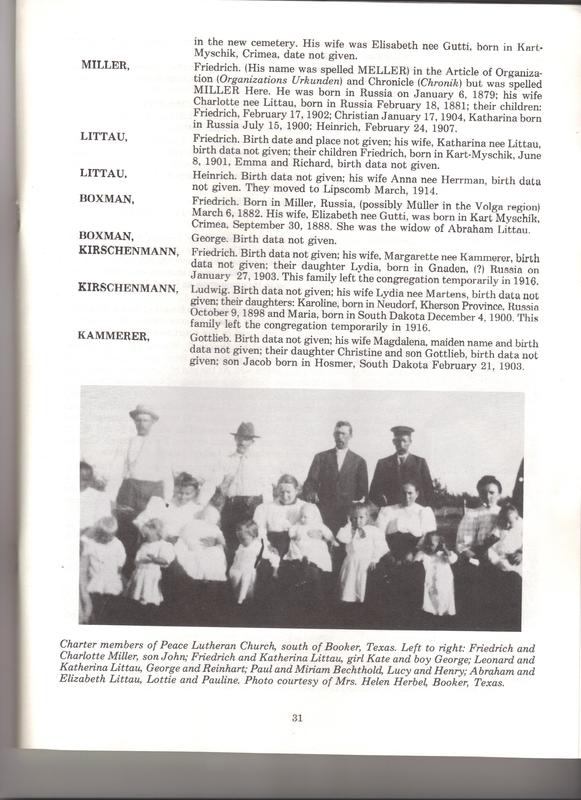 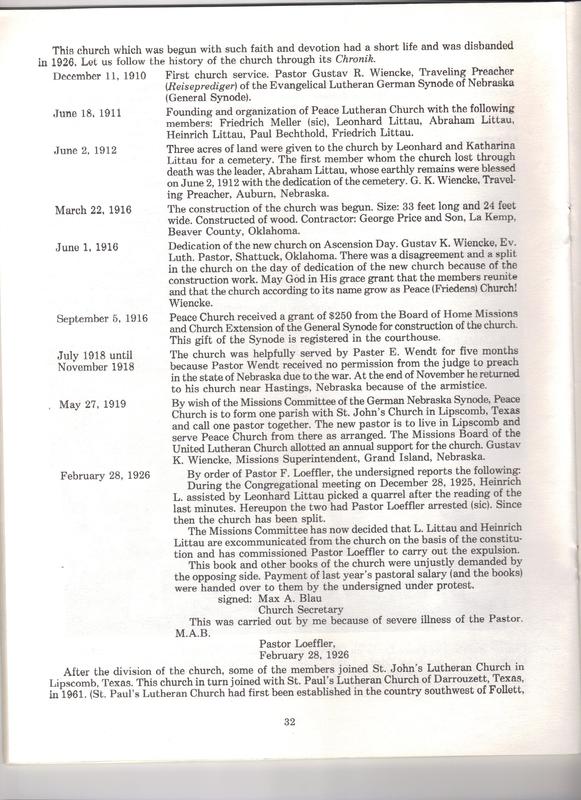 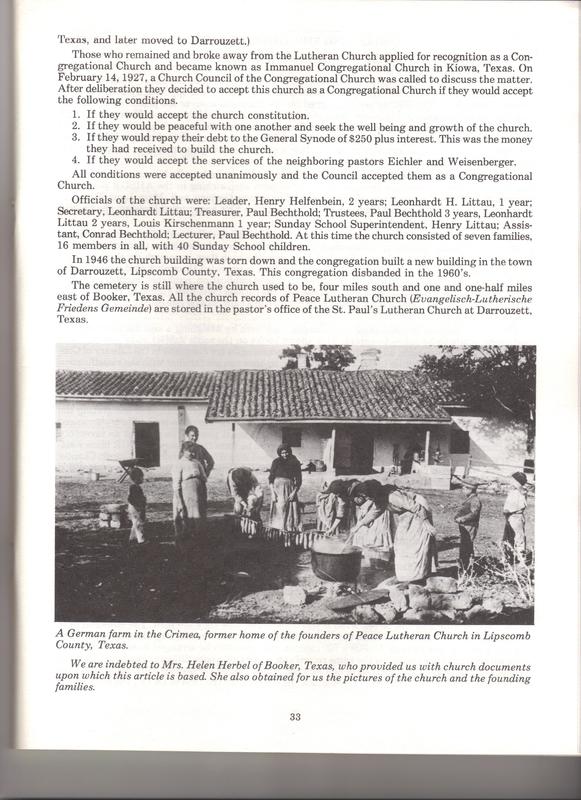 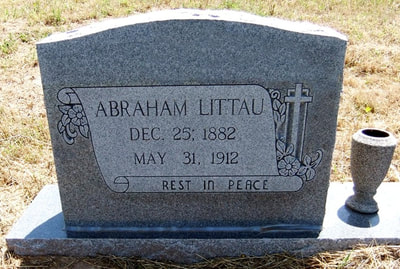 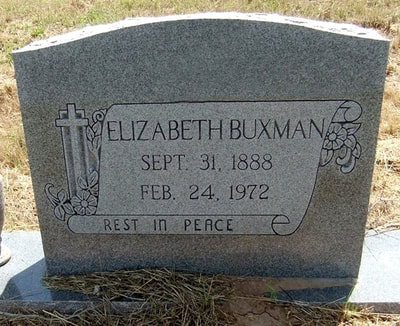 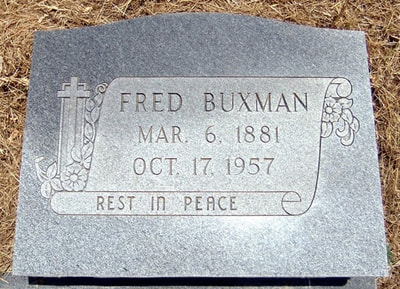 ​Abraham, Elizabeth and  Fred are all buried in the Kiowa Cemetery. Named for the nearby creek, Kiowa Cemetery served the residents who settled here in the early 20th century. The community consisted of Russians of German descent whose families began settling in Russia in the mid-1700s, during the rule of Catherine the Great. In 1910, several of these German-Russian families settled on the Kiowa Creek south of Booker; they soon established a Lutheran church. Charter members of the church included the Meller, Bechthold, and Littau families; all are represented in this burial ground. The first internment, of Abraham Littau, occurred in 1912. In 1916, Leonhard and Katherine Littau donated property for use as a cemetery. Today, descendants of the interred care for this burial ground.
Published in the “Dimensions in Progress 1919-1969 Booker, TX”