The following is an excerpt from the JP Kirkpatrick Genealogy website, url:  http://jpkirkpatrick.com/:

​Alexander Kirkpatrick (1741-1825) was the first sheriff of Augusta County, Virginia. He sold his land and his property in August County in 1769 and purchased land (or so he thought) in Orange County, North Carolina. King George III of England made grants of huge tracts of land to the noblemen whom he liked and favored. One of these was Lord Granville to whom he granted the entire northern half of the Colony of North Carolina. If Granville visited this country more than once, there is no record of it in existence today. His agent was a man named McCullough. He was notoriously careless, dishonest and dissolute. 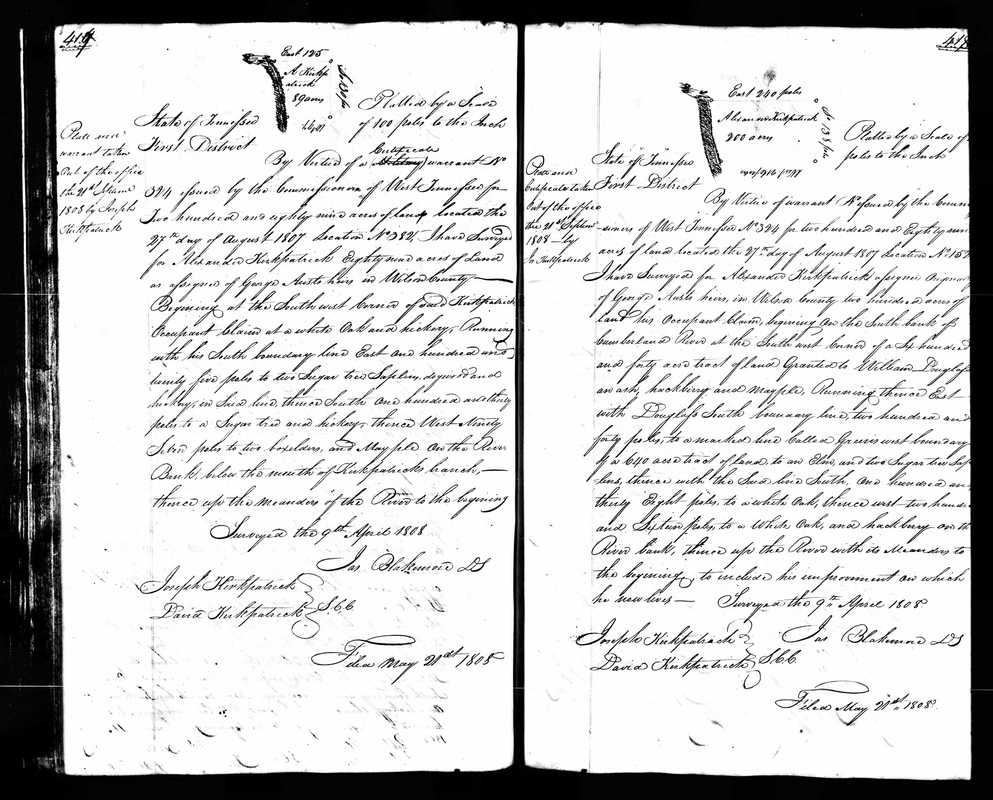 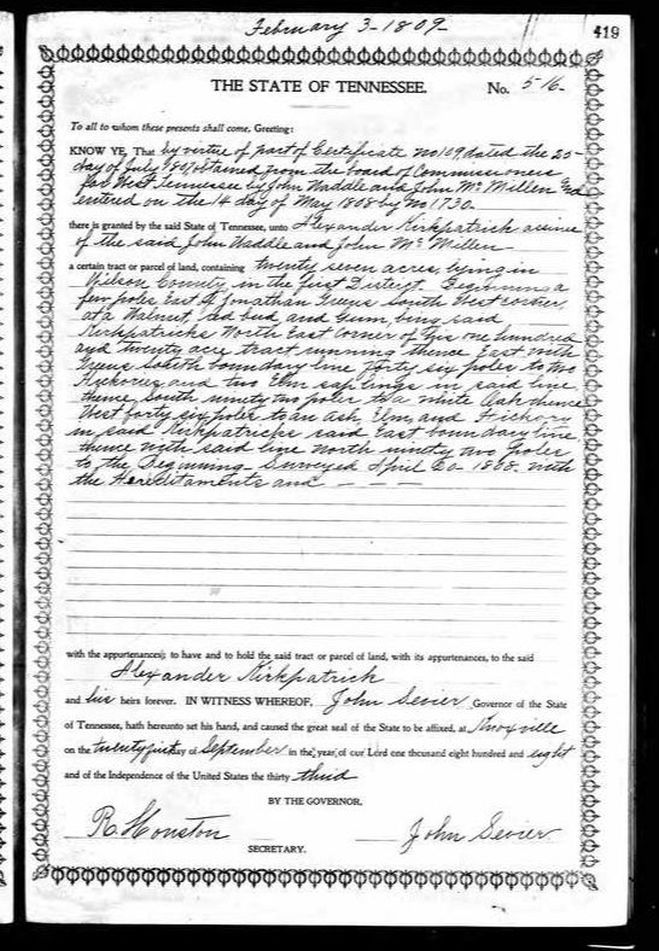 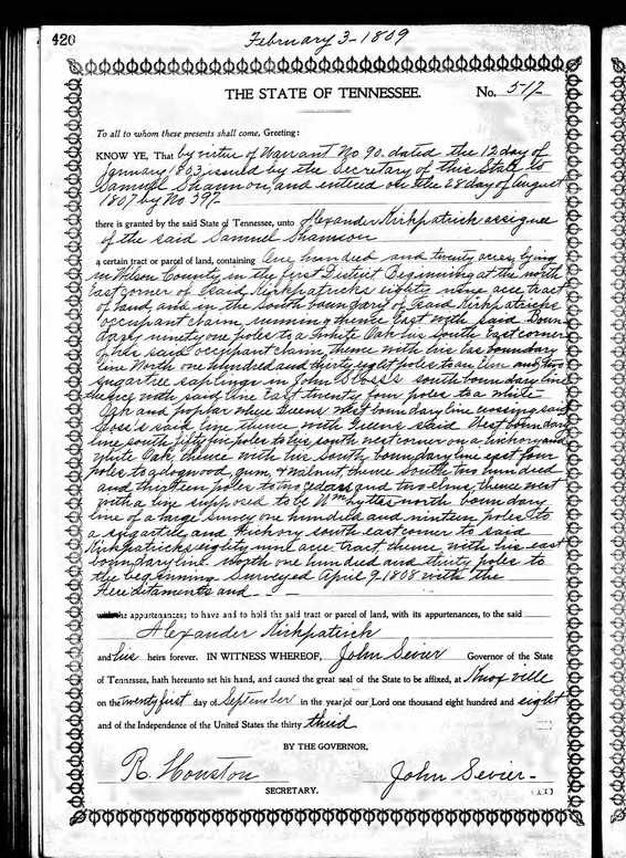 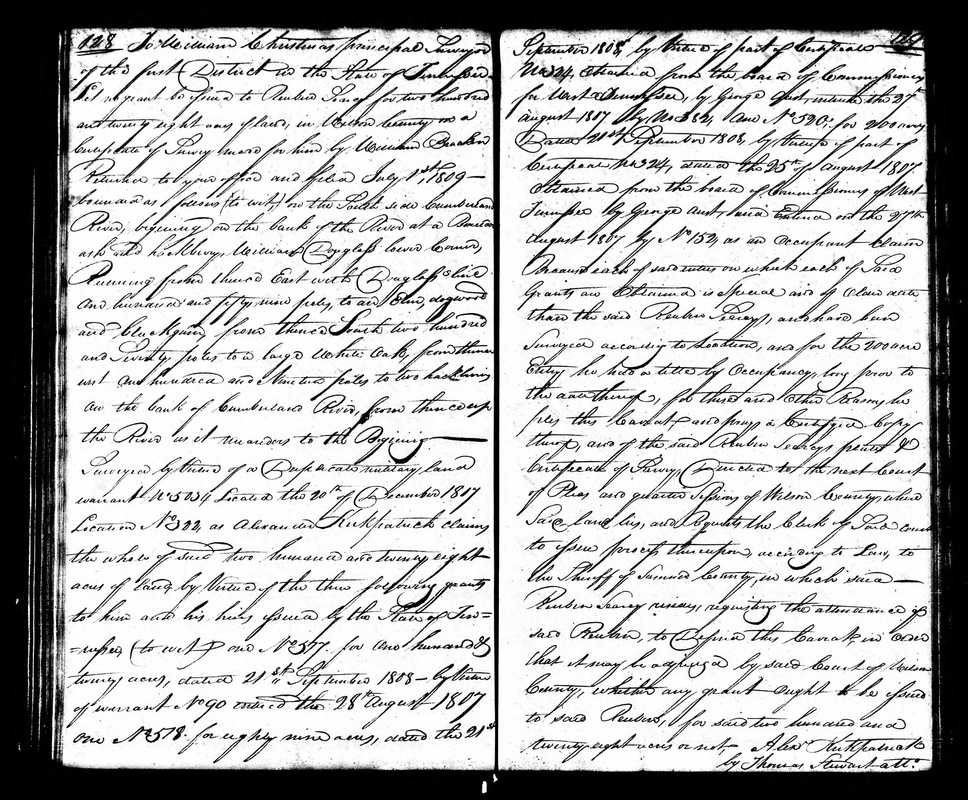 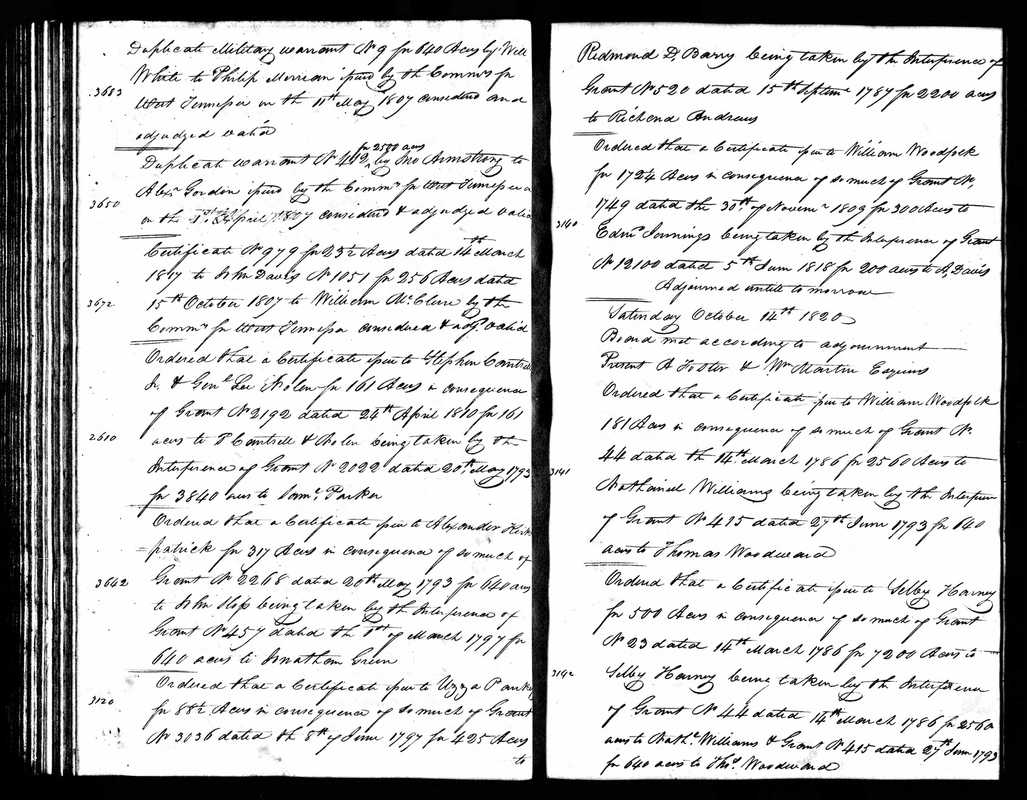 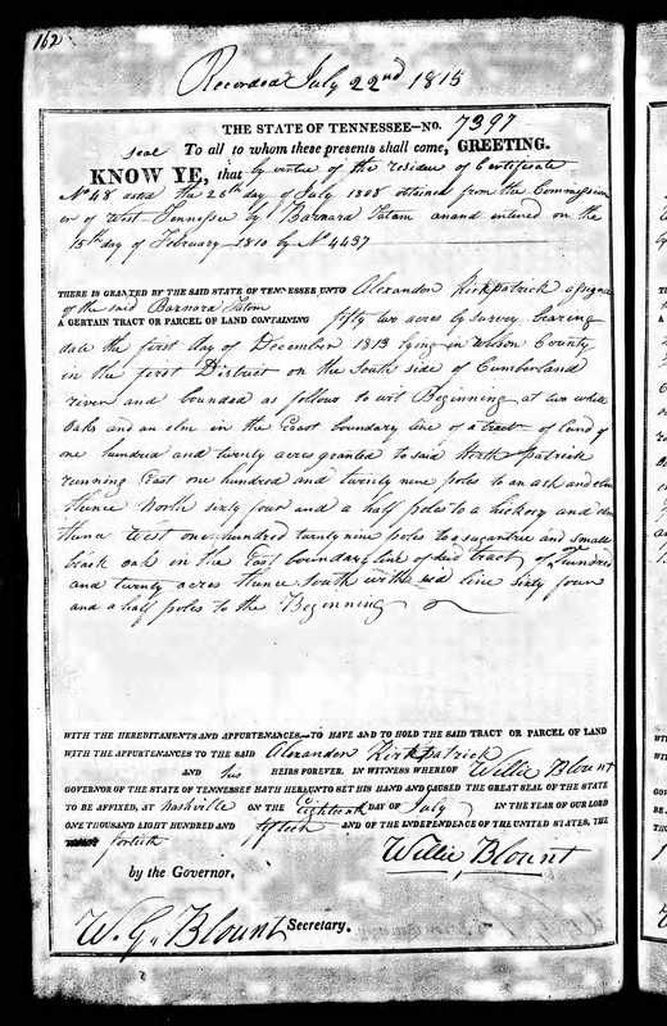 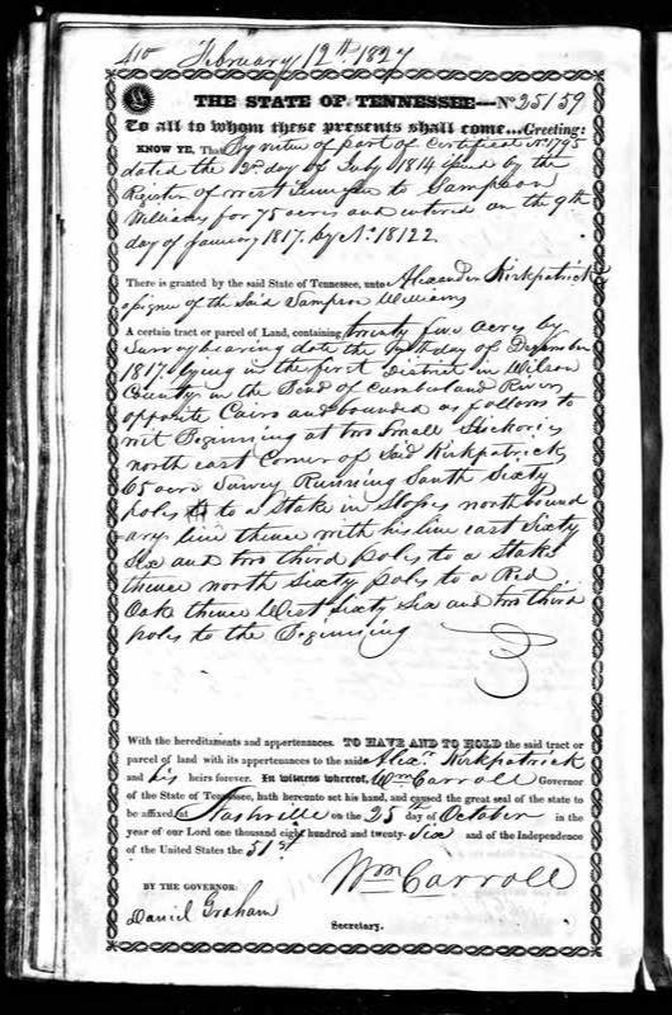 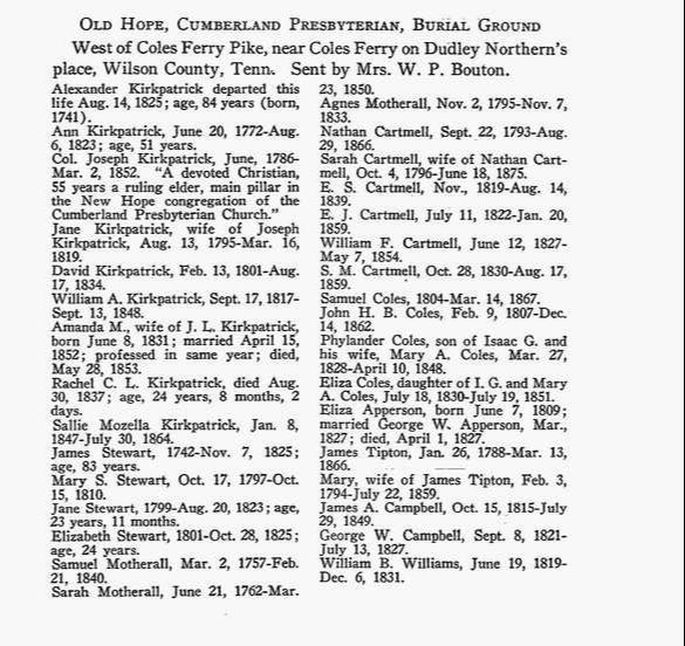 Click on arrow to go to the main Kirkpatrick Family page