In the 1830 & 1840 census Joseph was in in Bledsoe Co., TN. Joseph acquired land in Bledsoe County on 14 April 1837, 5000 acres, Middle Tennessee Grant #5072, filed in book H, page 132. LAND GRANTS AND DEEDS ARCHIVES - NASHVILLE, TN
Bledsoe County Court Minutes the widow of Joseph Cetcham was in court to settle Joseph's estate. This was on 3 May l847. On 5 April l847, Joseph himself was listed in the minutes, and it is obvious that he was still alive on that date. So, died sometime between 5 April and 3 May l847. His widow's name was Martha, aka Patsy.

As of 1847, he was also known as Cetcham. He was appointed for road work “Ordered by the court that the following gentlemen be appointed to work on the road on Cumberland Mountain commencing near where Joseph Cetcham now lives and running to the Van Buren county line as laid out.. James Cowan (overseer), Isaac Whitenburg, George W. Cetcham, Charles Cetcham, John Cowan. . . “on 5 Apr 1847 at Bledsoe Co, Tennessee.


Children of Joseph and Martha: 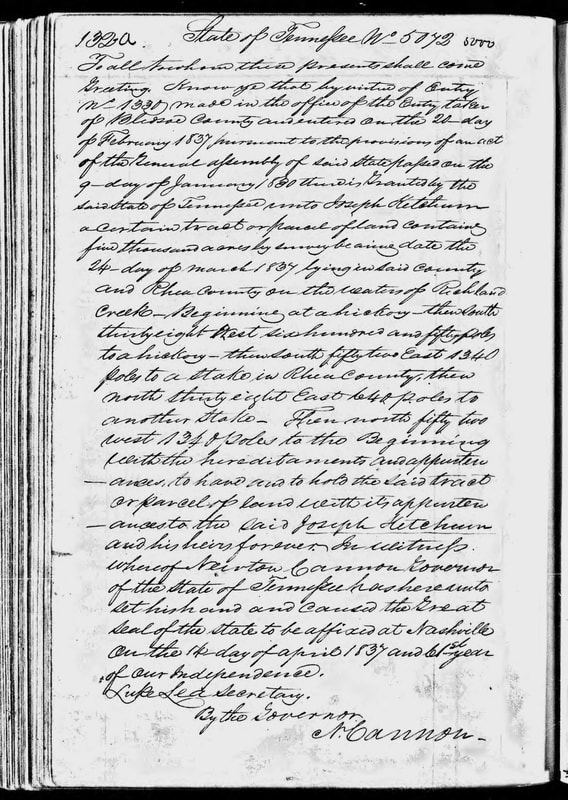 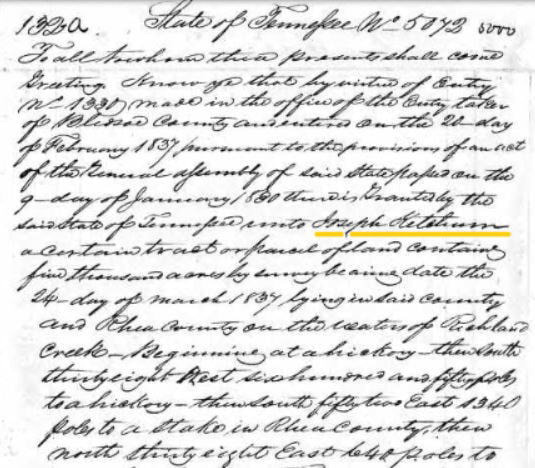