James was not only a farmer but Superintendent of Bethel Schools, Comanche County, Oklahoma 1906 – 1913.

Story submitted by Kitty Ketchum Ingram: During the time that Jim was Superintendent of Bethel School, his grandson James Artice "Boots" Ketchum and Mary George Burns (who later became Boots' wife) were students there. Mary does not remember seeing a fountain pen nor any other type of ink pen at the school; neither was there any carbon paper or typewriter. The students used round cedar pencils and Big Chief tablets. Erasers came separate from the pencils and were forced onto the tops of the pencils. They also used chalk and slates. Some of the chalk was wide and flat, some round but smaller than the pencils. There were large blackboards on the walls. The school accommodated one teacher at a time, and about fifty students (kindergarten through the eighth grade). William Isaac Burns (Mary George Burns's father) was a member of the school board during that time.

Children of James and Mary Jane: 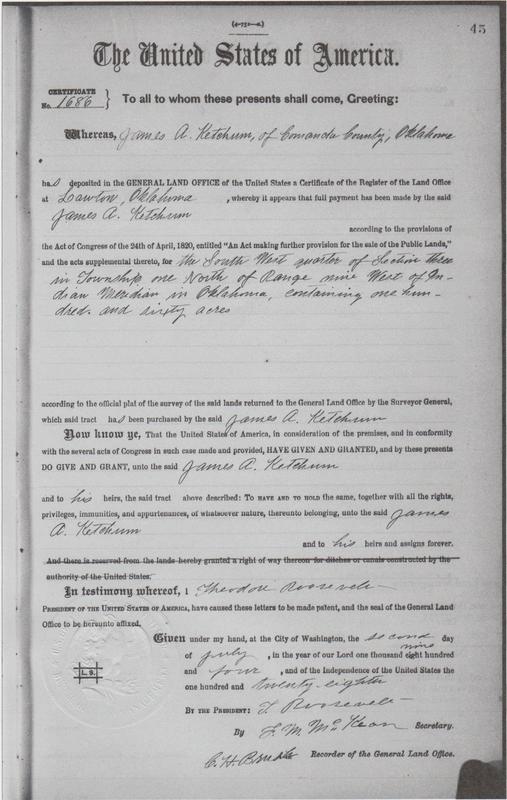 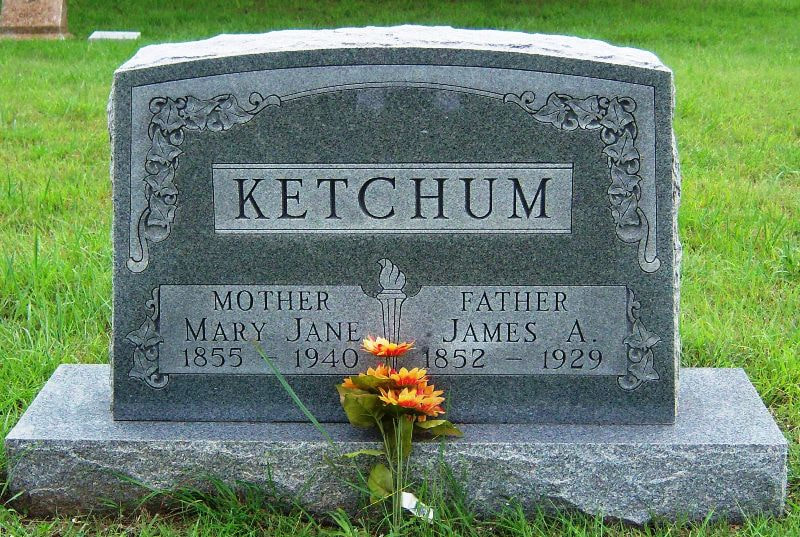 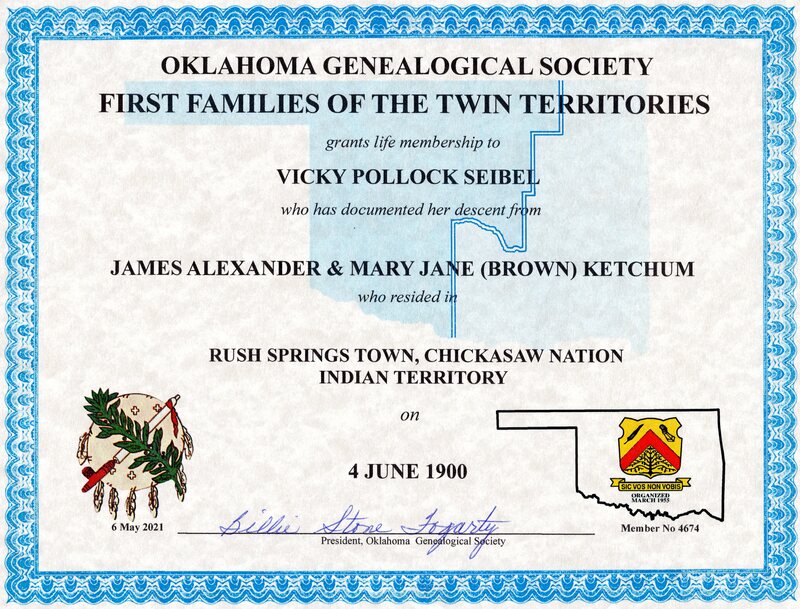