Hebel Muess
(1611 – 1704)
Johann was born in Nordrhein-Westfalen, Germany in 1605, son of Thomas Holtzclaw who was the Mayor of Siegen, Germany.  Johann was a Farmer/School Master by occupation and attended St. Nicolai Reformed Church. The 17th Century Tax List show he owned property in Weidenau & Siegen, Germany.

Johann married Hebel Muess in 1629.  Hebel is also known to be spelled Habel.  Hebel is a dialectical form of Abigail. Hebel was born in 1611 in Weidenau, Siegen-Wittgenstein, Nordrhein-Westfalen, Germany. She died in 1704 in Siegen, Siegen-Wittgenstein, Nordrhein-Westfalen, Germany.
​
Weidenau is located on the River Sieg and due to its ample water power, became a center of the 17th century iron industry of Nassau-Siegen.

His mother may have been Elizabeth Flender, a member of a family, prominent in iron manufacturing in Weidenau.  Hebel Holzklau was possibly the daughter of Henrich Flender-Muess, of Schneppenkauten, also of the Flender family.

Due to a scarcity of records, we do not know very much about the lives of Johannes and Hebel.  Their children are known from christening records of St. Nicolai Reformed Church of the city of Siegen.    From the same date can be postulated that Johannes was born about 1610 and Hebel a few years later.  Johannes does appear on local militia lists beginning in 1628, which adds support to his projected birth date.  Johannes may have been a schoolteacher (as were his son Hans Heinrich and grandson Hans Jacob), or he may have been involved in the local iron making industry.  There is evidence that he owned a small interest in the “Schneppenkauten hammer-works”, possibly an inheritance from his wife’s family.  Johannes also seems to have inherited property from his mother’s family.

Johann and Hebel’s Children are: 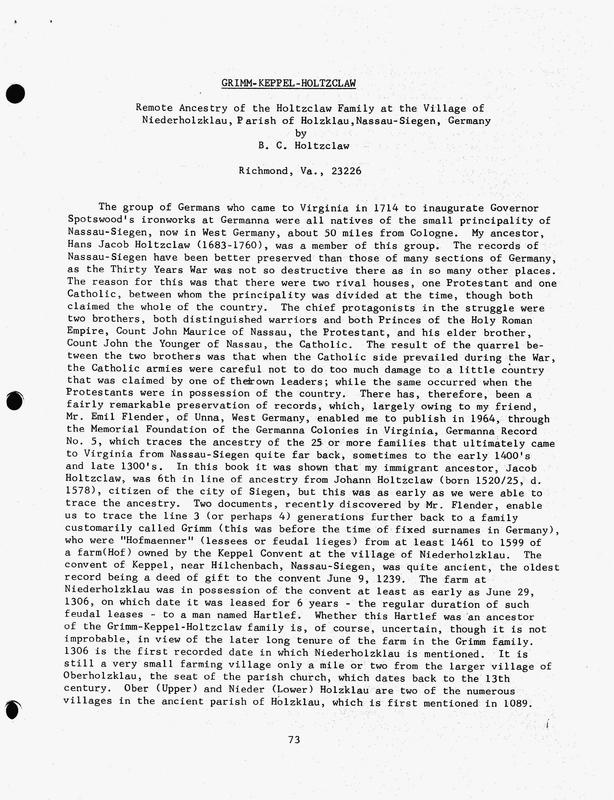 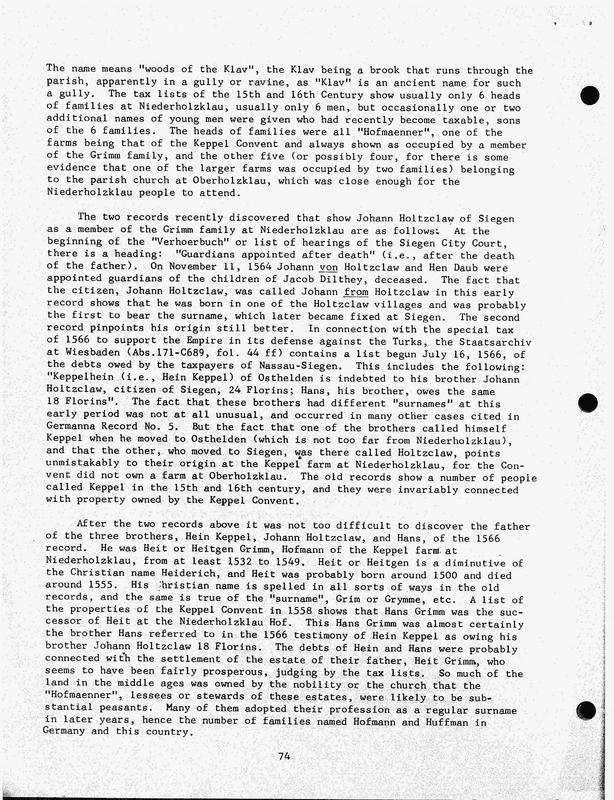 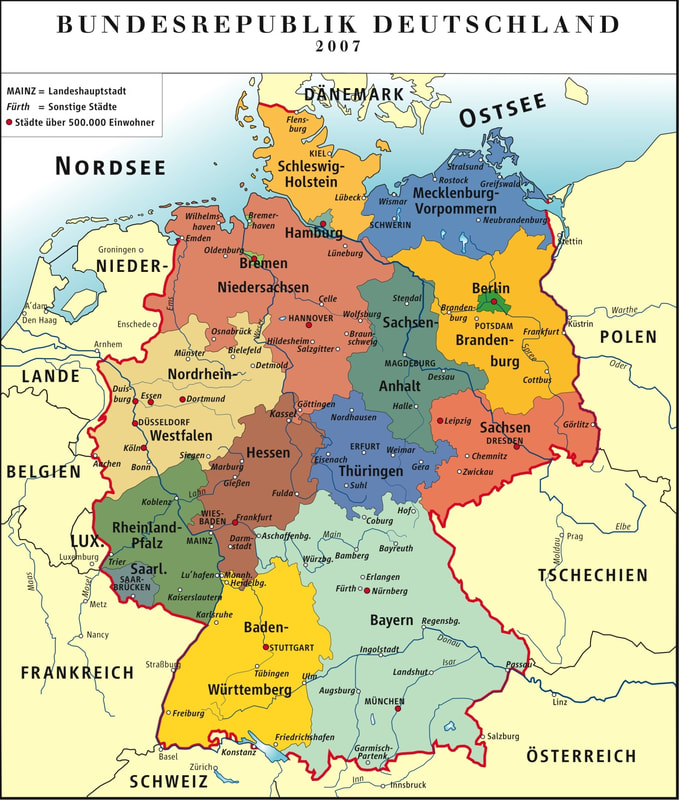