The 1830 Census shows that they had moved to Jefferson County, Illinois.

During the War of 1812, James served as a soldier under Andrew Jackson. War of 1812 Service Records on Ancestry.com show James Holsclaw was a private in the 3rd Regiment (Miller’s) Kentucky Militia. James enlisted on November 10, 1814 and served for six months.
James was a farmer and owned 40 acres of land in Jefferson County that was recorded August 7, 1834, the legal description being: NE1/4 of the NW1/4 of Sec. 13 in Township Two South of Range Two East in the District of Lands subject to sale at Shawneetown, Illinois containing 40 acres. His son-in-law, Anderson Booth, served as the Administrator of his Will. 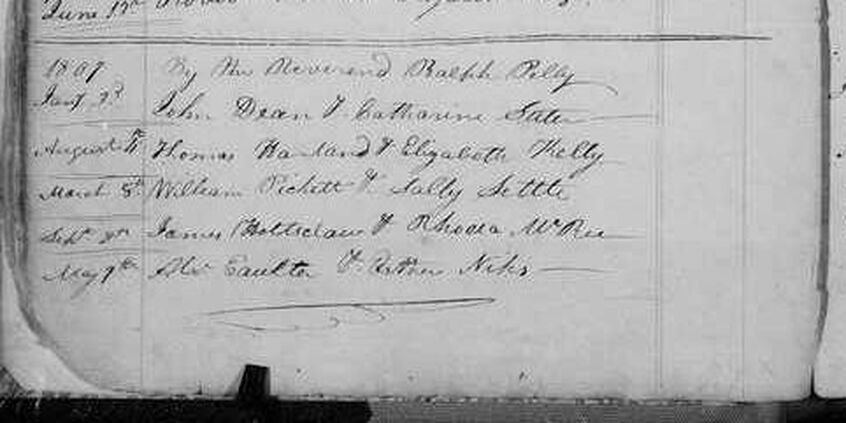