Henry and Sarah’s marriage date is still unproven, but according to Sarah’s father’s “Account of the Sales of the Estate of Richard Shirley, Deceased”, filed October 1st, 1797 in Scott County, Kentucky  his Estate “paid Henry Houlzclaw who ____ Sarah the day of the deceased 4 pounds 16 shillings” (the blank looks like an abbreviation for married ?). This is the only mention of when Henry and Sarah may have married. The Account of Sales also shows that the Estate sold Henry a frying pan for 8 [shillings]; shears for 7 [shillings]; and pewter for 13 [shillings].

The 1820 Census of Barren County, Kentucky shows that on August 7, 1820 there were 9 people living on the Holtsclaw farm. The farm was located east of Glasgow on US 68 - KY 80, 6 1/2 miles, turn left on Love Knob Road, approx. 1/2 mile, turn right. This road leads to the Holtzclaw/Bowles place. White Oak Creek ran through property.

Henry was the surveyor in the 3rd precinct in Barren County, Kentucky of the Columbia Road from the fork at Hamiltons Mill Road to Bishops Old Place at a slash 30 feet wide.

Census records from 1830 through 1865 show Jefferson County, Illinois as their residence.  Henry was a farmer. The 1860 census, taken July 6th, 1860 shows that Henry was 63 years old, and a farmer. The location of his farm was Township 2 S Range 3 E, Jefferson County, Illinois. The value of his real estate was $2,000 and his personal estate was $800. He stated that he had been married within the year, meaning that his wife, Sarah, died sometime between January and July 1860. He was living with his daughter Elizabeth, who was 26 years old, and Malcom Stacy, a 16-year-old boy. (Vicky’s note: Malcom may have been Henry’s g-grandson; Henry’s granddaughter Sarah Holtzclaw, daughter of James Henry married George Stacy).


Children of Henry Holtzclaw and Sarah Shirley are:


The following document is about the descendants of Henry and Sarah Shirley Holtsclaw to my generation.  This is regarding the Holtsclaw family that lived in Illinois. This document is now part of the collection of The Germanna Foundation and the research documents and books are in their collection. 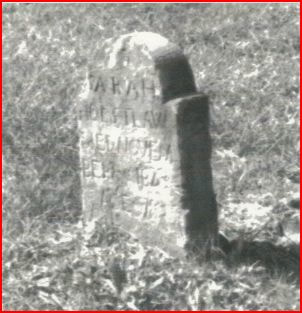