Margaret Ann Taylor
(January 4, 1824  – bef. 1880)
​Census records show that James was born on October 24, 1819 in Tennessee. James’ father was born in North Carolina and his mother was born in Tennessee, their names are unknown at this time.  James was a farmer and land records show that James obtained 23 acres in Sumner County, Tennessee on October 6, 1879 which was recorded in the land records of the county on April 23, 1880.

James’ wife, Margaret, was born on January 4, 1824 also in Tennessee. She was the daughter of Robert Taylor and Margaret Kirkpatrick.  The 1880 census tells that James was 60 years old and a widower and that Joseph W. and Mollie A. Hunter were living with him as boarders. James and Joseph were farmers and Mollie kept house for them. 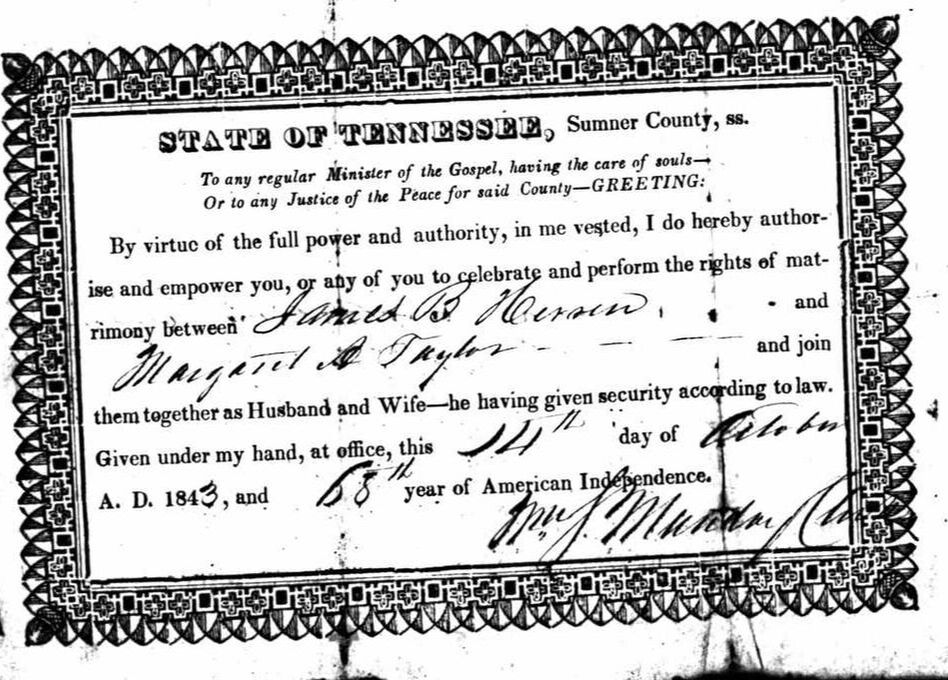 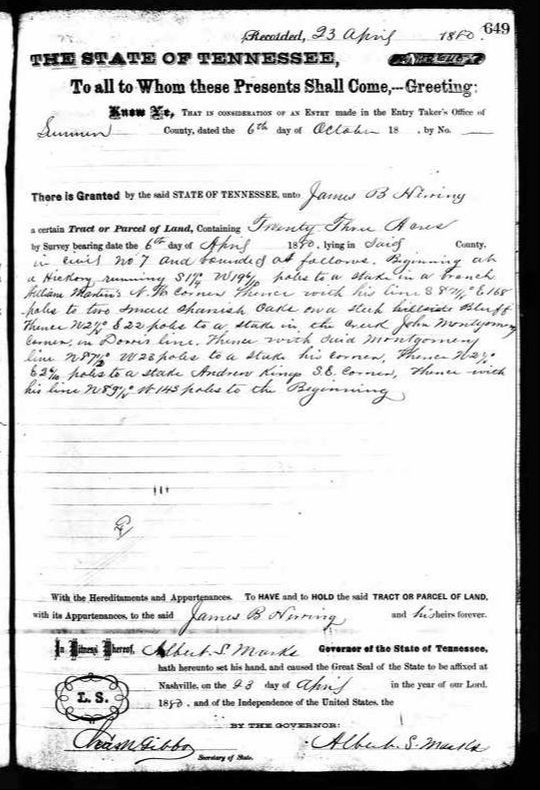