George Washington Gregory was born December 23, 1865 in Evening Shade, Arkansas the son of Oscar Gregory and Nancy A. Jones and died January 9, 1958 in Gilmer, Upshur County, Texas. He was interned in Meadow City Cemetery in Meadow, Texas on January 10, 1958. He died of bronchial pneumonia. George was a life-long farmer.

The 1940 census states that George and wife Renia lived in Meadow, Terry County, Texas and owned their home on Purcell Street. George was 74, Renia was 66 years old. The highest grade George completed was the third grade.

George applied for a social security number in May, 1953, social security number 452564121. The application stated his name as George Washington Gregory, born in Evening Shade, Arkansas. His father was Oscar Gregory, mother was Nancy A. Jones.
​
George’s first wife was Mary (Mollie) Jones. George and Mollie were married September 18, 1884 in Lawrence, Arkansas. They applied for their marriage license on August 29, 1884.   The record stated that they were both 18 years old but other records state that Mollie was 2 years younger than George. Mollie was born in Alabama, the daughter William Henry “Bill” Jones and Anna N. Bostick. Mollie died about 1895 in Arkansas.
George and Mollie’s children were:

George’s second wife was Francis Elkist Price. George was 35 years old and Frances was 22 years old when they married in El Paso, White County, Arkansas on January 16, 1901. They had applied for their marriage license on January 15, 1901.  Francis died in 1917.

George and Francis’ children were: 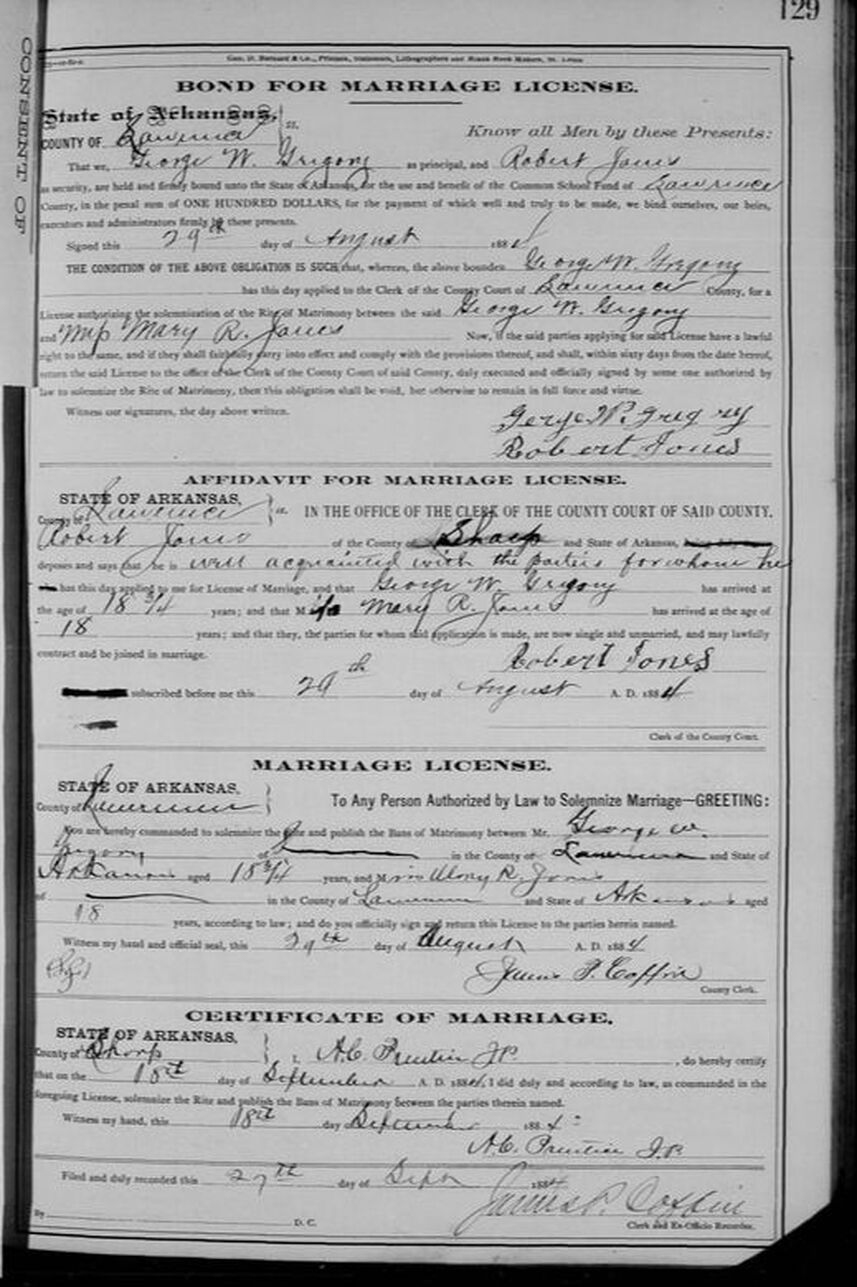 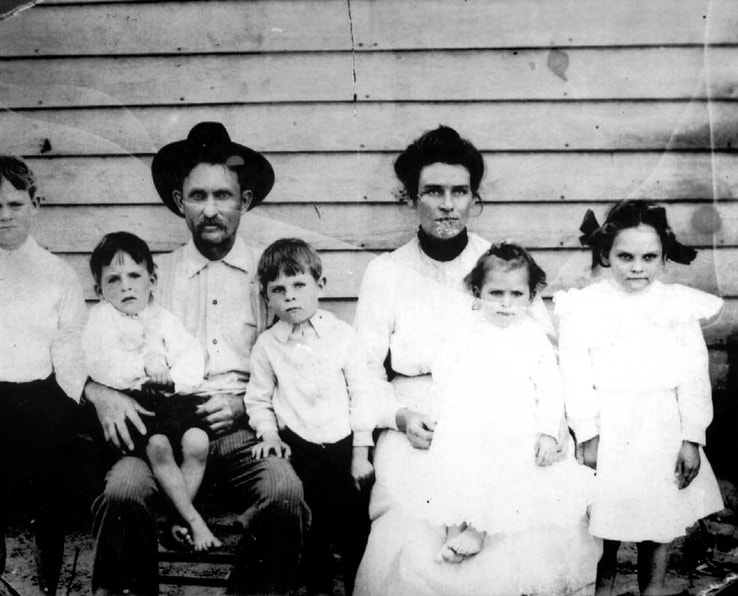 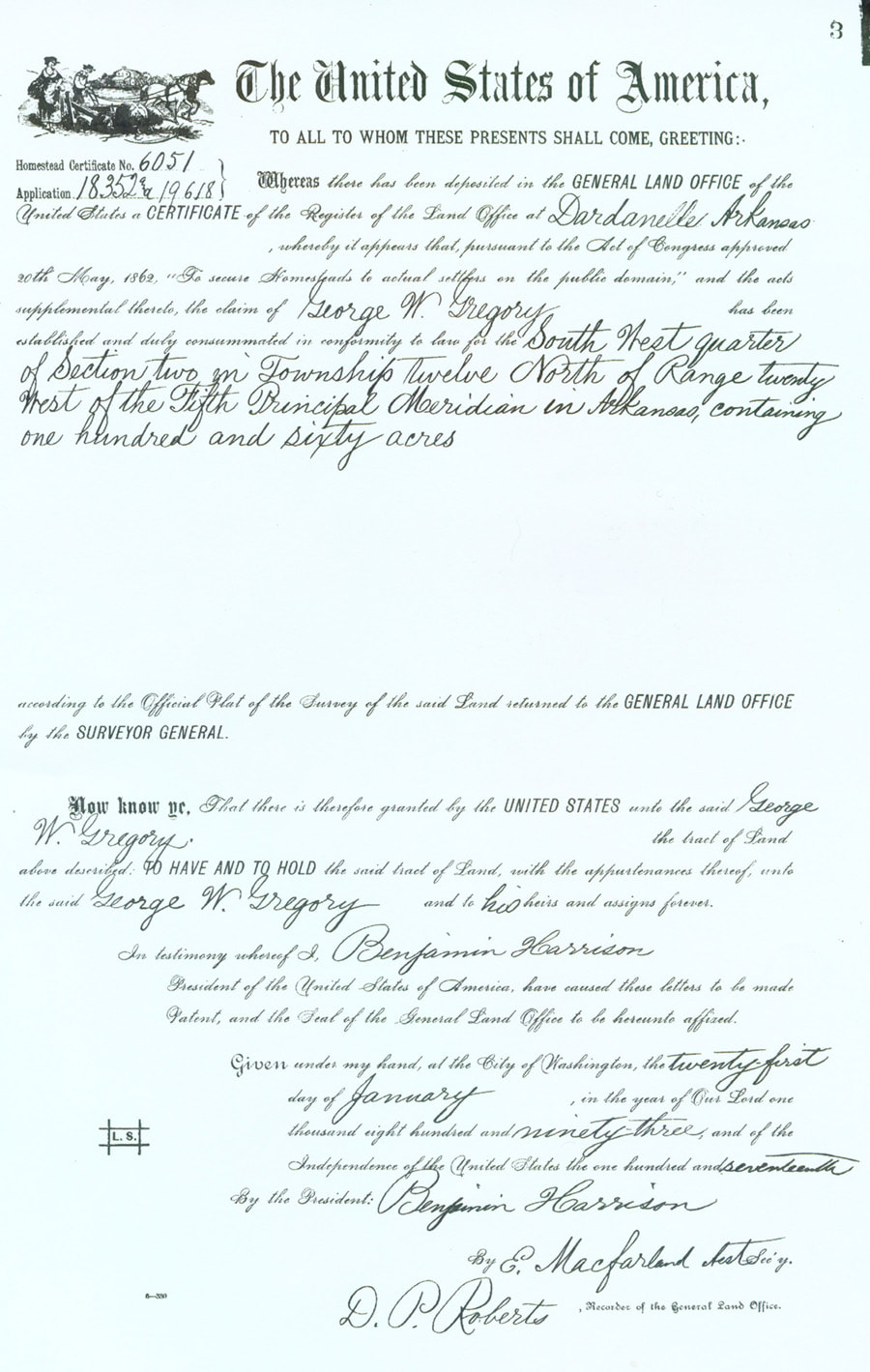