The date of Samuel's inventory was March 15, 1713 and was taken by Obediah Volintine and James Serion. "March 10, 1713, Hempstead. Mary Denton ye widdow and Relict of Samuel Denton, late of Hempstead in Queens County, doth for divers good causes and consideration hereunto moving, refuses to administer upon the estate of her deceased husband, Samuel Denton." So the administration was granted to Samuel and Jonas Denton, sons of said deceased. The records pertaining to the administration of the estate clearly show receipts from the children calling each by name. Therefore we have a definite list of the children of Samuel and Mary Smith Denton.

They had the following children: 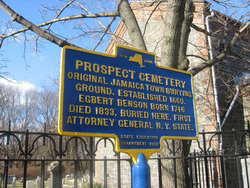