Samuel was born in 1734 in Orange Co., New York, British Colony. He was the son of Capt. Abraham Denton , Jr. and Mary O'Dell. Samuel was married to Elizabeth Seaman, daughter of Jacomiah Seaman and Rachel Secor.

Samuel was married to Margaret Moore, daughter of Samuel Moore, in 1752 on the Orton Plantation, Brunswick, North Carolina. Samuel died in 1811 in Pendleton Disctrict, South Carolina, USA, at age 77 years.

Samuel was a Revolutionary War Soldier in the NC Continental Line between April 1775 and December 1783 and received bounty land in White County, Tennessee. He is in the DAR Patriot Index, Part 1, page 820. He was a private in the North Carolina line.

By 1769 both Abraham III and Samuel had joined a wagon train from the Shenandoah Valley to Lord Granville's land sale in North Carolina. This wagon train was made up of the then current younger generation of the Plumleys, Weavers, Moores, Hoggs, Dentons, etc. This, the growing up children of the original immigrants to the Virginia frontier were marrying and developing families of their own and hungered for land of their own. They could not afford the local land and family holdings were not large enough to divide among all of the children. When Lord Granville began to advertise his land for sale, it was a new frontier to these young families. Tax lists and early censuses show that Samuel settled in what is now Granville CO while Abraham III settled in Caswell Co. Each chose to settle near where their wives' relatives bought land -- the Moores around Samuel and the Hoggs around Abraham III's family.

He later moved to Warrick County, Indiana and then back to Henderson County, Kentucky. He was paid one voucher by Auditors for Washington County July 17, 1782 as a Revolutionary Soldier. Also given a land grant in Henderson County, Kentucky in November 1813. He was a Revolutionary War Veteran and performed Patriotic Service between April, 1775 and December, 1783 in North Carolina. 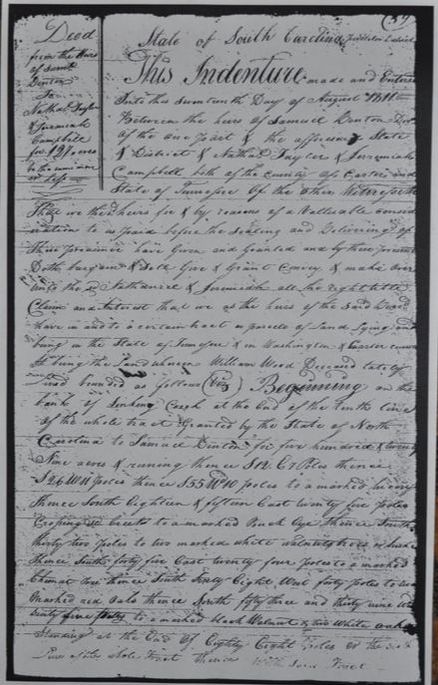 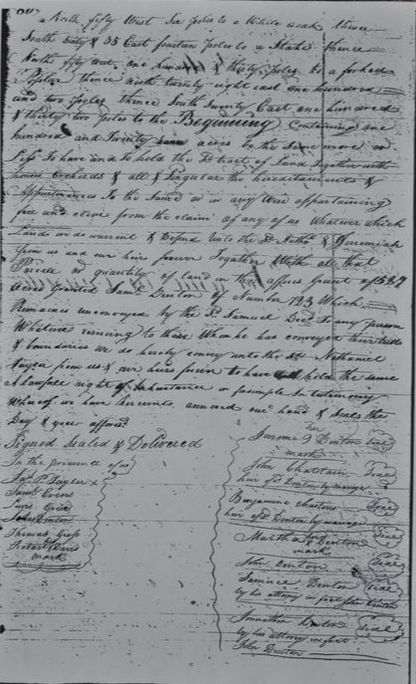 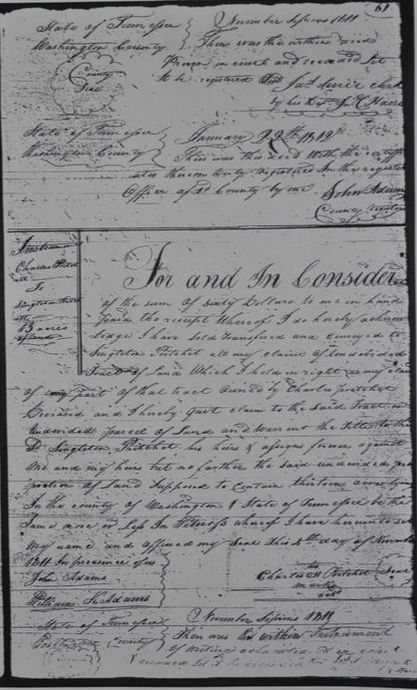