Margaret Ann " Peggy" Anderson
(January 18, 1774 – 1840)
​Benjamin was born in April 9, 1773 in Granville County, North Carolina, British Colony. His parents have not been proven as yet.  Benjamin married Margaret Ann “Peggy” Anderson on July 24, 1793 in Botetourt County, Virginia. Peggy was the daughter of Robert Anderson.  Benjamin died in 1848 in Marshall County, Mississippi. Peggy died in 1840. Benjamin remarried after Peggy's death to Jane, last name unknown, and marriage date also unknown at this time.

LAST WILL AND TESTAMENT OF BENJAMIN DENTON
In the name of God, Amen. I Benjamin DENTON of the County of Marshall and State of Mississippi, do ordain this to be my last Will and Testament, revoking all others.
I first give and request into my wife Jane DENTON two negro slaves, Peter and Selah. Also my land where I now reside to be hers until her death. I also give my son, Shipman DENTON, one negro slave named Robert to be his immediately after my death. I also give Sarah Byrd and Nancy Byrd and Jefferson DENTON one dollar each.
I also constitute and appoint my son Shipman DENTON my whole executor to this my last Will and Testament. I also authorize my executor to sell all the balance of my property, including all that is willed to my wife, Jane DENTON, after her death and pay all my just debts and then divide the proceeds between himself, Rebeca HENSLEY, Isaac DENTON, Samuel DENTON, Pheby (Phebe) ROBERSON, Olnsey RICHARDSON, Mary HOMES (HOLMES),Winsey HOMES (Wincey) HOLMES and Betty STONE. This being my last Will and Testament; given under my hand and seal this the 11th day of November in the year of our Lord one thousand eight hundred and forty three.
Test.
L. Kemodle ?
Wm. B. DENTON
Osbum ARNOLD
signed Benjamin DENTON
Archive Box # 559 in the Holly Springs, Ms. Courthouse

* This notice was posted in the "Jacksonian" newspaper, a copy of which is in the archives Box # 559:....The STATE OF MISSISSIPPI... To: Jane Denton, Sarah Byrd, the unknown heirs of Nancy Byrd (Deceased), Jefferson Denton, Issac Denton, Phebe Roberson and her husband John Roberson, Jincey Richardson, and her husband Joseph Richardson, Mary Holmes and her husband James Holmes, Wincey Holmes and her husband Benjamin Holmes, Elizabeth Stone and husband Eli Stone, Samuel Denton and Rebeca Hensley, Distributees of Benjamin (Deceased) GREETING
You are hereby cited to be and to appear before the Probate Court of Marshall County, at the courthouse thereof in the town of Holly Springs, on the fourth Monday in March next, then and there to show cause if any they have or can, why the final account of Shipman Denton, Executor of the Last Will and Testament of said decedent, rendered to our said court for allowance. Should not be allowed and a decree made thereupon accordingly. WITNESS The Honorable Tryon M. Yancey, Judge of the said court, and the seal thereof annexed the 4th Monday of December, AD 1850...Issued Dec. 31, 1850... Gordentia Waite, Clerk.. Jan 2,1851. 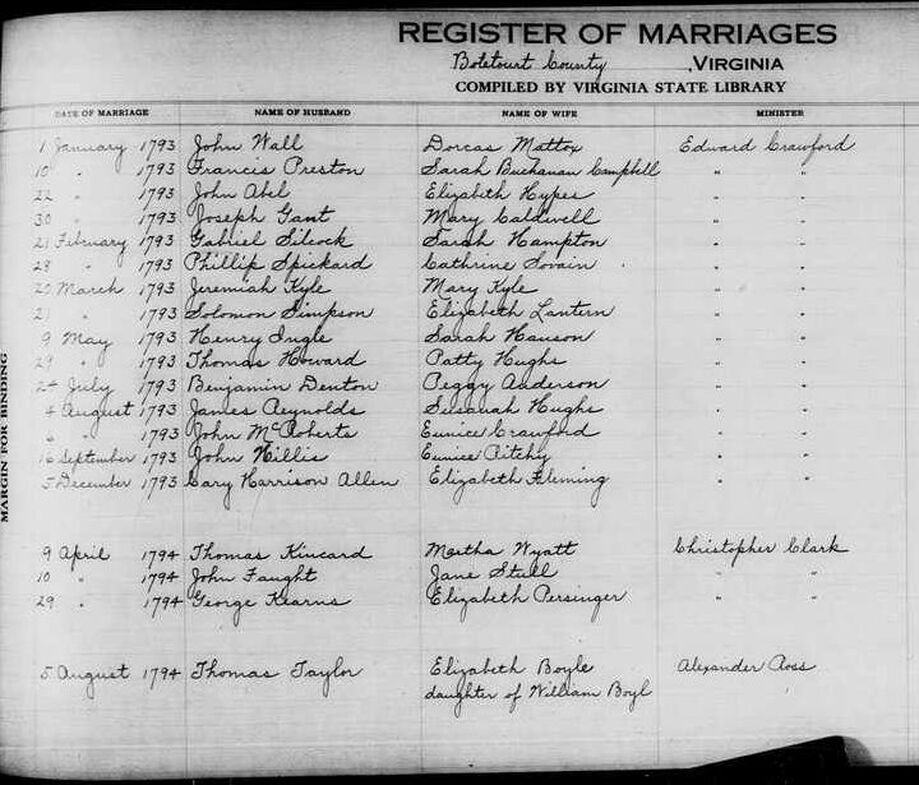 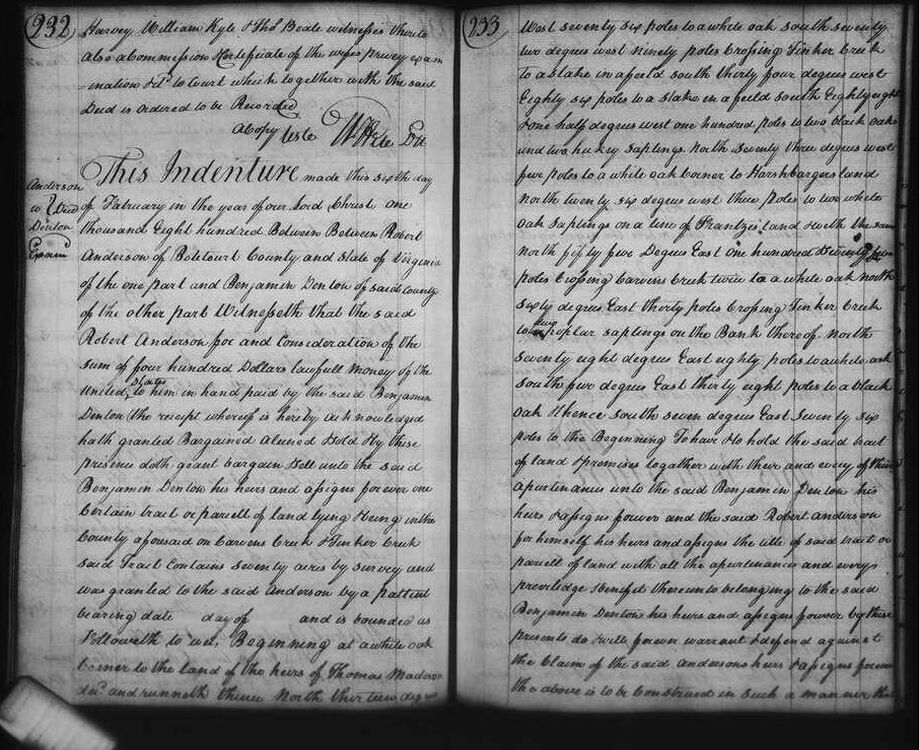 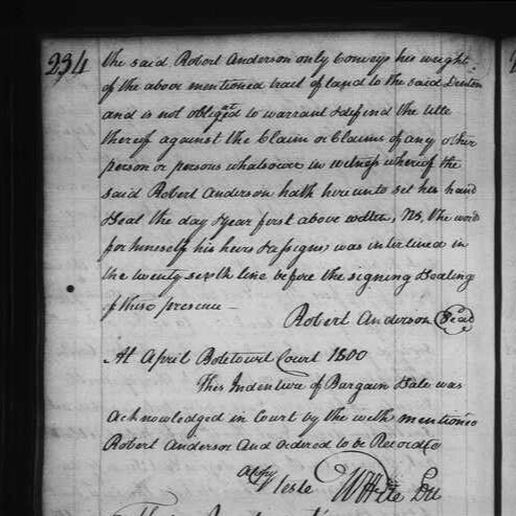 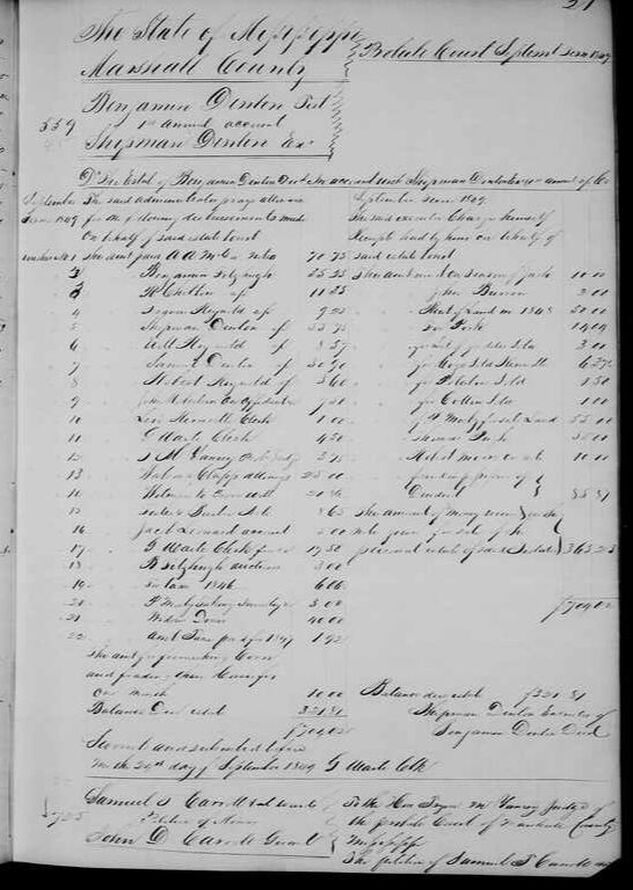 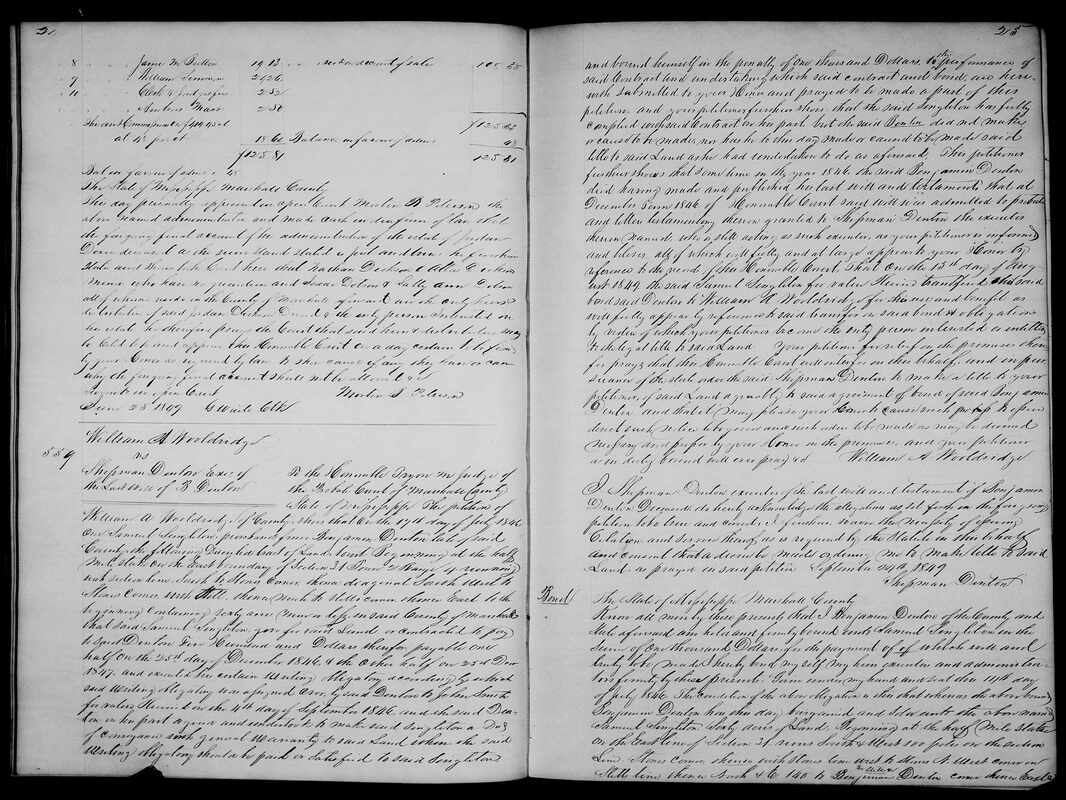 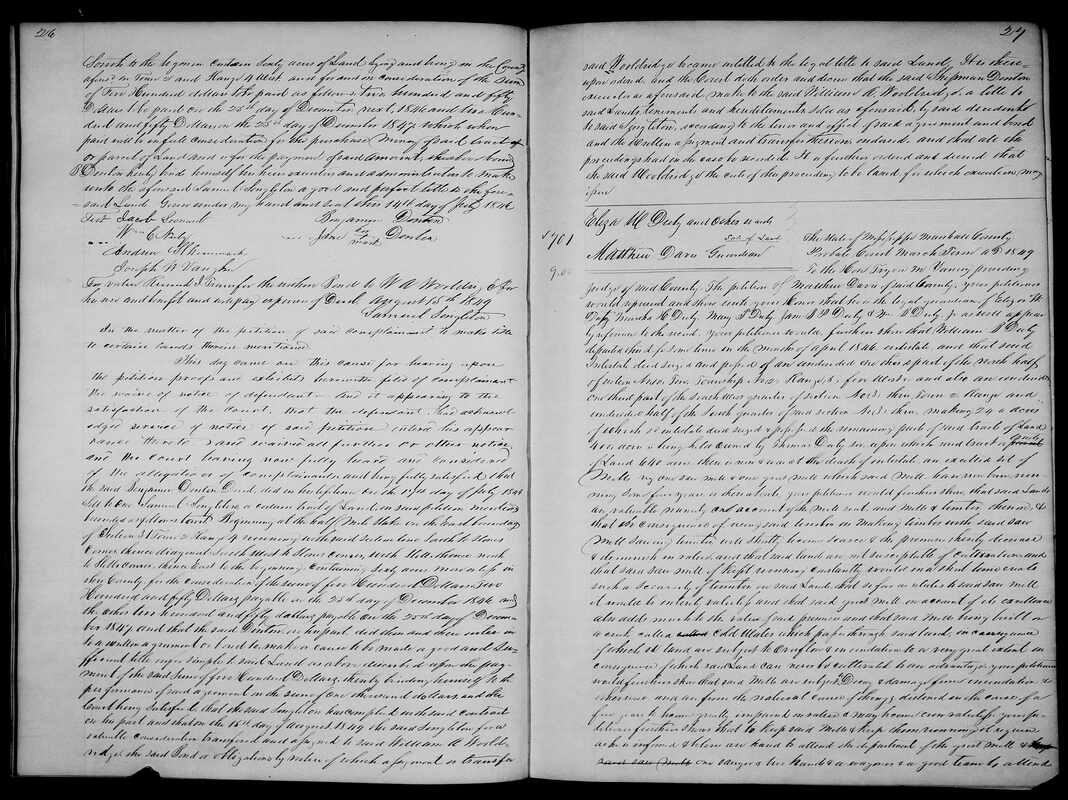 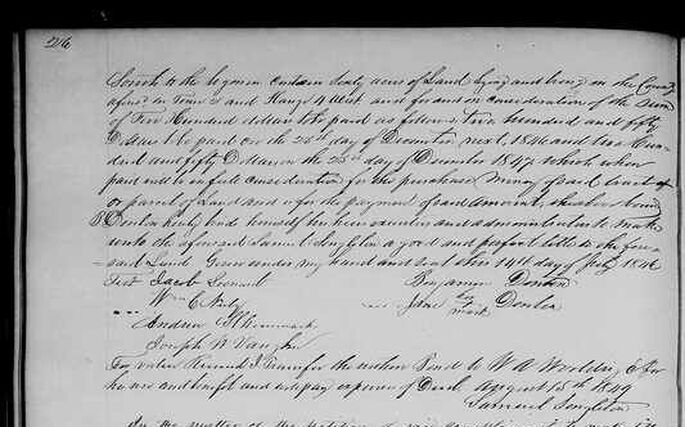 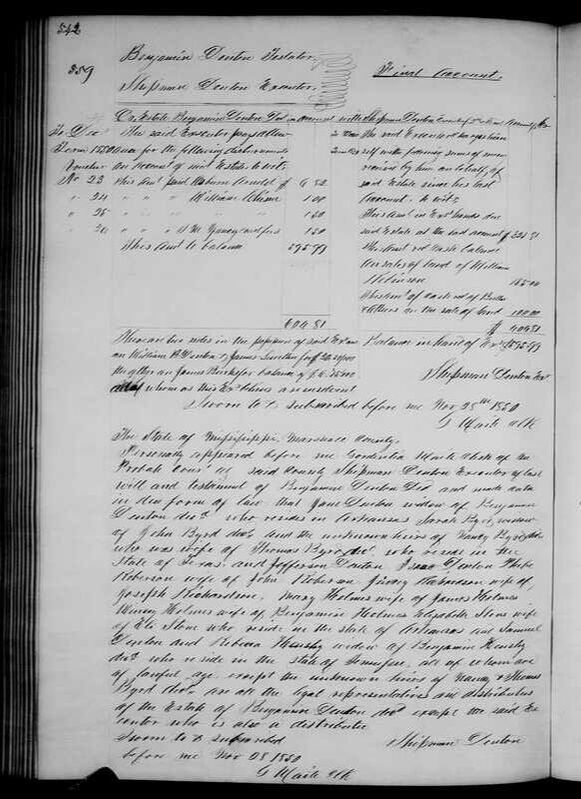