John Cowgill, the son of Ellin Cowgill was born in 1667 in Yorkshire, England.  He immigrated to the United States with his mother, Ellin, and his brother and sisters on the ship The Lamb on October 22, 1682. One brother, Ralph, immigrated on the ship Friend's Adventure. These ships were part of the 23 ships in William Penn's fleet.  This fleet is considered by some to be on the same level of importance as the Mayflower.  ​John immigrated as an indentured servant to Cuthbert Hayhurst. John died on September 2, 1731 in Neshaminy, Bucks County, Pennsylvania and is buried in the Middletown Friends Cemetery, Langhorne, Bucks County, Pennsylvania

John and Bridget's children are:

After Bridgett's death, John married Rachel Baker on December 02, 1703 in Falls Township, Pennsylvania.  Rachel was the daughter of  Henry Baker and was born on February 23, 1668/69 in Lancashire, England.

John and Rachel's children are: 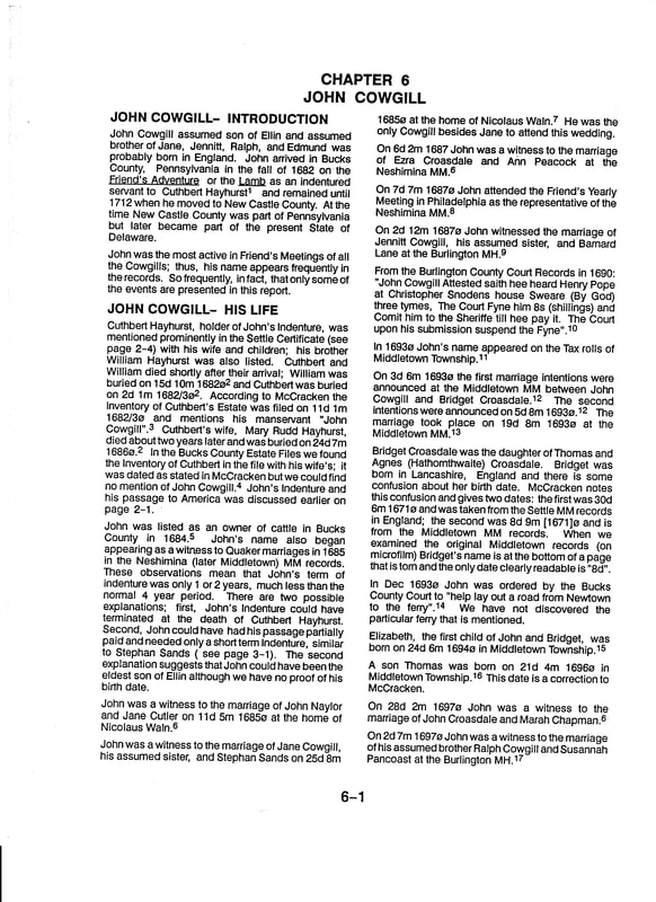 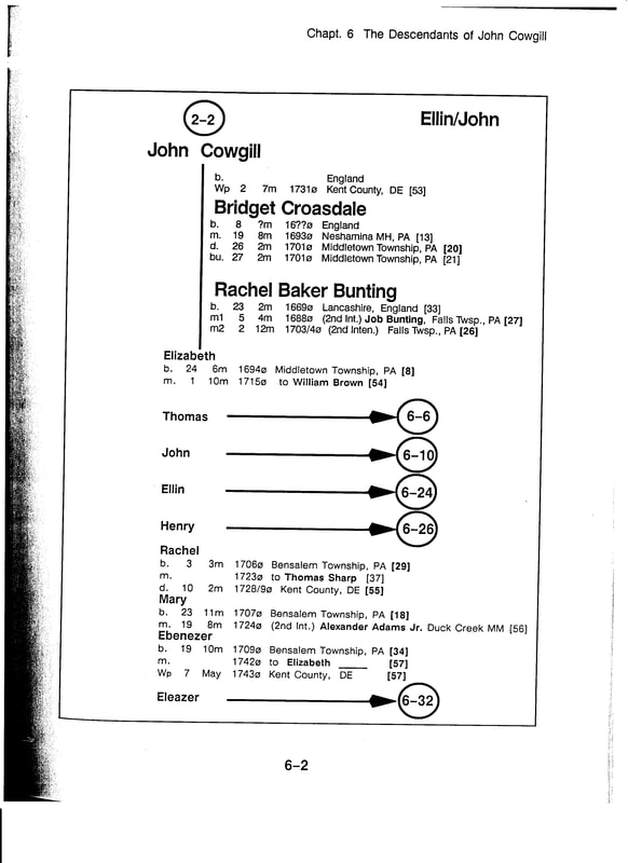 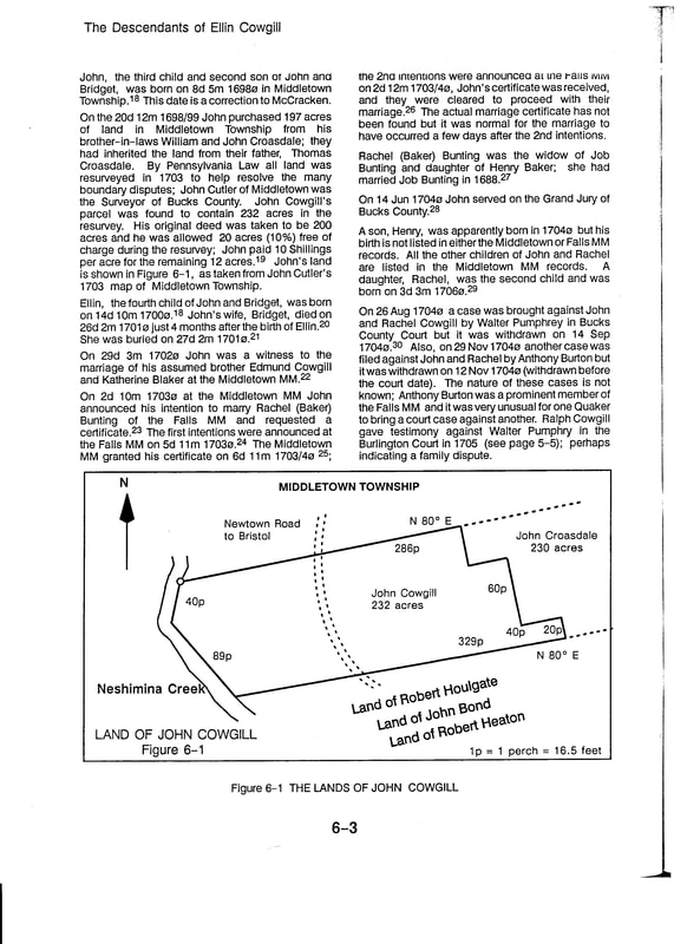 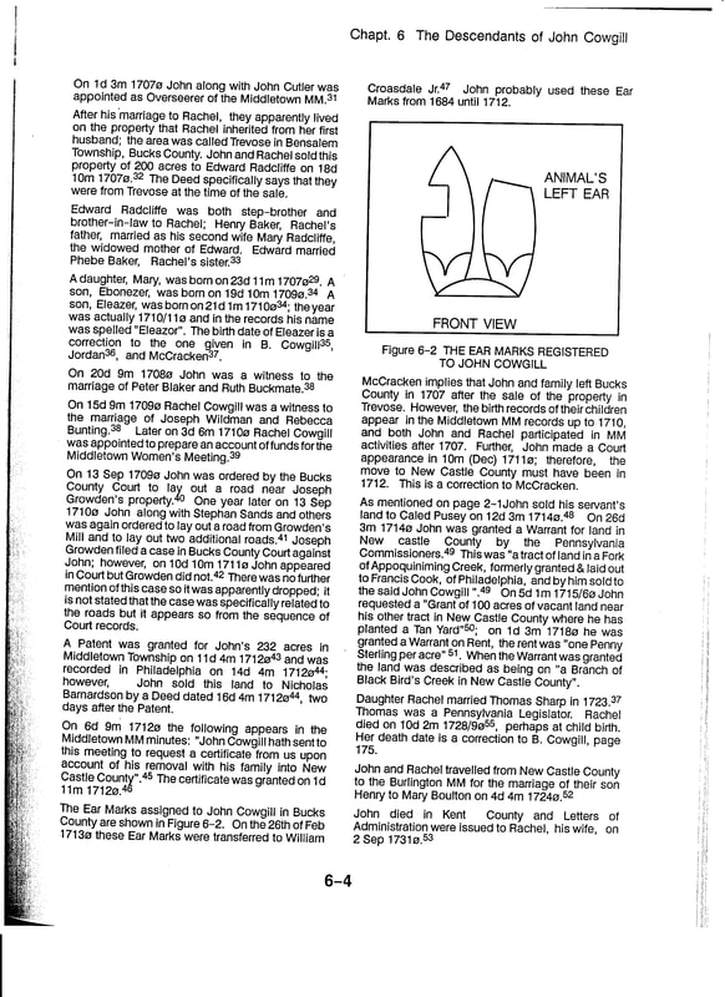 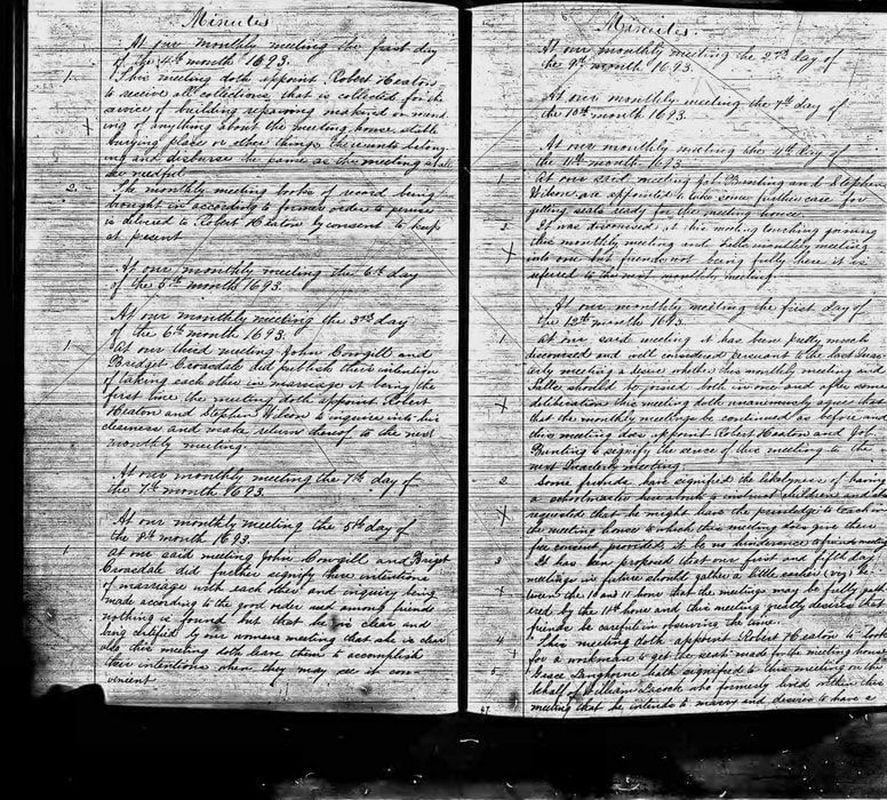 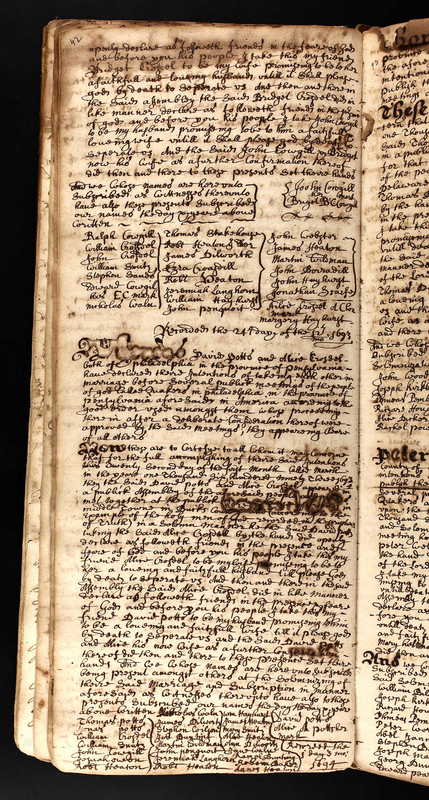 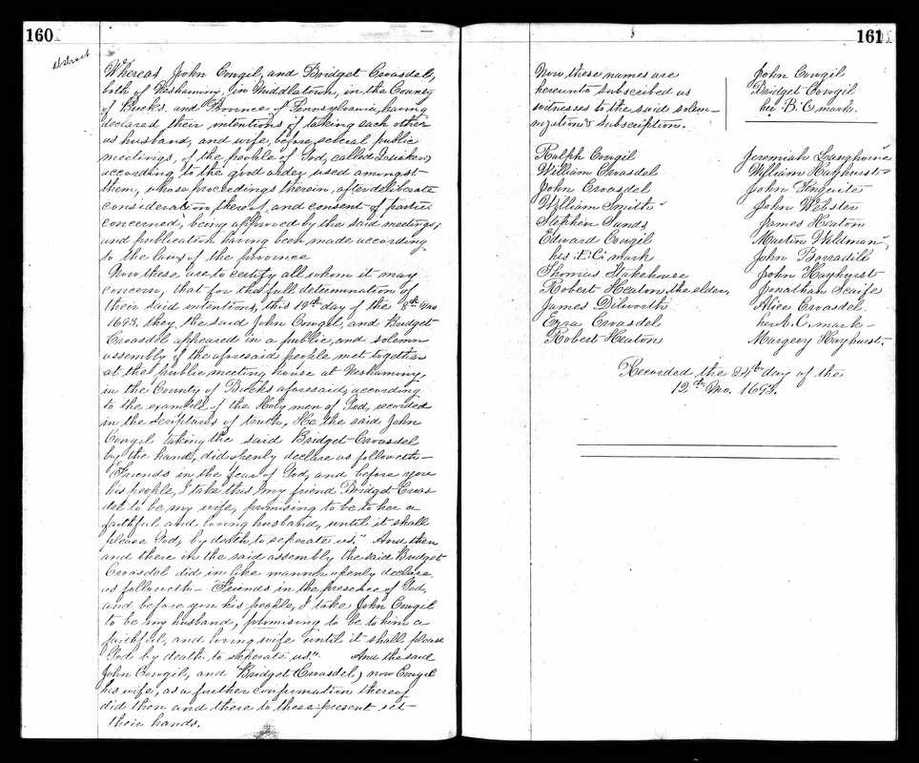 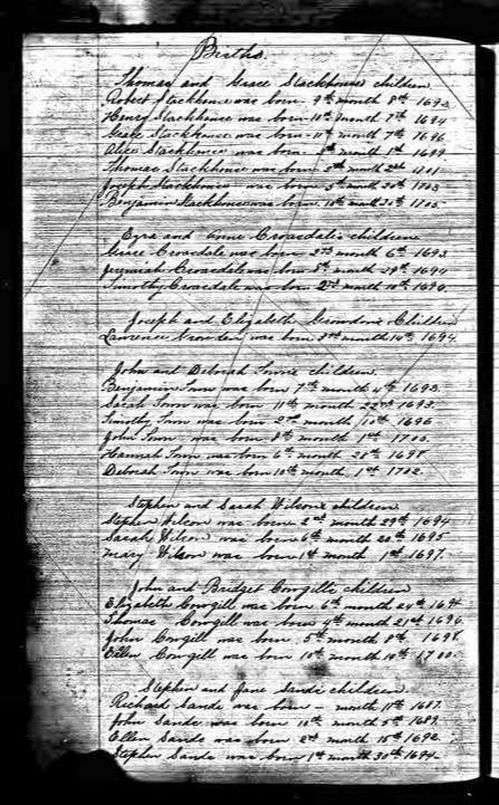 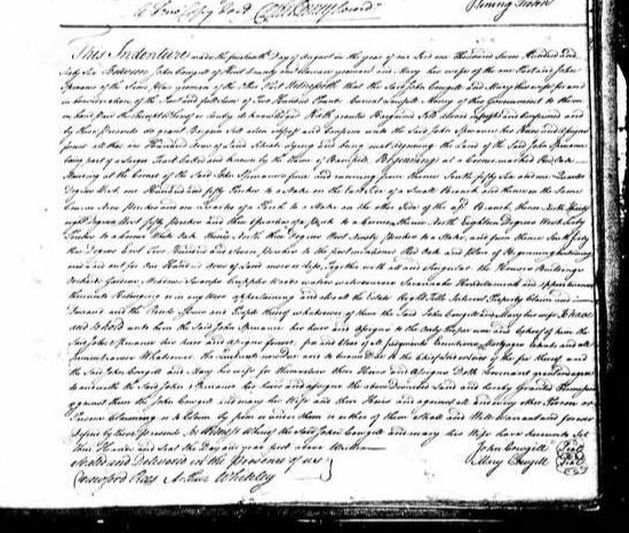 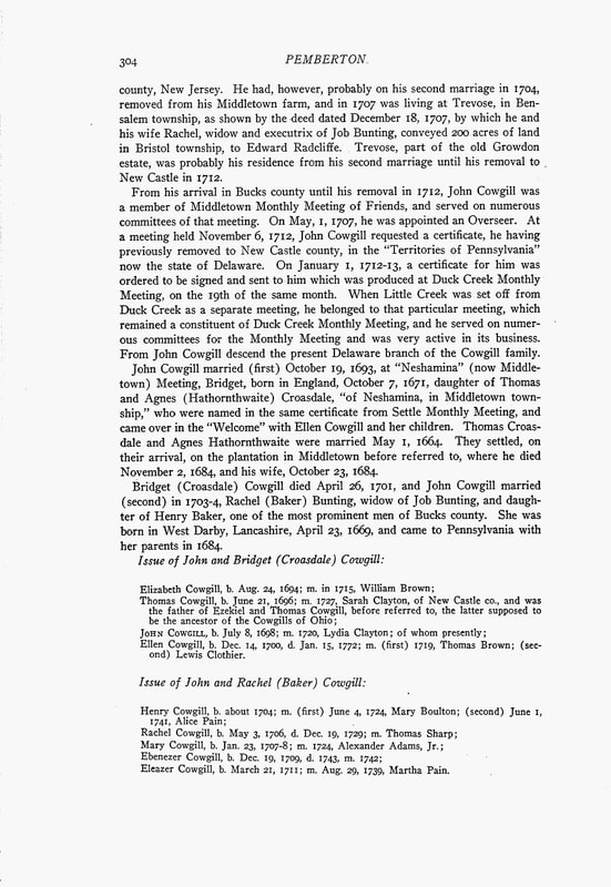 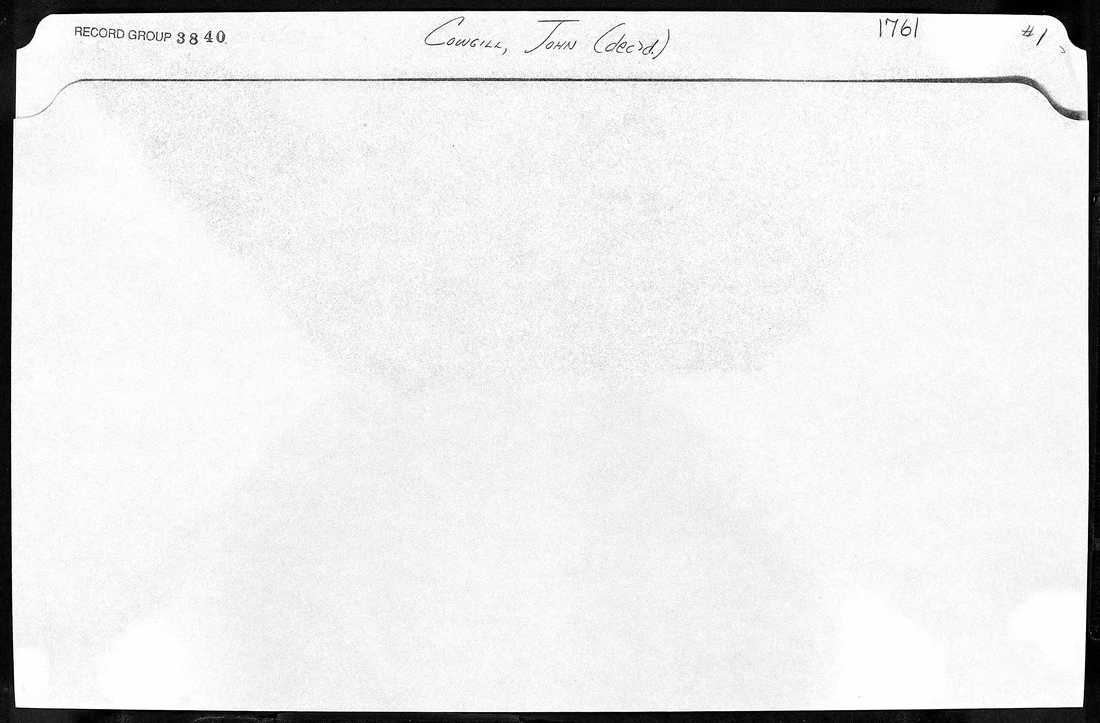 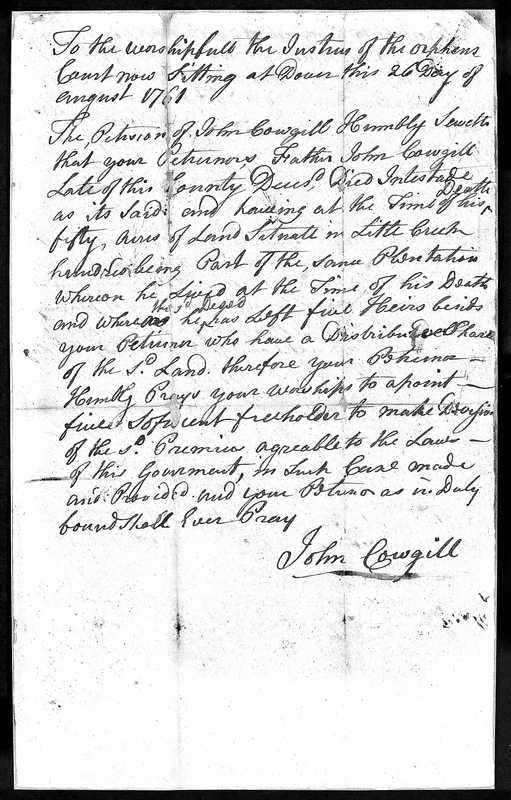 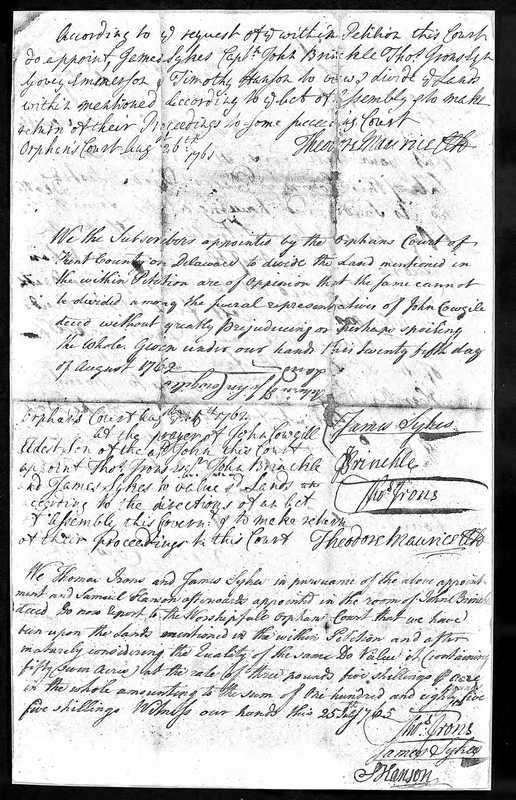 Sources:
​"The Descendants of Ellin Cowgill 1682-1800" by H.G. Stuebing and Carole J. Cowgilll-Stuebing
"Colonial and Revolutionary Families of Pennsylvania; Genealogical and Personal Memoirs" Volume I; ed. John W. Jordan, LL.D.
"A History of the Townships of Byberry and Moreland in Philadelphia, PA" by Joseph A. Martindale, M.D.
"History of Bucks County, Pennsylvania" by William W,H. Davis, A.M.
"The History of the Society of Friends in America Volume II Pennsylvania and New Jersey"  by James Bowden
"The Welcome Claimants Proved and Disproved and doubtful with an account of some of their descendants, (Penn's colony)" George Englert McCracken