William was a soldier in the Revolutionary War, serving in Captain John Jameson’s and Alexander Dandridge’s Companies, Colonel Theodorick Bland’s Firsts Regiment of Continental Dragoons, was in the battles of Brandywine, Germantown, and Monmouth. He was discharged by Colonel Bland after William’s service of two and a half years.
William and Mary’s children: 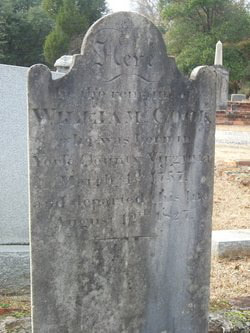