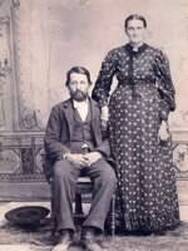 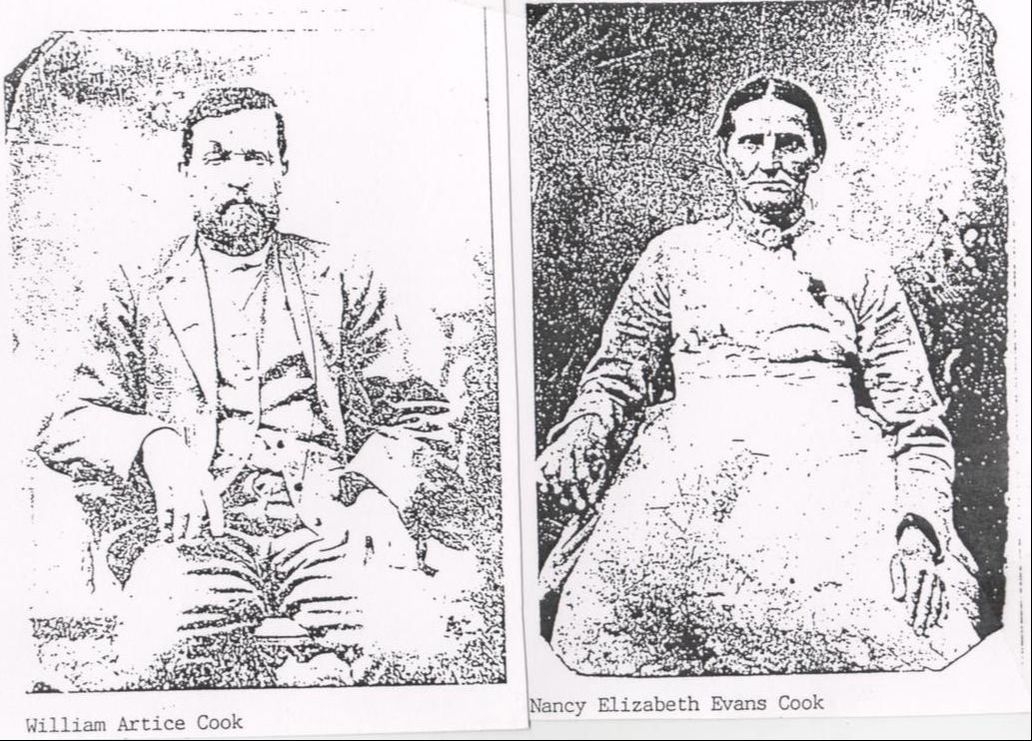 Photo courtesy of LaVonne Hoel
​William was born on January 11, 1839 in South Carolina. He married Nancy Elizabeth Evans on April 14, 1861 in Anderson County, Texas. Nancy was born on October 23, 1840 in Tennessee and was the daughter of John Henry Evans and Nancy Caroline Cantrell.

In 1862, William enlisted in the 20th Texas Cavalry, Company B (Bass') in Palestine, Anderson County. William's brothers James Madison Cook and (Austin) Young Cook, family members Newt and Dock Cantrell, and Dave, Will and John Evans also were members of Company B.   According to documents (included below) William's rendezvous point was 80 miles, his horse was worth $225.00 and equipment worth $15.00. William also received $50 in bounty money.  William filed for a Pension in Erath County, Texas, Application #32998. According to the questionnaire on the pension application, he served from 1862-1865, one year in the Cavalry and the rest in the dismounted cavalry. His unit was disbanded in Houston, Texas by Magruder. William's family moved to Texas in 1844. 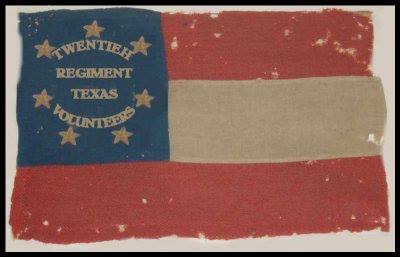 A detailed description of the 20th Cavalry is from Texas State Historical Association Handbook of Texas as follows:
"Twentieth Texas Cavalry
By Matthew K. Hamilton

TWENTIETH TEXAS CAVALRY. The Twentieth Texas Cavalry was recruited and organized in Hill County, Texas, during the spring and summer of 1862. The unit was organized into ten companies of 850 officers and men that were primarily recruited from the counties of Anderson, Navarro, Kaufman, Henderson, Johnson, and Limestone. The original commanding officer of the regiment was Col. Thomas Coke Bass of Sherman, a Mississippi native and outspoken secessionist. The other field officers of the regiment were lieutenant colonels Andrew J. Fowler and Thomas D. Taliaferro and majors Dempsey W. Broughton and John R. Johnson.

During its career, the Twentieth Cavalry served under numerous higher commands. From September to December 1862 the unit was part of Cooper's Brigade, Roane's Division, Army of the West. During this time, the unit participated in its first actions in Arkansas at the battle of Prairie Grove on December 7, 1862. Beginning in January 1863 the unit was moved to the Indian Territory as part of Cabell's Brigade, Steele's Division, District of Arkansas. From April 30 to December 31, 1863, the unit served as part of Cooper's Brigade, Steele's Division, District of the Indian Territory. Throughout 1863 the Twentieth participated in numerous actions in the Indian Territory, including actions at Fort Gibson, Tahlequah, Greenleaf Prairie, Cabin Creek, Honey Springs, and Perryville. The action at Honey Springs on July 17, 1863, was a particularly interesting engagement, because white soldiers were a minority on both sides. The Confederate forces were, besides the Twentieth, primarily made up of Native Americans, while the Union forces comprised primarily African-American soldiers.

Beginning in September 1863 the Twentieth was moved from the Indian Territory to Arkansas to take part in operations against Union Maj. Gen. Fredrick Steele's Little Rock campaign. On September 10 some of the unit was captured at an engagement at Bayou Fourche outside of Little Rock. The rest of the unit retreated south towards Arkadelphia. By December 1863 the unit was back in the Indian Territory where it remained until March 1864.

In March 1864 the Twentieth returned to Arkansas to assist in operations against Union Major General Steele's Camden campaign. Steele's objective was to move south from Little Rock towards Camden in an effort to link up with Gen. Nathanial P. Banks's forces that were moving north from New Orleans. From March 23 to May 3, 1864, the Twentieth took part in every engagement of the Camden campaign including actions at Prairie D'Ane, Jenkins' Ferry, Poison Springs, and Marks' Mills.

After aiding in the successful defense against Steele's Camden campaign, the unit returned to service in the Indian Territory for the remainder of the war. From September 30 to its surrender on June 23, 1865, the Twentieth operated unattached to a brigade but part of Cooper's Indian Division, Army of the Trans-Mississippi. During this time the unit saw action at Prior Creek, Fort Gibson, Cabin Creek, and Boggy Station. On June 23, 1865, the Twentieth Texas Cavalry Regiment was included in the surrender of Confederate Indian troops at Doaksville in the Indian Territory. "

Copies of the Copybook can be found on the Missouri Digital Heritage website,  Copy and paste the following URL: : https://mdh.contentdm.oclc.org/digital/collection/mack/id/9478 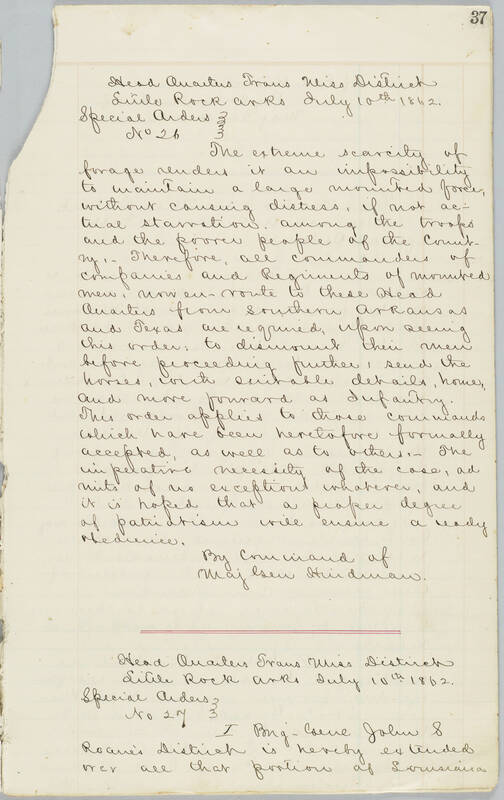 Special Order No. 26, dated July 10, 1862, ordered Southern Arkansas and Texas troops to be dismounted immediately due to the extreme shortage of forage. 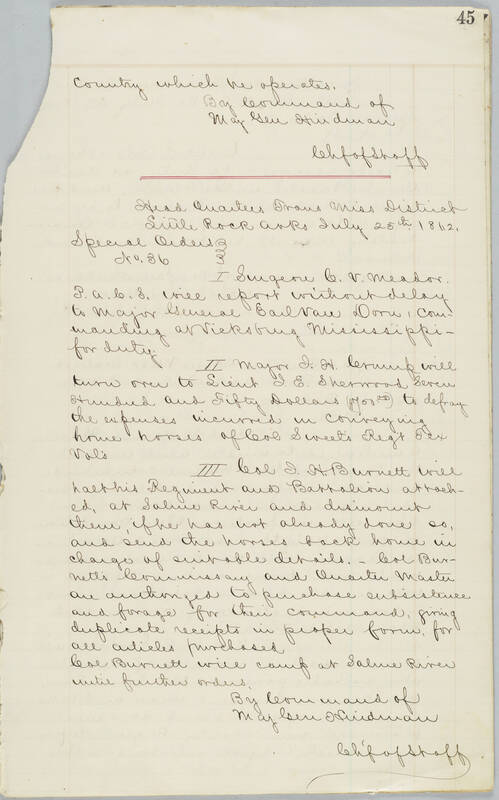 Special Order No. 36, dated July 25, 1862, authorized Maj. John H. Crump to pay the commanders of the dismounted Texas cavalry regiments for the expense of sending their horses home.
​William purchased land from his father, the deed is  included in William Alexander’s (Click on name to view) information. On December 1, 1875,  they moved to Stephenville, Erath County, and then later to Stephens County, Oklahoma.

William died March 19, 1918 in Duncan, Stephens County, Oklahoma and was buried on March 20, 1918 in Rock Creek Cemetery, Duncan, Stephens County, Oklahoma. William's death certificate lists the reasons of death being Paralapsis of the pneumo gastric, and senility.   The pneumogastric nerve is another name for the vagus nerve. It supplies the pharynx and larynx, lungs, heart, esophagus, stomach and most of the abdominal viscera. Bilateral vagus nerve paralysis causes death.  Nancy died June 12, 1921 of typhoid fever in Stephens County and is buried beside William. 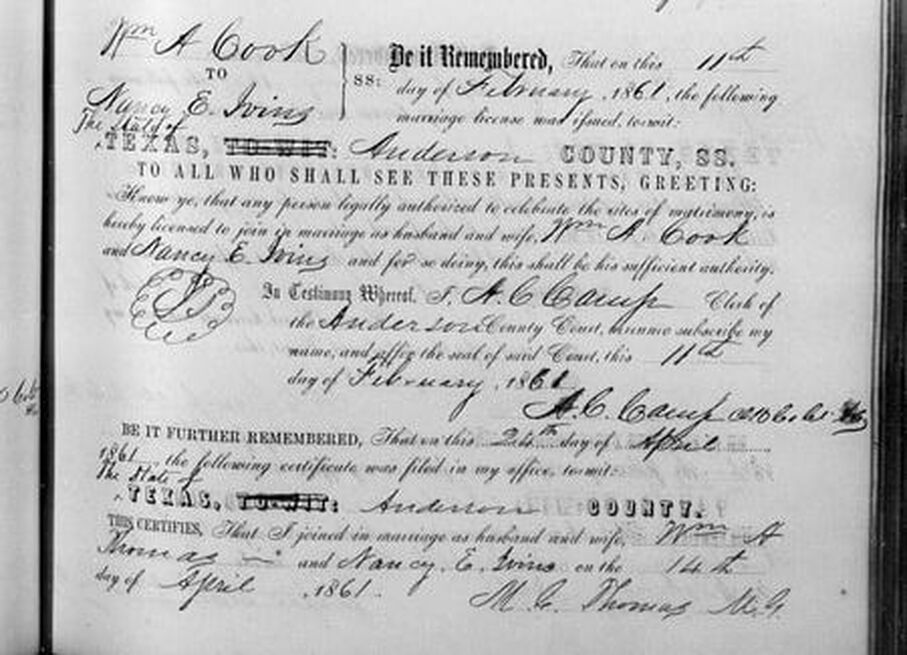 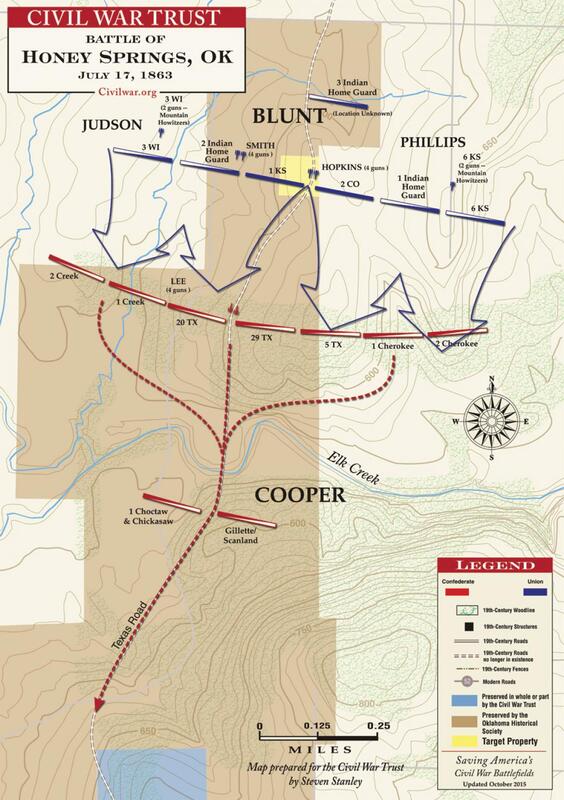 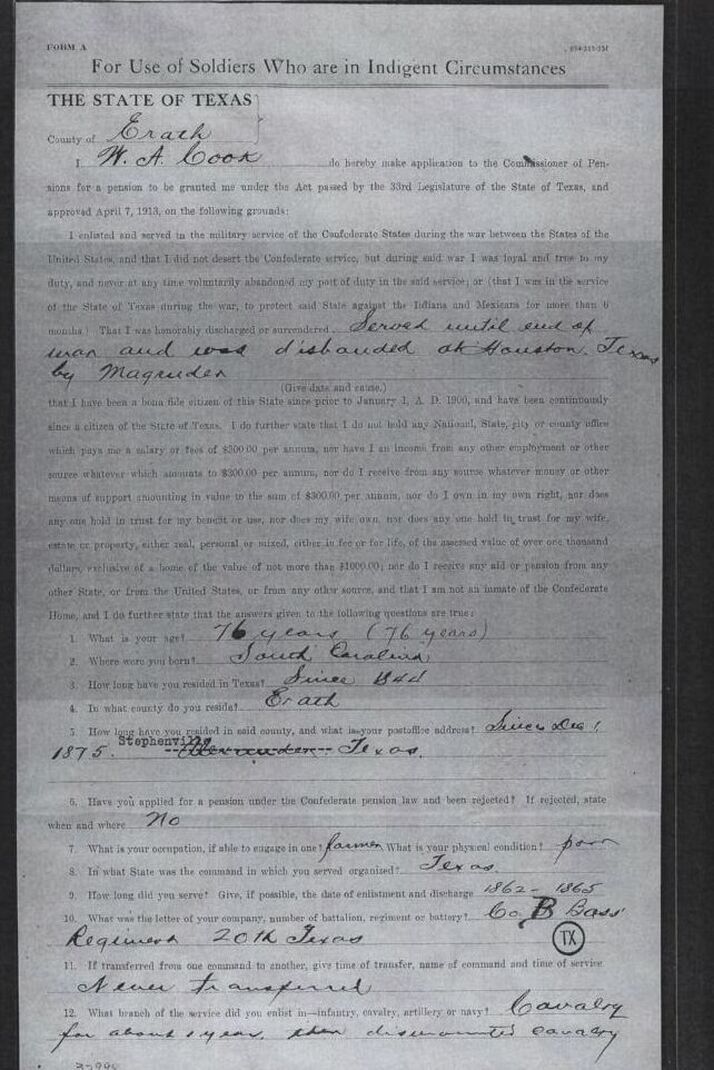 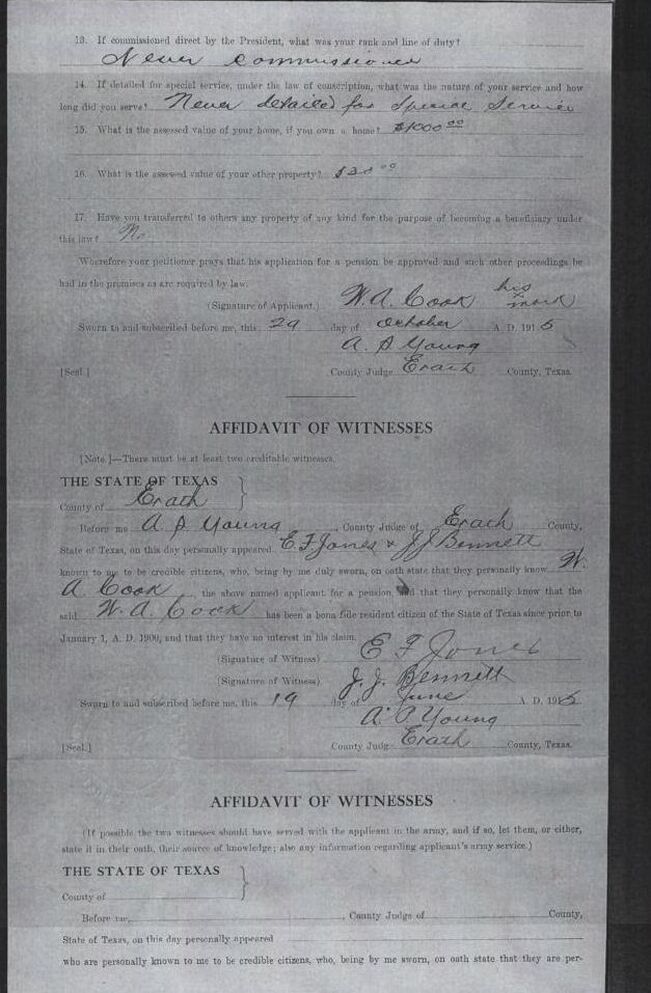 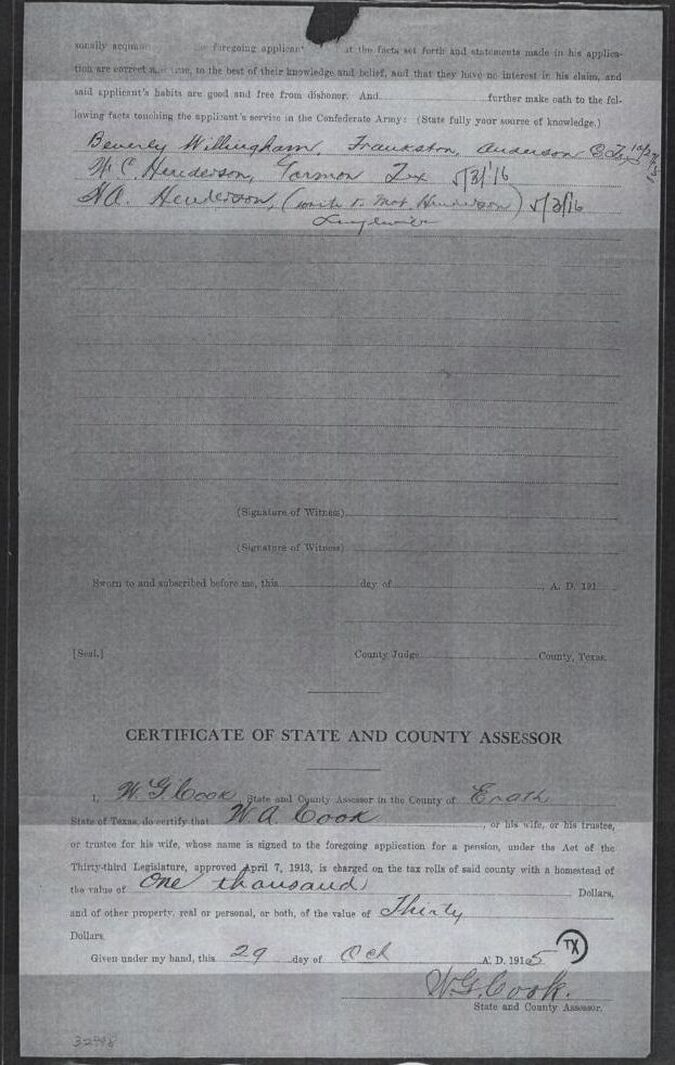 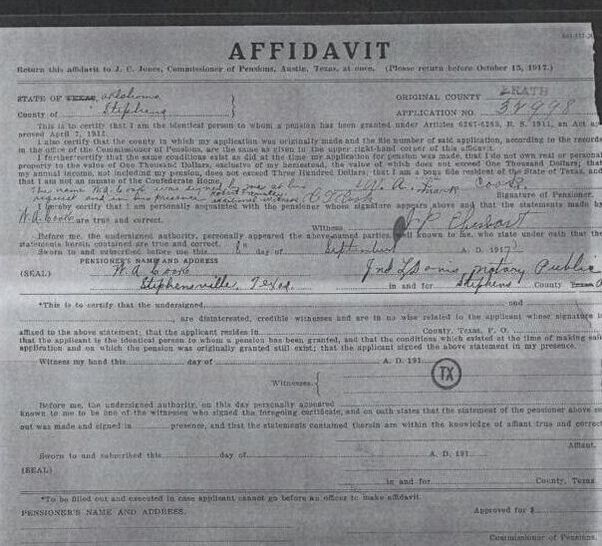 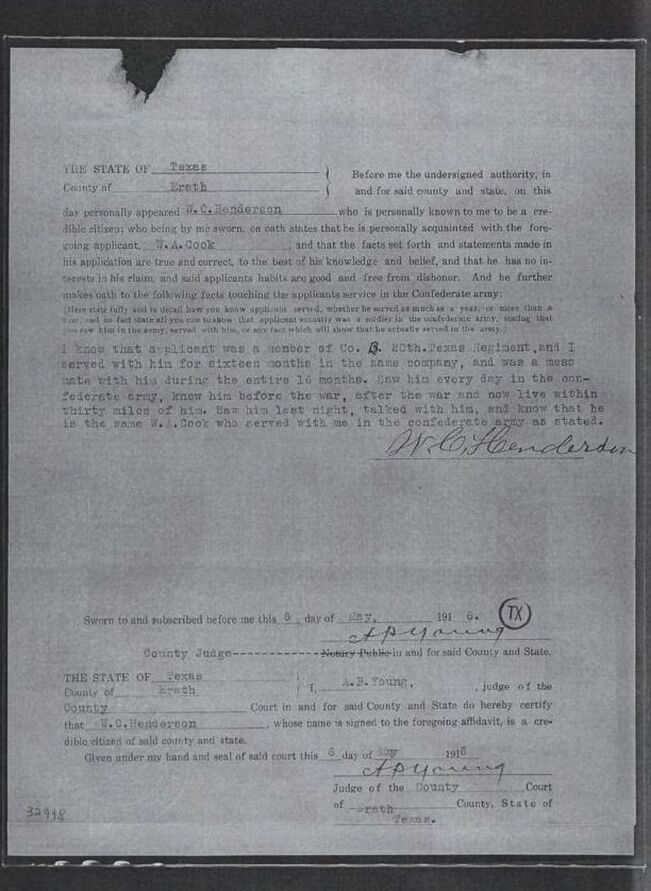 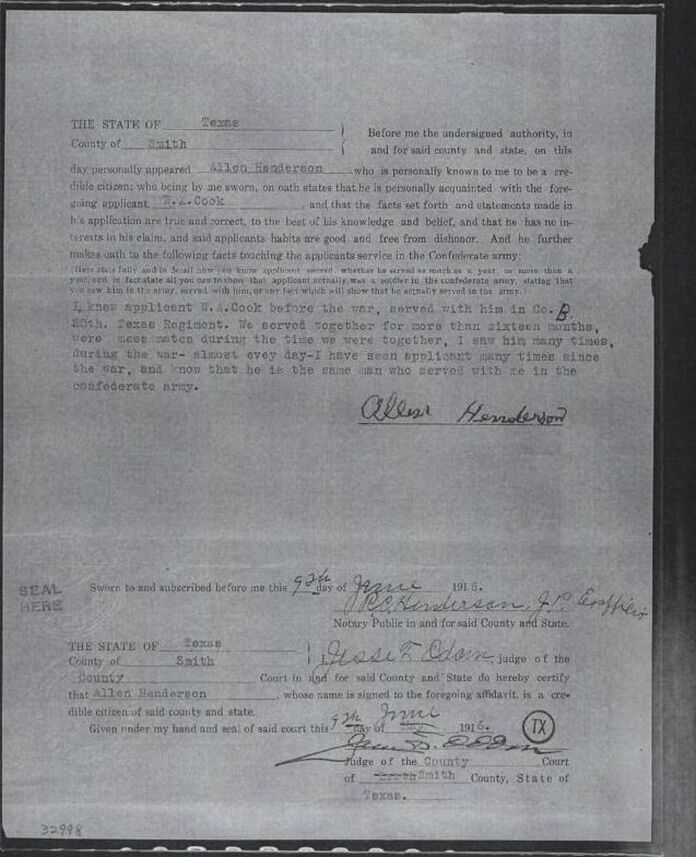 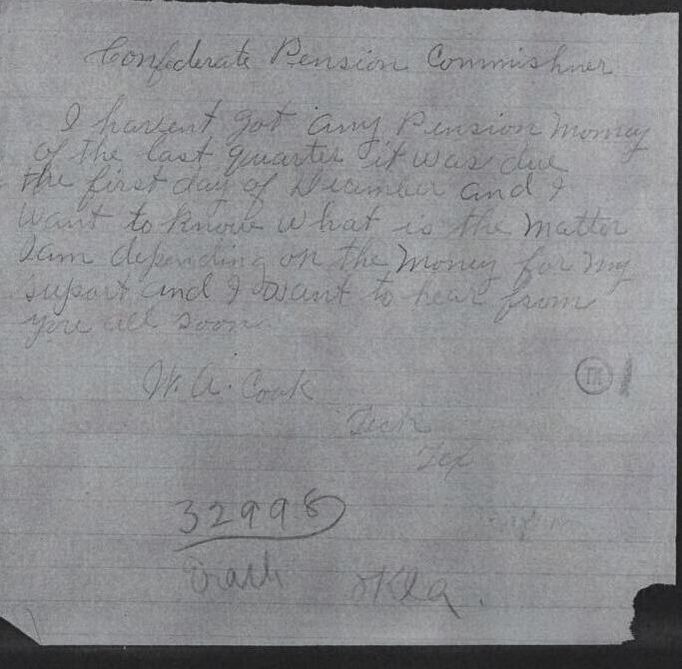 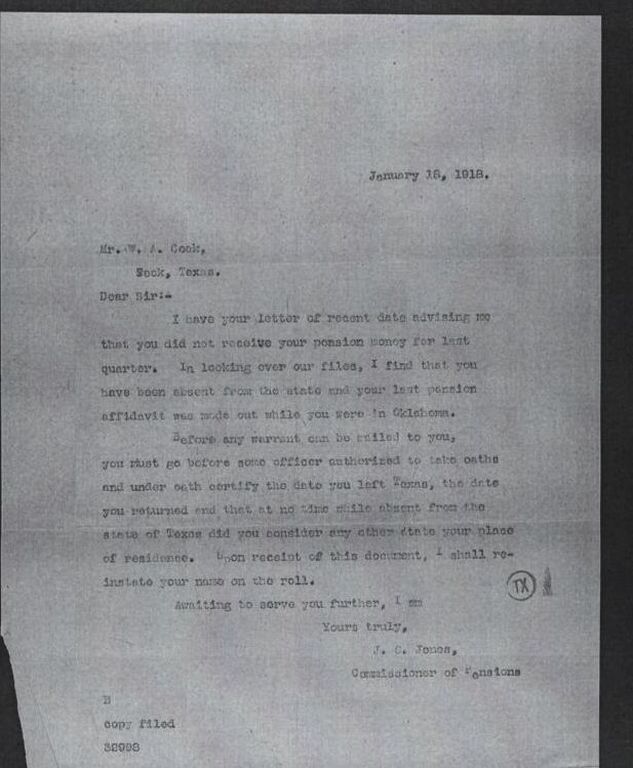 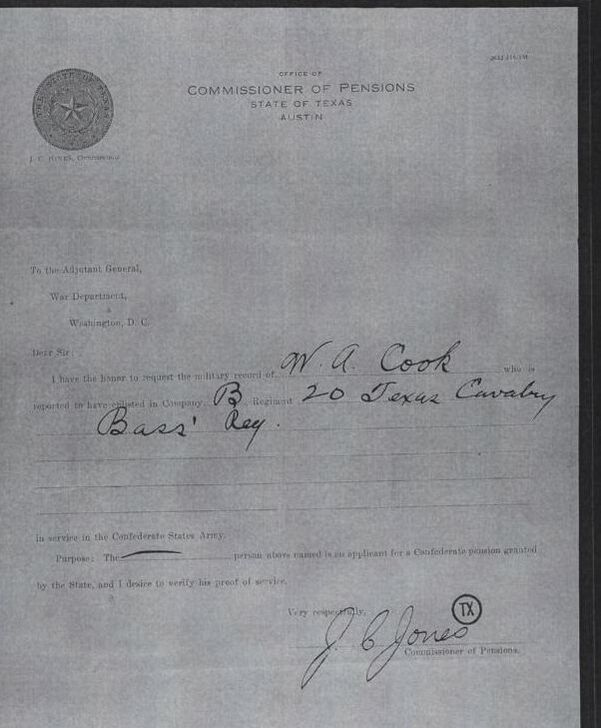 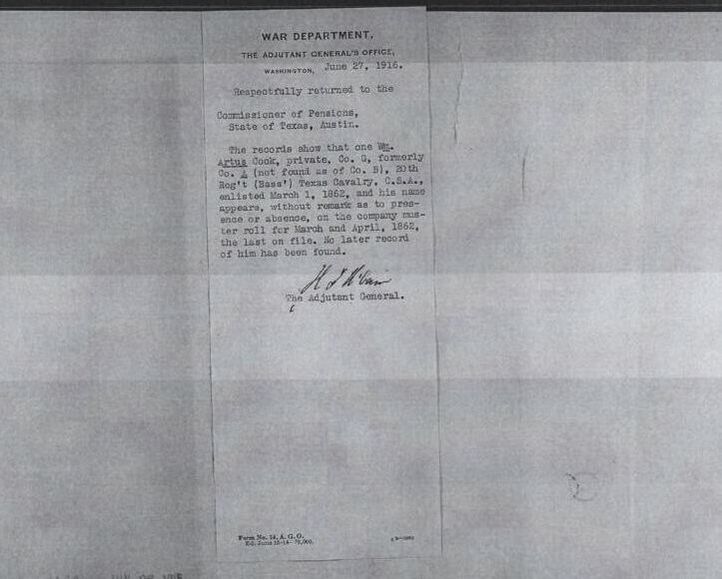 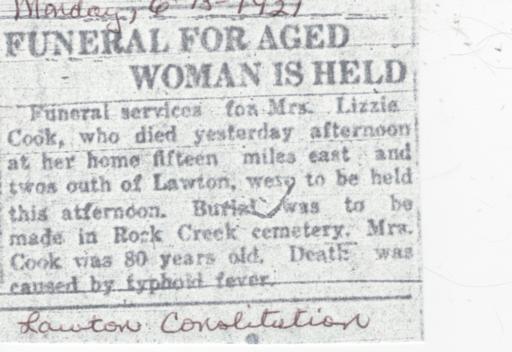 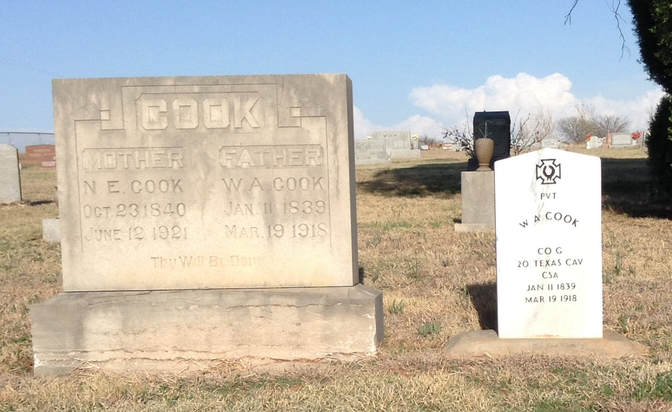