His occupation was as a carpenter and a joiner. In a century when most structures were built from wood, no tradesmen were more useful than the carpenter and joiner. The main business of the colonial carpenter was to cut and join timber and board into sturdy wooden homes and shops. Joinery is one of the specializations of carpentry.

In 1810, Thomas married Sarah McAdoo, the daughter of David and Margaret McAdoo. Sarah was born in 1792 in Guilford, North Carolina. In David McAdoo’s Will recorded April 14, 1815 in Dickson County, Tennessee recorded in Book A page 33, 34, and 35 it reads:

Thomas Burkett was listed in the men of the Natchez Expedition of 1813, serving with Captain Bradley, Troop 10.  (Tennessee Genealogical Society Records). In November 1812, the Governor of Tennessee received a call for 1500 volunteers for the defense of New Orleans. Thus President Madison concealed the real purpose of this expedition to Natchez, which was the invasion and occupation of West Florida, for New Orleans was not then threatened by the British. Andrew Jackson was Major-General of Tennessee Militia. John Coffee raised a troop of cavalry, and when Jackson's army was finally organized, Coffee was elected Colonel of the regiment of cavalry, or mounted gunmen, numbering 670. They assembled at Franklin, and on January 19, 1813, the overland march began. On February 16, they united with Jackson's other two regiments. They stopped at Washington, in the territory of Mississippi, a short way from Natchez. Great was the disappointment of officers and men when, after a month of idleness, an order came from the War department to disband, General Jackson, instead, led the force back to Nashville at his own expense, for which he was later reimbursed. For this Andrew Jackson earned the title “Old Hickory”.  [Source: "Ansearchin' News" June 1957] 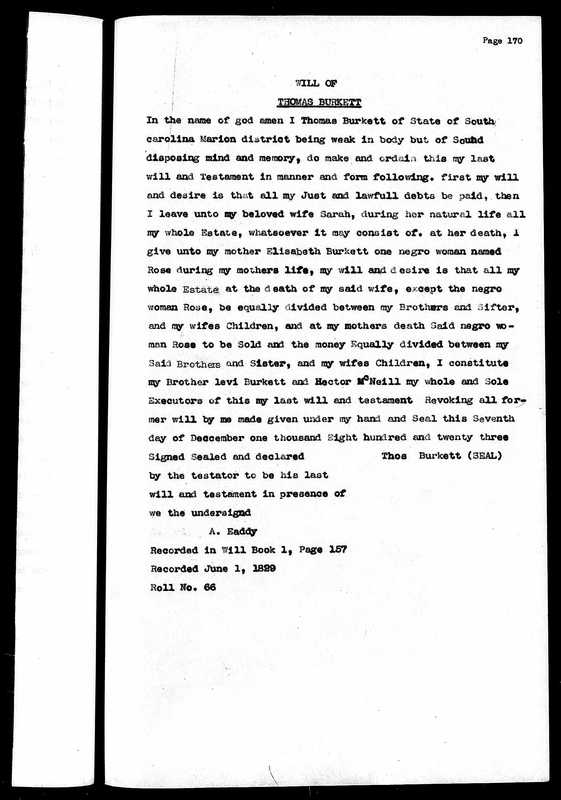 Click on arrow to go to the main Burkett Family page