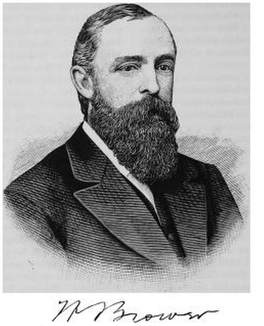 Child of William and Dorothy is:
vii.    Joseph Brown.

William Brown emigrated to America as part of William Penn's Quaker project in Pennsylvania, sailing in the fleet accompanying The Welcome on it's voyage to the new Colony in 1682. William and his brother James Brown, were the earliest pioneers in the Quaker settlement of Nottingham, Pennsylvania. "They were sons of Richard and Mary Brown of Wellingborough Monthly Meeting in Northamptonshire. (National Gen. Soc. quarterly Vol 70, Early Settlers of the Nottingham Lots, pg 284.)

While little information can be found about William Brown's early years, we are fortunate to have a version of his own account - stories gathered together by a descendent, George Churchman some years after William's death, and put on the public record. This material can be found within Gilbert Cope's book, The Browns of Nottingham, 1864.

From the account in Cope's book, we know William was born about four years after the conversion of his father, Richard Browne, to Quakerism. He referred to his father as a Minister who had earlier explored Baptism and Puritanism. William alludes to his father renting land and falling on hard times as a result of religious convictions.

William's family would have experienced increased hardship after his father's death in October, 1662. This is confirmed in The Browns of Nottingham where it is recounted that William specifies "... about the year 1663 ... his parents had suffered greatly and were much stripped of their property for fines &c, and he though a child about seven years of age, became very thoughtful of the cause of these things...". No doubt while 1663 was difficult for Quakers in general, it was an especially difficult year for the Brown family of Podington. Churchman's account doesn't necessarily imply the absence of the father 'about 1663' but it is important to note that the Churchman story about William's conversion at a young age, refers to his mother, Mary Unknown, comforting him. At the time, Mary would have been a widow and so Churchman's allusion to his parents in the plural, has been misleading. We can know more precisely then, that these events William spoke about probably took place sometime in the year following his father's death when he was about 5 or 6 years old.

The Brownes (the name possibly being simplified to Brown at some point before William leaves England) were active in their spiritual community because we find a Jeremiah Browne of Barford, shoemaker, Daniel Browne of Puddington, yeoman and a Widow Browne also of Puddington facing mass hearings at the High Sheriff's Assizes of 1668.

The Assizes document of 1668 supports William's account (G.Cope) that, while his father was born elsewhere, the family lived in Puddington, or as we know it today, Podington in Bedfordshire. From research by the Northamptonshire Family History Society, we know that William's father - "of Boasworth" - was most likely from Husband's Bosworth - in Leicestershire but very close to the Northamptonshire border.

In the Assize record, we find that William's relatives, Jeremiah and Daniel, are a shoemaker and yeoman, respectively. A look at the history of the term Yeoman suggests that at the time of the Browns, yeomen were farmers who could have either meagre or quite substantial wealth in the form of freehold, leasehold or copyhold land. (http://en.wikipedia.org/wiki/Yeoman) As no records have yet been uncovered of Wills or Property Deeds originating in England, we might assume the family lost a great deal of their financial security, like many other Quakers, as a result of their Nonconformist activities during and after their father's lifetime.

By 1677, James, William's brother, James, has departed England for America. William will follow him to the Colony within five years. Around 1680/1, he meets and marries his first wife Dorothy Presland and their son Joseph Brown is born before sometime before the couple leave for America in 1682.

William travelled to America as a passenger on board the Bristol Factor with his supplies most likely being loaded sometime in August 1682 from Bristol. Walter Lee Sheppard's 1970 book, "Passengers and Ships Prior to 1684", notes his inventory of goods, "assigned to William Browne" as including nails, gunpowder, cottons, shot, brass, pewter, linen, butter etc. Their ship arrived in the colony in late October, just a few days ahead of William Penn's, The Welcome.

On the voyage out, tragedy strikes as Dorothy dies somewhere at sea between the Old World and the New. By Churchman's account, Dorothy was uneasy but we're unsure if she dreads the voyage more so than the challenge awaiting them on the other side and no information has been found that describes any detail about her death other than it was at sea.

William Brown and his brother James were Ministers in the Quaker Church as had been their father. The family remained in the Marcus Hook Area and when the Concord Meeting was established there, became charter members.

In 1701, William Penn granted 37 lots of 490 acres each and allowed a new area, Nottingham, to be established. William and his brother James Browne were original settlers there. In 1705, a meeting hall was established at the home of William Browne and it became a part of the Concord Monthly Meeting until 1715 when it became part of the Newark Monthly Meeting.

"The Browns of Nottingham" is a rich document with especial relevance for those interested in the transmission of Oral Histories. The Churchman account just mentioned, about Dorothy's reluctance to travel to America in 1662, reveals a fascinating and priceless detail about a 17th Century ancestor. We rarely know what an ancestor looked like but here we know what somebody felt, or perhaps more accurately, intuited.

​Some of the following books can be obtained at http://archive.org for downloading
William Brown 1658-1746   https://www.wikitree.com/wiki/Brown-2504
"History of Chester County, Pennsylvania, with Genealogical and Biographical Sketches", Philadelphia, L. H. Everts, 1881​
"The Browns of Nottingham" by Gilbert Cope
"Biographical Annals of Lancaster County, Pennsylvania" , 1903
"Quaker Biographies A Series of  Sketches Vol. III", 1912
"Besse's "Collection of the Sufferings of the People called Quakers. Selections: etc", Richard C. Allen, 2005 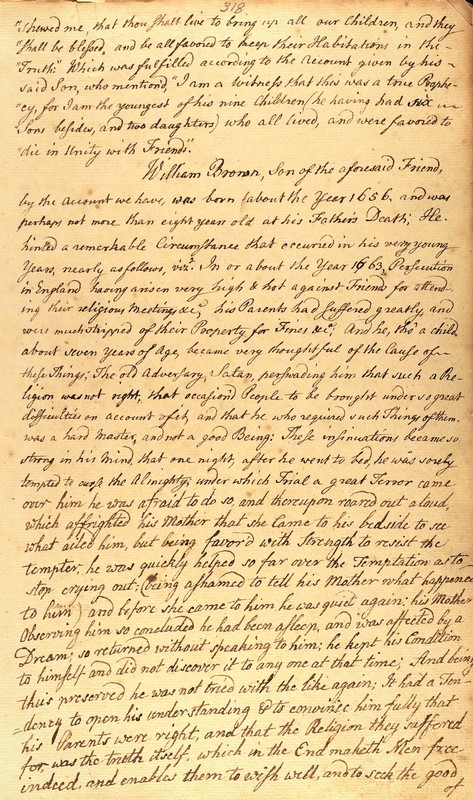 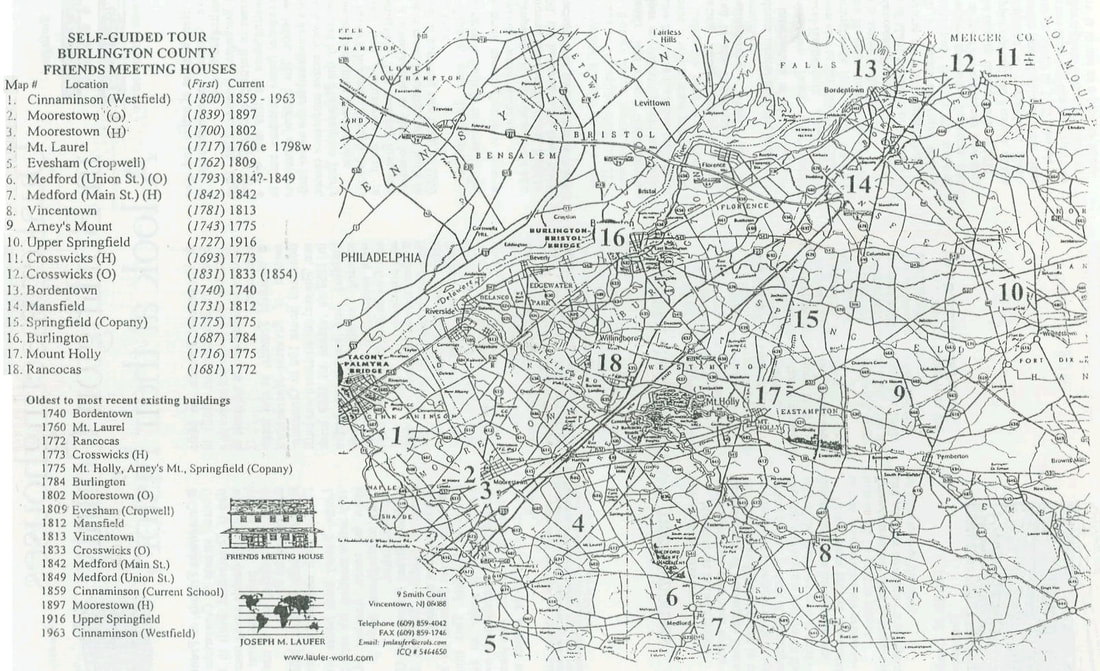