In summer of 1677, two hundred and thirty English Quakers sailed from London aboard the ship Kent and arrived on Chygoes Island on the east bank of the Delaware River, about fifty miles north of Salem. Their settlement was named Burlington. Over the next four years five or six additional ships followed bringing fourteen hundred or more people to Burlington and other new towns in West Jersey. Many of the immigrants were Friends, as is attested by the freeholder census of 1699 which showed more than a third of landholders in the province of West Jersey were Quakers. The highest percentage of Friends was in Burlington County.

Among the passengers of the Kent were William Clayton and a very young man named James Brown. Records of the first minutes of Burlington Monthly Meeting state that “the said friends in those upper parts have found it needful according to our practice in the place we came from to settle Monthly Meetings for the well ordering of the Affairs of ye Church it was agreed that accordingly it should be done and accordingly it was done the 15th of ye 5th mo 1678.”

The following year, the marriage confirmation of James Brown and Honour Clayton appear in the minutes of the Burlington, New Jersey Monthly Meeting: 1679, 6, 8 James BROWN of Markers Hook, m Honor Clayton, Burlington, Burlington MM, New Jersey. Honour, the daughter of William Clayton and Prudence Lanckford, was born 29 January, 1662, in Sussex, England and probably died in Chester County Pennsylvania after her husband’s will was written in 1715/6.
​
James Brown, the son of Richard Brown, an English Quaker, was born 27 March, 1636 in Puddington, Northampton, England and died 1st February, 1715/6 in Nottingham Township, Chester County, Pennsylvania. He sat on the first jury under British rule on 13 September, 1681, and, later sat on a jury with his brother William on 1st July, 1684. William was later arrival to New Jersey. Although James became a resident of Marcus Hook before his marriage, he remained in contact with other Quakers of Burlington, New Jersey. In his will, James refers to himself as ‘Yoman.’ 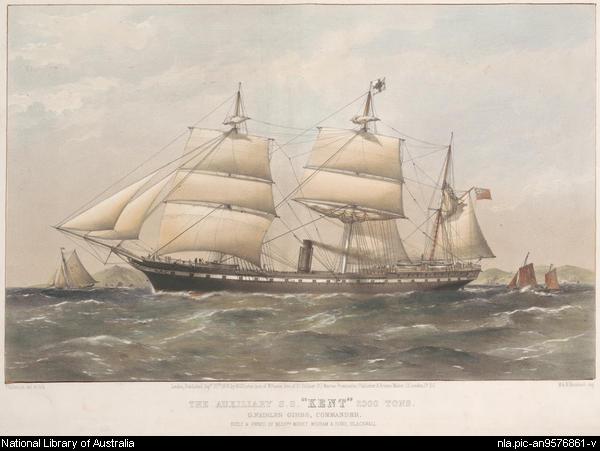 In the years 1677 and 1678 five vessels sailed for the province of West New Jersey with 800 emigrants, most of them members of the Society of Friends. Among the first purchasers were two companies of Friends — the one from Yorkshire, the other from London, who each contracted for a large tract of land. In 1677 commissioners, some of whom were chosen from the London, and others from the Yorkshire company, were sent out by the proprietors, with power to buy land of the natives, to inspect the rights of such as claimed property, to order the lands out, and to administer the government.
They came with other passengers, numbering in all 230, in the ship Kent, which arrived at Newcastle the 16th of the 6th month, O.S., and proceeding up the Delaware, landed at Rackoon Creek, where the Swedes had some "scattering habitations, but too few in number to accommodate them all, so that many had to take up their abode in stables, or erect huts in the Indian fashion."
The commissioners proceeded up the river to the place where Burlington now stands, which was then called Chygoes Island, from the name of an Indian Sachem who lived there. Having obtained interpreters from among the Swedes settled about New Castle, by their aid they made several purchases of land, but not having goods enough to pay for the whole, they agreed not to settle on it until the full amount was paid.
At Chygoes Island they laid out a town. "After locating the main street, they divided the land on each side into lots — the easternmost among the Yorkshire proprietors, the other among the Londoners. The town was first called Beverly, then Bridlington, and finally Burlington." (Smith's History of NJ)
As the price of lands at that day, and the manner of dealing with the Indians, may be a matter of interest, the following list of the articles given in excahnge for the tract of country extending twenty miles on the Delaware River, and lying between Oldman's Creek and Timber Creek, is taken from Smith's History of New Jersey. It was purchased in the year 1677, when the natives received for it, 30 match-coats, 20 guns, 30 kettles, 1 great kettle, 30 pair of hose, 20 fathoms of duffels, 30 petticoats, 30 narrow hoes, 30 bars of lead, 15 small barrels of powder, 70 knives, 30 Indian axes, 70 combs, 60 pair of tobacco tongs, 60 tinshaw looking-glasses, 120 awl-blades, 120 fish-hooks, 2 grasps of red paint, 120 needles, 60 tobacco boxes, 120 pipes, 200 bells, 100 Jews-harps, and 6 anchors of rum.
In the same history it is stated, that about the year 1703, two purchases, amounting to about one hundred and fifty thousand acres, were made from the Indians for seven thousand pounds.
The colony of West New Jersey continued to prosper under Penn and his associates. Colonists arrived in considerable numbers, good order and harmony prevailed, the country proved to be productive, the air was salubrious, and the Indians, being treated kindly and dealt with justly, were found to be excellent neighbours. The Friends, who had been persecuted with relentless severity in their native land, found a peaceful and happy asylum in the forests of the new world, among a people who had hitherto been reputed as ruthless savages.
In the same province, ten years before, the "concessions" of Carteret and Berkeley required each colonist to provide himself with a good musket, powder and balls; but now, the Friends came among their red brethren, armed only with the wapons of the Christian's warfare, integrity, benevolence, and truth; they met them without fear or suspicion; trusting in that universal principle of light and life which visits all minds, and would, if not resisted, bind the whole human family in one harmonious fraternity.
The colonists made it their first care, on landing, to establish meetings for Divine worship and Christian discipline. At the place where Burlington now stands, their first meetings were held, under a tent covered with sail-cloth. Here they were kept up regularly at stated times, until John Woolston built his house, which was the first frame house erected in Burlington.
At this house, and that of Thomas Gardner, soon after errected, they continued to hold their meetings until a suitable meeting-house was built.
Among the first objects that claimed the attention of their "Meetings for Discipline," were the care and support of the poor, the orderly conduct of their members, and the solemnization of marriages.
In these several respects, as well as in the efforts for putting an end to the traffic in ardent spirits with the natives, they faithfully followed their convictions of duty, and the colony was blessed with an unusual degree of prosperity and happiness.
​

Click on arrow to go to the main Brown Family page