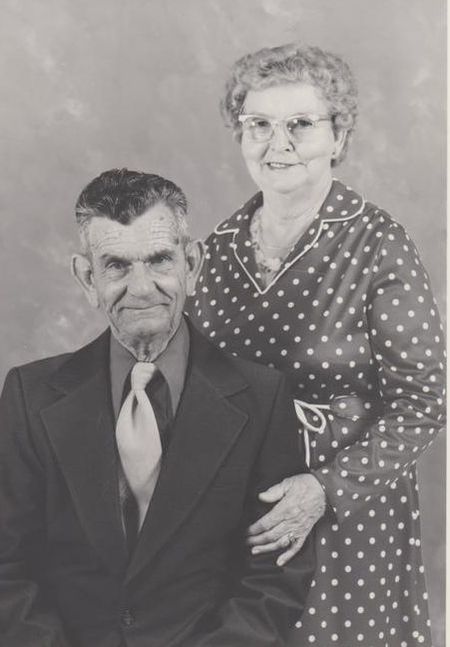 Granddad was a farmer. He always wore overalls when he was working. When he was off and going to town, he wore highly-starched dickies shirt and pants and a Stetson hat.  He owned so many that when he died everyone got one of his hats.  He worked on his sister and brother-in-law, Lowell and Bernice Cook’s farm and store at Central High, Oklahoma (between Duncan and Lawton) in the early days. He also worked as a foreman on Waggoner Farms in Dexter, NM which was owned by Lowell’s sister. Lowell was also Grandma Brooksie’s first cousin. There were several other farms in between, but he worked mostly on those two farms. We always loved staying for extended visits with Granddad and Grandma.  Their youngest son, George, was just two years older than I, and the same age as my sister Kathy.   Waggoner Farms had a unique irrigation system in that there was a reservoir where water was let out into irrigation ditches that were lined with concrete.  We would “swim” in the irrigation ditch, it was like a lazy river with cold water and minnows swimming in it.  One favorite memory of mine, is one summer it was just George and I and we decided we would start our own bait shop.  It didn’t matter that there really wasn’t anywhere to fish except the reservoir. We started catching minnows and filling up Grandma’s bowls from her kitchen.  It was amazing and amusing when the minnows multiplied so fast that they filled all of the bowls and containers Grandma had and her dining room was filled with them.  She didn’t put up with it for long and made us release our bait back into the reservoir.  Waggoner Farms was a very large cotton farm and it provided us endless things to play – in the barn with the hay bales, in the cotton playing army, or on the cotton pickers which had radios and lights.   We would also play outside at night under the guard light “gigging” frogs.

Granddad retired from Waggoner Farms about 1970 when I was in the 6th grade. Even though Granddad retired, Grandma didn’t, she had always cleaned houses for people and when they moved to town she went to work solely for one of the richest ladies in town, Mrs. McGee.  She worked there well into her late 70’s.

Granddad and Grandma “moved to town” and owned their own home for the first time. Granddad had worked for so long and for so hard, (sunup to sundown)  he did not like to stay still.  He mowed yards for a while, and when he didn’t find anything else to do he walked. Everyone knew when he stood up and got his Stetson hat he was going for a walk.

While Granddad wasn’t a big talker (though he would always start out by saying “Well, I’ll tell you…”, Grandma was known for singing and telling stories and giving tips on how to “keep house.”  When she wasn’t talking she was singing, she had a beautiful voice.  These were about the only two people I had never seen mad or say a cross word about anyone.  Granddad’s voice was as a whisper. I had only heard him raise his voice one time and that was when George, Kathy and I had gotten into some kind of grain bin and could have been smothered by it.   Granddad loved to giggle and tell you secrets. 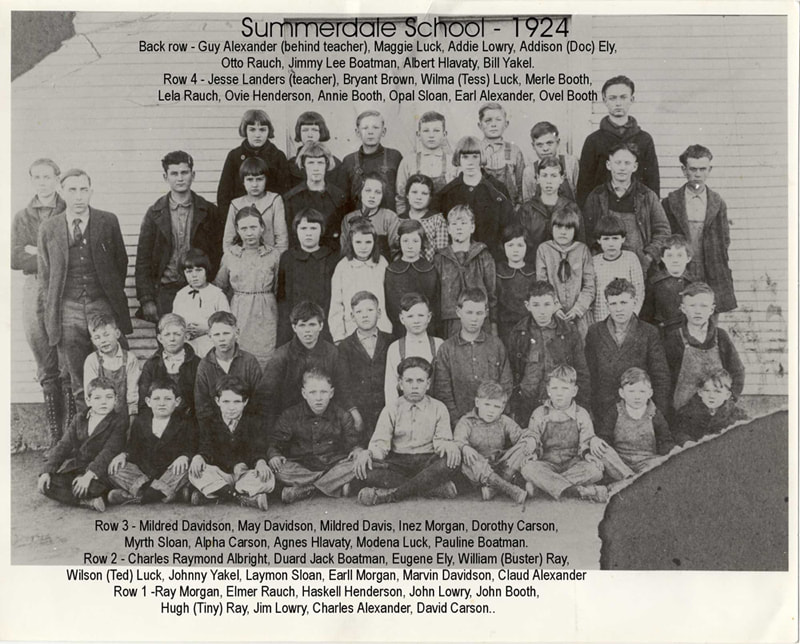 George (used the name Oval (Ovel), age 16), along with his brothers and sisters. A side note: The teacher, Jess Landers was the husband of Era Cleffie Pollock, sister of Curtis Lester Pollock