Devault Tebald Walter Beck
(Abt. 1715 -  Abt. 1789)
​
Catherine
(Abt. 1718 - Abt. 1790)
Devault Tebald Walter Beck was born circa 1715 at Palatinate, Germany. It is believed that his parents were Johan Jakob Beck and Elizabeth from Ebingen,Schwarwazwaldkrels,Wurttemberg,Germany.  He married Catherine, last name unknown, circa 1738. Devault died circa 1787 at Abbotts Creek, NC. Catherine died circa 1790 also at Abbotts Creek NC.

Devault Beck, John Phillip Beck, and John Valentine Beck arrived in America from Germany in August 1750 on the the ship Phoenix. Devault Beck swore an oath of allegiance to the Revolutionary Government and to the State of NC on 6 Aug., 1778. He received two land grants for 200 acres and 500 acres, both on Pounder's Fork on 4 Nov., 1784. Ponderer's Fork is a branch of Abbotts Creek.

In 1757 Devault Beck and his wife Catherine moved from Lancaster, PA to what is now known as the Beck's Church section of Davidson County, NC. Devault and Catherine Beck raised their children in a cabin along Pounder's Fork of Abbotts Creek in Davidson County, NC. On 24 Apr., 1786, he sold 200 acres to his son John and 200 acres to his son George.

Davault served in the militia during the Revolutionary War along the Yadkin River in North Carolina. A Memorial Monument was placed in Beck's UCC Cemetery, Lexington, North Carolina on September 30, 2000 when descendants gathered for a reunion.

Children of Devault Tebald Walter Beck and Catherine were: 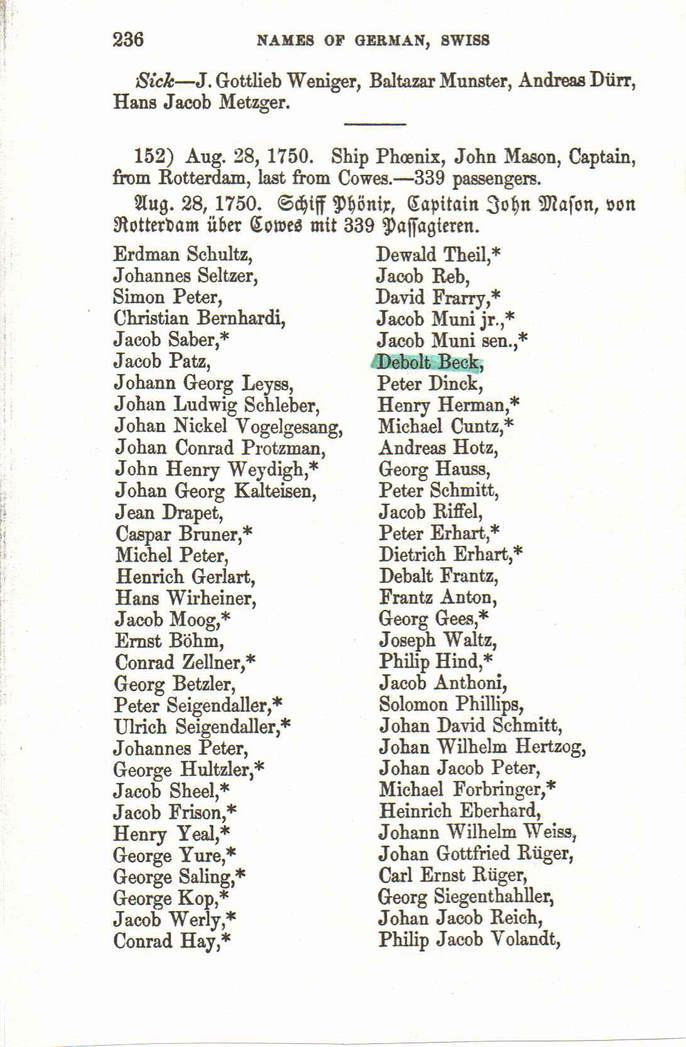 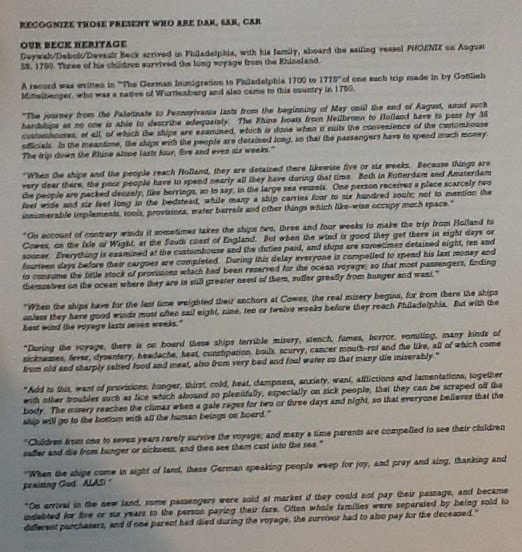 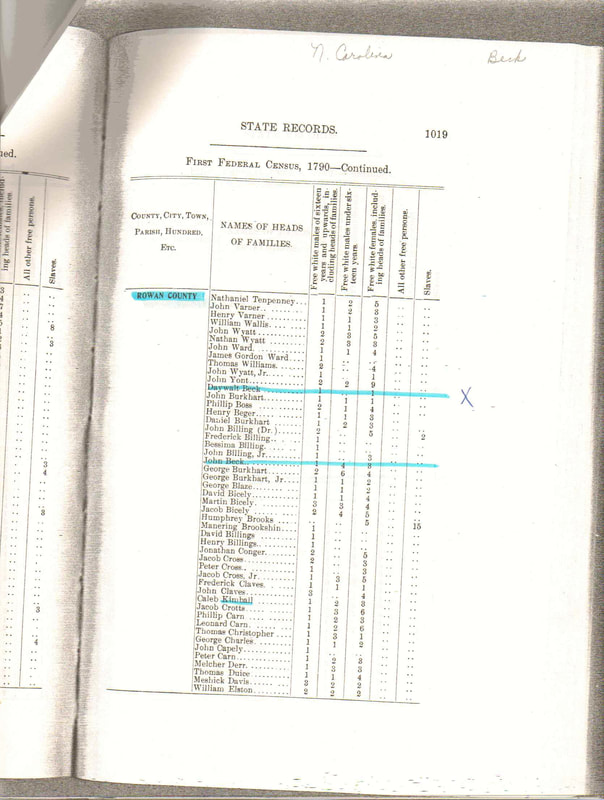 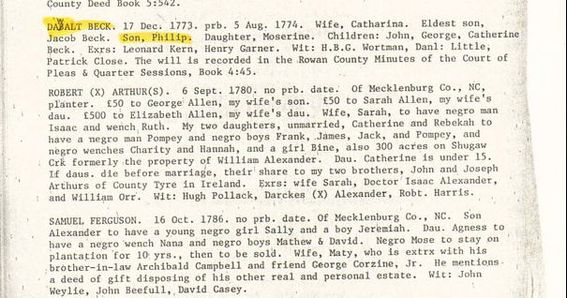